Backend development is behind-the-scenes web development. As the supporting structure, backend connects front end web pages to the database without ever interacting with the users.

Instead, the backend stores data extracted from front end processes established for the user interface. Many developers working in the backend focus on building the structure of the program, the organization of data information, and solving logical problems.

Backend development can be complex, requiring a diverse knowledge of multiple languages, including Python and PHP.

Originally named Hypertext Pre-processor, PHP is a server-side scripting language. In other words, it’s used for complex and dynamic web development—websites with pages and streamlined user-designed traversing. The language is HTML-embedded, making it compatible with HTML allowing for simple weaving into any code. Many companies prefer PHP for its efficiency and customizability.

In 1994, Rasmus Lerdorf created PHP initially as a set of Personal Home Page tools for his homepage. Years of improvements evolved PHP into the server-side scripting language it is today, including many aspects of the C language.

Content Management Systems like WordPress and platforms like Wikipedia, Facebook, and Yahoo use PHP for its high HTML compatibility. Adding PHP syntax to HTML code is incredibly flexible. Facebook, for example, uses PHP for its back-end programming language. Servers like Microsoft and Apache use PHP, and even systems like Windows, Mac OS, and Linux include some PHP as well.

» MORE:  How to Learn Windows Server

As one of the most in-demand, commonly used languages, there’s no limit to what Python can do. Its general-purpose design allows for a variety of applications, from web development and machine learning to desktop applications like Graphical User Interface (GUI). Python is famously high level and easy to learn compared to PHP.

Created by Dutch programmer Guido van Rossum in 1991, Python has been circulated and revised throughout communities worldwide. The simple language was originally meant for scripting and has evolved today to be an equally simple, object-oriented programming (OOP) language. Google utilized Python to provide the back-end structure for Youtube. As a top global search engine giant, Google contributed to Python’s popularization. However, other prominent companies like Instagram and Spotify also use Python.

Python and PHP: The Similarities

Existing as open-source programming languages, PHP and Python have a high rank in the programming community. Both are also free to use, allowing permission for continual revising. As such, both languages have extensive libraries and community support for debugging and issues. Programmers have available resources if they’re ever stuck in the learning process.

PHP vs Python: The Differences

Although both are involved in web development, PHP is a server-side script while Python is a full-stack coding language.

While they are both considered general-purpose to a degree, Python is broader and specialized for certain tasks—like machine learning–and PHP is built and used almost exclusively for dynamic web pages.

PHP’s server-side scripting gives it the ability to create dynamic, modern web pages, with a variety of perks like an efficient storage system and sending and retrieving data from the client-side. Server-side scripting is like a middleman between the back-end structure and the client’s interaction with the web pages. Any data stored server-side is used to customize the user’s experience.

» MORE:  How to Learn Human Psychology and Unlock the Secrets of the Human Mind

Python’s full-stack capabilities allow it to handle both server and client sides. In other words, programmers can use Python code for front end and backend work. This characteristic factors into Python’s flexible range of possible uses.

To decrease the amount of time learning to code, Python is the go-to language. With its syntax clarity, Python is suitable for anyone with no programming background who may have some trouble translating certain actions into code. Is it the easiest language to learn? Well, coding is challenging regardless of the language, but that’s where the fun of becoming a Python developer comes in.

As for PHP, the language itself is a bit more complex and has a higher learning curve. The high customizability of PHP can result in a longer code that’s difficult to manage and organize. Fortunately, PHP frameworks are available to make designing and developing web pages smoother.

Python can beat the older versions of PHP by a landslide in speed. However, the most recent update of PHP 7 is about three times faster than the current version of Python. In action, you probably won’t be able to see the difference in run-time between the two. It really depends on what types of applications you are coding—for example, applications that rely on speed for security purposes, like banking applications, will need the fastest language, which is PHP. Otherwise, using either will not negatively affect the run-time of simpler applications.

Any web development language will equip programmers with several framework options. Frameworks streamline the process of devising websites since the code always starts with a similar base anyway. Python frameworks include Django, Pyramid, and Flask. Out of these, Django is preferred among Python programmers for its rapid performance and ease of usage.

» MORE:  OpenShift vs Kubernetes: Key Differences Between the Platforms

PHP’s frameworks include Codeigniter, Laravel, Symphony, and Zend. Most PHP developers tend to use Codeigniter and Laravel, developing most PHP-based applications with these frameworks. Given the complexity of PHP, the frameworks still require some experience to handle. Thus, Python wins in the framework department.

Python vs PHP: Is One Better than the Other?

The bottom line is: Both Python and PHP can be suitable, depending on your goals and current skill level. The main function of PHP is web development; that’s how it manifested into the programming realm and why it powers most websites. It also has the ability to run on most systems from Windows to Mac.

Python is quite a productive, high-functioning language, making it the first choice for a lot of beginner’s courses. What it lacks in complex customizability, it makes up for in simple syntax, readability, and a broad range of uses.

I would recommend learning Python for beginners and those who aren’t sure what career they want yet. PHP is fitting for more proficient aspiring web developers. 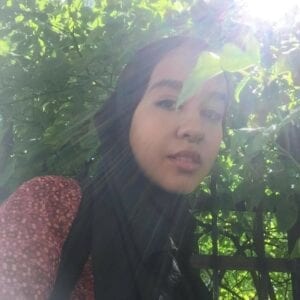 Rhita Koubbi
Writer at Career Karma
Rhita is a Chicago-based writer who enjoys feeling clever about breaking down complex topics in coding and making tech accessible to anyone. read more
Share This
Dec 23, 2019
Comments (0)