In 1908, the French cartoonist Émile Cohl created the first animation. By 2018, the global animation industry was valued at $259 billion and was expected to reach $270 billion by 2020 before the COVID-19 pandemic threw off the normal course of production.

It is one of the fastest-growing and most profitable industries in the world. Animated content, including video games and VFX, is more popular than ever on channels such as Twitch, Amazon, Netflix, and Hulu, as well as social media platforms.

Breaking into the field has become a lot easier thanks to the necessary software becoming cheaper and more accessible. That being said, many of the programs still take a lot of time to master.

Read on to learn how you can enroll in the top animation courses to enter this creative tech field.

Animation is the practice of bringing static subjects to life. It captures sequential images of photos or drawings of inanimate objects and plays them rapidly to mimic motion. Think of it as a flipbook.

Besides drawings, animation can also involve cut-out figures, moving character rigs in 3D software, or movement from malleable characters made out of plasticine, which is known as claymation.

What Is Animation Used For?

There are many different kinds of animation, but the two most common types are 2D and 3D. Let’s review the details of these below.

Let’s quickly break down the other, less common types of animation that you may come across.

3D animation is also known as CGI or computer-generated imagery. It is used to make digital characters and animation come to life.

When you think about traditional animation, this is it. Before the 1990s, animators drew all characters frame by frame. Then, those drawings were transferred onto clear acetate sheets to be painted.

Throughout the 1990s, most animation studios started scanning drawings into a computer to be digitally colored, instead of coloring with acetate sheets. Nowadays, many 2D animators draw directly on a tablet. With 2D drawings, animators have the choice of creating them entirely digitally, manually, or using a mix of the two.

Today, 2D design can be done with a 2D digital puppet that is built with a system of bones and controls. That is why hand-drawn and 2D-rigged characters can seem very similar. Programs such as Adobe Animate or Toon Boom Harmony will let you mix and match 2D puppet techniques with hand-drawn characters.

Stop motion animation can be achieved in many different ways by manipulating a real-world object. The object is moved slightly, then photographed one frame at a time. When all these frames are put together, it gives the illusion that the object is moving around.

» MORE:  How to Become a Counselor: Mastering Mental Health

One popular example is the TV show South Park. Originally, the comedy cartoon was made using paper-cut animation. That is another method of stop motion in which the characters are cut out of paper. They are then moved and photographed frame by frame, just like a stop motion puppet.

Motion graphics animation can be either 2D or 3D. This type of design revolves around making integrated presentations by moving text and illustrations. It is often used for commercials, sporting events, explainer videos, and on the news.

Don’t feel bad if you did not impress your art teacher in school with your doodles. You don’t have to be great at drawing to get started.

With animation, you can start small and develop your skills and style over time. Even if you are already good at drawing, it will still take hours of practice to become a professional. The important thing, regardless of your skill level, is that you enjoy putting pen to paper or tablet.

How Long Does It Take to Learn Animation?

This will vary depending on your skill level when you start. You could learn animation in as few as seven days using a program such as Adobe Animate. But learning all the skills necessary to become a professional animator could take years.

For a beginner spending an average of three to four hours per day to learn, it could take eight months to a year to become proficient. Keep in mind that you will need to master several tools and programs. Animation is a craft, so you will continuously need to work on your drawing and tech skills, which will require a lot of time and dedication.

How to Learn Animation: A Step-by-Step Guide

Are you unsure of where to begin? Allow us to break the process down for you in this step-by-step guide.

» MORE:  How to Become a High School Teacher

The Best Animation Courses and Training

If you want to become a successful animator, it is a good idea to study drawing and acting. If you want to direct your own animated movies, you may want to study drama, camera work basics, and storyboarding. These will help you become a strong visual storyteller.

One of the benefits of working in a creative industry is that it is your work that matters, not where you went to school. Make sure that you have a really good demo reel featuring your best work before you apply for jobs and internships, as this will essentially be your business card. This could end up being even more important than your resume.

In the past couple of years, online courses have become very popular. They are an efficient and often affordable way to get into the animation industry when compared to a traditional art school.

Another advantage is that you can explore whether you enjoy a subject before you commit years of your life to study it in college. You can always pursue an art degree later if you love your online studies. Then, you can pursue numerous art careers.

If you are transitioning from a different career path, you can take animation courses to become job ready in your spare time.

Below are some examples of awesome online animation courses you may want to take as you get started.

American illustrator and designer Libby VanderPloeg, whose clients include Instagram, Tumblr, Netflix and TED Talks, teaches you how to turn your original illustration into an animation. She uses Procreate, which is a digital illustration app, specifically made for iPad. You will learn storyboarding techniques, how to build and refine your characters, and how to animate in Photoshop.

This tutorial is taught by Justin Harrison, a character and technical animator with more than seven years in the game development industry. He has previously worked on titles such as The Bourne Conspiracy and Transformers: War for Cybertron.

» MORE:  A Guide to High-Paying Jobs That Require Travel

This course is project-based and covers the 12 basic principles, plus how Maya can be used to create amazing 3D animations and art.

Below are a couple of great free courses that are sure to get your creative juices flowing.

This eight-week online lesson intertwines animation with programming to teach you how to become a 3D-animation storyteller. In it, you will learn Alice, which is an object-based computer programming language. With it, you can build your own interactive game.

Swedish animator Claudio Salas, who has worked for Apple, Google, and The New York Times, leads this video-based crash course in After Effects. He will teach you how to create an emotionally-driven character, and how to import and rig a character design in After Effects.

There are quite a few options if you want to take a certification course. Many of them are created to give you the professional credentials, or the portfolio necessary, to be able to apply for entry- to intermediate positions.

One thing to keep in mind, and this applies to all animation courses, is that every teacher will have a particular style. It is a good idea to check out the course previews beforehand to see if you think it will be a great fit, depending on what you want to learn.

The video game engine Unity offers a series of official certification courses, aimed at entry- to mid-level 3D artists who have been using the platform for a couple of years and who want to become professionally certified.

Based on two hours of study per week, this particular course will approximately take seven months to complete. Topics include character setup; asset creation and management; and script integration to produce interactive work. The modules are designed to help you prepare for the Unity Certified 3D Artist exam.

Should You Study Animation?

You should absolutely study animation. It is an exciting field where you can combine your love for storytelling with the latest technology, and be surrounded by people who enjoy designing and drawing as much as you do.

As the industry and the technology used in it keeps evolving and expanding, so does the need for talented individuals. Even at this very moment, when many other industries have been hit hard by COVID-19, animation, visual effects, and video game companies are still hiring.

There are lots of opportunities for freelance, contract, and project-based work. So, start gaining skills through online training courses, and land one of these great opportunities. 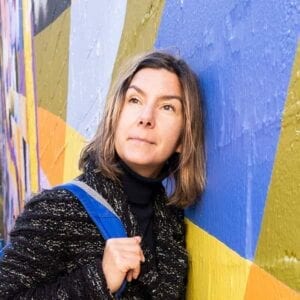 Malin Dunfors
Writer at Career Karma
Malin is a writer at Career Karma, where she covers topics such as digital marketing, animation, and HTML. A digital journalist by trade, Malin has used her degrees from Emerson College and Hawaii Pacific University to offer her skills to BNN Bloomberg, R... read more
Share This
Nov 30, 2020
Comments (0)