Politics is more than just choosing the right candidate. It’s a complex subject that takes years of study to master. By earning a Bachelor of Arts in Political Science, you’ll explore the various aspects of politics, both domestically and internationally.

Below is our guide to obtaining this degree, its benefits, and what career opportunities are available to those who graduate.

What Is Political Science?

Political science is the study of the structure, principles, and processes of government. Through political science, individuals will gain a better understanding of how politics works.

By earning a political science degree, you will learn a variety of skills that will be useful in government, business, law, journalism, nonprofits, and international organizations. But political science isn’t just American politics, it also explores politics on a global level. Some programs even have a focus on international relations.

While studying for your Bachelor of Arts in Political Science, you will dissect politics and examine how it impacts people’s lives. In this field of study, students will develop their critical thinking, research, and analytical skills.

However, the differences between the two programs should not be a major concern. Due to the nature of the field, political science will always cover both the humanities and social sciences. Whether you choose a BA or BS, you’ll receive a similar education and both degree types will allow you to work in similar fields.

Top Jobs for a BA in Political Science

A degree in political science will allow you to work in a high-paying career in one of several fields, from the government to the private sector. Below are some of the best, highest-paid positions for those with a Bachelor of Arts in Political Science.

A public relations specialist is someone who maintains the public image of a business or organization. Working in public relations requires a strong understanding of your community, your company’s current standing, and its relationship with its customers.

Although working as an attorney requires a law degree, it’s possible to work as a paralegal with a bachelor’s degree in political science. As a paralegal, you will be responsible for assisting legal professionals with their cases.

This work involves conducting research, organizing files, and preparing documents for legal proceedings. Students with a political science degree will be successful in this position due to their critical thinking and analytical skills.

Regardless of where you work, political scientists all have similar responsibilities. In most cases, you’ll collect and analyze data, examine the effectiveness of certain policies, and conduct research.

The pay is great and there is growth potential, but keep in mind that a master’s degree is often required for this position.

It’s not easy being a politician and running a campaign. As a political consultant, you’re responsible for the candidates. Your work would involve managing a successful campaign to help candidates garner support from voters.

If a candidate has a poor image, a political consultant will help repair it. A political science degree will provide you with the background knowledge and understanding to serve any candidate.

The skills a political science major obtains in school will prepare them for this career. Market research analysts do survey research, opinion polling, and more to gain an understanding of consumers’ views. They also create extensive reports and new plans of action.

Among political science-related careers, market research analysts have the highest job growth rate, at 18 percent. This is due to the increasing use of data across industries, which is boosting the demand for market research.

In legal disputes, dialogue between parties can be tense. An arbitrator helps people resolve a conflict to the satisfaction of everyone involved. A political science degree will equip you with the skills for this job, as you will have studied how to settle differences between groups.

Should You Get Your Bachelor of Arts in Political Science?

The term political science may lead you to believe that you will work exclusively in politics and government affairs, but that is not the case. Studying political science allows you to develop your analytical, research, and critical thinking skills.

While studying political science, you will learn how an individual or organization interacts with others. You will explore the effectiveness of certain policies and the theory behind a strong political campaign.

This field of study, whether applied to politics or business, will allow you to analyze situations from a unique perspective.

You may also choose to pursue further education, earning your graduate degree. For example, a common path for those with a bachelor’s in political science is to attend law school to become an attorney.

Whichever path you choose later, if you have a passion for politics or the way government works, then a bachelor’s in political science may be right for you. 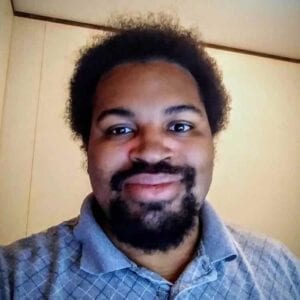