In this article, you will discover the highest-paying flight attendant companies. This guide also includes several airline reviews and salaries to help you choose the best one to jumpstart your exciting career as a flight attendant.

What Is a Flight Attendant?

A flight attendant is a member of an airline’s staff who ensures the safety and comfort of passengers during air travel. During a flight, they look after all passengers and other airline cabin crew members and ensure everyone is following the safety protocols. Flight attendants are also responsible for providing passenger services, such as serving meals and beverages.

Other important job duties of flight attendants also include providing safety instructions and medical care during aircraft emergencies. One of the most popular occupations in the aviation business is a flight attendant. You do not need a college degree, but you must finish the suitable training program and acquire the essential experience that employers look for.

How to Get a Flight Attendant Job

In this section, we give you some important tips on how to become a flight attendant. Airlines process a huge number of job applications, so you should invest time in training and obtaining all necessary qualifications. Below you will find some essential information on how to land a position as a flight attendant.

Delta Air Lines, is a 96-year old airline, which is one of the oldest in the world. It was founded in Macon, Georgia and is currently headquartered in Atlanta. It operates in over 50 countries with more than 5,000 daily flights. Delta is also one of the biggest airlines in the United States.

What Does Delta Air Lines Pay Its Flight Attendants?

» MORE:  How to Land a Job at Roblox and Create Video Games

Delta flight attendant reviews on Glassdoor mention an overall good experience working for this airline. Many flight attendants said that they have amazing colleagues and there are plenty of internal job opportunities at this company. They also love the benefits and the travel perks they receive. However, Delta has no flight attendant union. There are also inconsistencies in their sleep schedules.

American Airlines is another major airline in the United States that was founded in April 1926. This airline serves more than 2 million passengers every year and operates over 6,000 daily flights in more than 50 countries. American Airlines was formed when 80 small airlines merged. The company has more than 100,000 employees.

What Does American Airlines Pay Its Flight Attendants?

According to several flight attendant reviews, this company offers job security and has good union management. Flight attendants undergo rigorous training, as well. However, some have complained about early mornings and scheduling conflicts. They must also work long hours, and the majority of the time, flight attendants work on holidays

This airline was first named Executive Jet Airways in 1964 and became NetJets in 2002. This private jet company is currently headquartered in Ohio and employs about 7,000 people.

What Does NetJets Pay Its Flight Attendants?

Several previous and current flight attendants at NetJets mentioned that they love the flexible schedules and the travel perks it offers. They also work with friendly people. However, some of them said they work long hours and can be given difficult tasks.

Hawaiian Airlines is a commercial airline founded in January 1929 and was first named Inter-Island Airways. In October 1941, the company’s name changed to Hawaiian Airlines. The firm serves 32 destinations and has a fleet size of 61 airplanes. It is currently headquartered in Honolulu, Hawaii, and has more than 7,000 employees.

What Does Hawaiian Airlines Pay Its Flight Attendants?

Hawaiian Airlines pays flight attendants an average annual salary of $61,434, according to Indeed. This is 88 percent higher than the average salary of flight attendants in the United States. They also receive medical plans, retirement plans, life insurance, disability insurance, and an employee assistance program.

Flight attendants’ reviews mention that Hawaiian Airlines allows them to learn many safety procedures. It also values employees and provides a great work environment. However, an employee mentioned that they only have short breaks.

Air Canada was first established as Trans-Canada Air Lines (TCA) in April 1937. It is currently headquartered in Montreal, Quebec. Air Canada Airlines employs more than 30,000 people. This airline provides more than 200 flight destinations which include 64 domestic flights and over 150 international flights in more than 40 countries.

What Does Air Canada Airlines Pay Its Flight Attendants?

» MORE:  Best Companies to Work For in Boston

Several employees love the travel benefits that the airline offers, even for part-timers. Flight attendant reviews show that this is an amazing company with a good work environment. It also offers great training and teamwork. However, others said they have had difficulty adjusting to their sleep schedule. Some also mentioned the long working hours and the poor management, as well.

What Does Southwest Airlines Pay Its Flight Attendants?

Southwest employees believe this company is one of the best companies in the world. Several flight attendant reviews on Glassdoor mention that this is a great company with a good work environment. They also love the benefits as well as the flexible schedule. However, one review says that management should improve.

United Airlines is a major airline in the United States founded in April 1926 and was first known as Varney Air Lines. It has 432 flight destinations and is currently headquartered in Willis Tower, Chicago, Illinois. The company currently employs more than 90,000 people.

What Does United Airlines Pay Its Flight Attendants?

Reviews of flight attendants on Glassdoor mentioned that this airline employs great people, and flight attendants work with amazing colleagues. They love the flexible schedule and the travel benefits they receive. It also gives them many opportunities for career growth. However, flight attendants sometimes encounter unpleasant customers.

The company was first established as McGee Airways in 1932. Alaska Airlines is also a member of the world’s third-biggest airline alliance, the Oneworld alliance. More than 16,000 employees are currently working at this airline. Alaska Airlines is based in SeaTac, Washington.

What Does Alaska Airlines Pay Its Flight Attendants?

Flight attendants earn an average annual salary of $40,439 at Alaska Airlines. The salary for experienced flight attendants at this airline can reach $95,000, per year. They also get employee benefits such as a 401k plan, holiday pay, an employee stock purchase plan, employee discounts, and an annual bonus.

Flight attendant reviews show that Alaska Airlines is a great place to work. They love the flexible schedule and the flight benefits as well. The company also values its employees. Some reviews mention that flight attendants work in a fun yet challenging work environment.

Allegiant Airlines is North America’s fourteenth biggest commercial airline. Allegiant Air is headquartered in Las Vegas, Nevada, and was founded in January 1997. As of 2018, this airline employs 5,000 people.

» MORE:  Is It Hard to Get a Job at Nvidia as a Coding Bootcamp Graduate?

What Does Allegiant Airlines Pay Its Flight Attendants?

Former and present Allegiant flight attendants mentioned the fast-paced environment at the company and the excellent growth opportunities it offers. However, others said that they experience scheduling challenges and there are some unexpected delays, as well. Flight attendants also work for long hours, and some mentioned that there is room for improvement regarding management.

Horizon Air is a regional airline headquartered in Seattle, Washington. It was founded in May 1981. It has 45 flight destinations and is one of the largest regional airlines in the United States. More than 3,000 people are employed at this airline.

What Does Horizon Air Pay Its Flight Attendants?

The average wage for flight attendants at Horizon Air is $32,434, every year. This can range from $18,565 to $83,047. Employees are also given a benefits package that includes health insurance, dental insurance, paid holidays, employee discount, and a 401k plan.

Several flight attendants shared their flight experience regarding this airline on Glassdoor. They mentioned that this is a great company to start your flight career. They also love the travel benefits as well as the friendly crews. However, management should improve, according to some reviews. Moreover, one flight attendant said there is no work-life balance at this airline.

Why You Should Become a Flight Attendant in 2022

You should become a flight attendant in 2022 because of the job growth this profession is experiencing and the fantastic opportunities to visit beautiful cities around the world. Airlines also offer flight attendants a wide range of benefits, including a layover allowance and paid accommodations during layovers.

Becoming a flight attendant is also a great opportunity for professional growth and development. The salaries for flight attendants can vary depending on each airline company, and the intensive training they receive on various safety equipment can be applied to other unexpected events they may encounter

What is the job outlook for a flight attendant?

What are the most important skills of a flight attendant?

Some of the most important skills of a flight attendant are the ability to use emergency equipment and follow emergency procedures. They should be able to remain calm in stressful situations or during emergencies. Other soft skills include excellent communication skills, good interpersonal skills, amiability, and a caring attitude.

Are there training programs for flight attendants?

Yes, there are many training programs for flight attendants that are mainly provided by airlines. Completing the on-the-job training is also important in earning the necessary certificates. During these programs, you are given practical training on emergency procedures and flight duties.

What qualifications do you need to become a flight attendant?

Flight attendant qualifications include a GED or high school diploma, a height requirement of 4’11″ to 6’4”, fluency in English, and you must be 18 years old or older. Experience in customer service is also a big advantage. Flight attendants must not have any visible tattoos and shoiuld always strive to have a professional appearance. 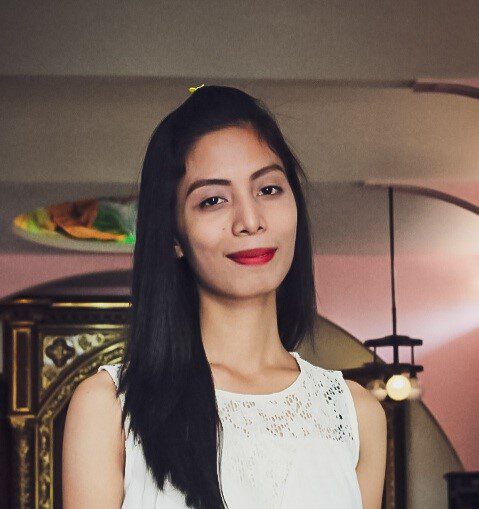 Gloriane Mangindin
Content Writer at Career Karma
Gloriane is a content writer who has previously worked as a systems analyst, college instructor, and SHS Teacher. Her professional interests include software engineering, cyber security, technical writing, and embedded systems. She holds a Bachelor of Sci... read more
Share This
Mar 1, 2022
Comments (0)