As an aspiring web developer or engineer, acquiring some important technical skills will help you excel in your everyday tasks. First and foremost, you must learn the best language for web development.

What Is Web Development?

Web developers use a variety of coding languages to build and maintain websites. There are three types of web developers: front end, back-end, and full stack.

The process of web development involves putting your web application on a dedicated server. The web application runs on this server (CPU, memory, hard disk) and visitors can access the platform. A fixed server that runs 24/7 is important to keep the traffic flowing to your web page.

For example, Amazon is written in Javascript on the front end, and on the back-end, which is the server-side, it uses Java, C++, and Perl.

Web developers use programming languages to carry out their everyday tasks. The type of language a developer will use will depend mainly on the type of tasks at hand, and the type of platforms they are working on.

Developers need to make changes to websites to keep them up-to-date with the requirements of ever-changing technology.

The most common languages for web development include:

Javascript is the common language at the front end (client-side), and the remaining languages listed above are usually back-end languages (server-side).

Twitter, for instance, uses C++, Java, Scala, and Ruby on Rails on the back-end. Google uses C, C++, Go, Python, Java, and Node for its back-end.

Let’s now look at some of these languages and how they assist in the web development process.

Most of the static pages of a website are coded in HTML. A web page usually comprises headings, paragraphs, images, and other kinds of media.

Front end developers use HTML to create the layout and structure of a website. Developers also use HTML code to specify the relationship of different items with one another.

Java is commonly used to develop games, web apps, and websites. It is a portable language, which means it can run on multiple server platforms. To create a website using Java, you need to use JSP (Java Server Pages). These pages allow you to embed HTML in Java code files, which can in turn help you create dynamic pages.

In web development, HTML is like the base of a cake and CSS is the cream, toppings, and sprinkles. HTML creates the basic framework of the site and CSS is used to add style, color, background, and fonts.

Python uses various frameworks like Django, Flask, and Pyramid for web development. These frameworks are used to build and power websites.

PHP is considered a viable option for creating dynamic web pages. It is an open-source language, which means it can be easily modified. Large websites like Wikipedia use PHP.

PHP has a great choice of tools, frameworks, and libraries, and is an affordable option for building websites quickly.

Building a website using C++ may sound strange, but you can actually use it to write server-side, back-end code. Several websites use CGI (Common Gateway Interface) to run programs and scripts. Developers use it to access C++ code on the server.

The Best Language for Web Development

Now that we have briefly discussed some of the languages used in web development, we can talk about the one that makes it to the top of the list.

According to IEEE spectrum, Python is the top language for web development in 2020. The rankings are based on the unique needs and interests of each programmer.

IEEE used 11 metrics from eight different sources to arrive at an overall ranking of language popularity. They tracked Google search, Google Trends, number of hits on Twitter, Github, Stack Overflow, and Reddit, among others.

Python was built in 1990 and has become more popular with time. It is a well-known language for creating AI and machine learning-based web applications. Academic institutions are teaching students to learn Python as a language for beginners.

Why Is Python the Best Language for Web Development?

Python is a simple, flexible, and time-saving language. Unlike Java or C++, Python doesn’t require writing a lot of code. This is because the language relies on common expressions and whitespace.

Python is similar to English, so it is a great programming language for beginners to learn code. You can write complicated tasks in a considerably shorter time. The learning curve with Python is quite gradual compared to other languages.

Lists are one of the most diverse data structures in Python. They can be used to store various heterogeneous data items including integers, strings, lists. The lists are also mutable, so the developers have the option to change their elements even after the list has been created.

» MORE:  Is HTML a Programming Language?

Python has the two most popular web development frameworks: Django and Flask.

Django is a high-level Python web framework that offers an open-source framework that encourages rapid development and clean, pragmatic design. It is flexible and takes care of most of the web development so developers can focus on writing code for app development. It is also scalable, open-source, and offers strong community support and easy access to documentation.

Django can handle a range of tasks common to developing web applications, including site maps, user authentication, real simple syndication (RSS) feeds, and more. Due to these reasons, Django is a popular choice for high-quality websites like Instagram, Pinterest, Spotify, and National Geographic.

Flask allows you to build your own web applications using Python. It is called a microframework, which means that it lacks many features that full stack frameworks like Django possess. Some of the limitations flask has are in the areas of web template engine development, account authentication, and authorization.

Flask does not require particular tools or libraries. It does not have any components that third-party libraries usually provide. However, it provides you all the tools to build an app successfully.

Some of the other frameworks of Python include Pyramid, Web2Py, and Turbogears.

Conclusion: Learning Programming Can Be Easy With Python

We have learned that web development is the process of building, creating, and maintaining websites. Web development typically has a front end and a back-end.

The front-end typically interacts with clients and is usually written in JavaScript. The back-end is the server-side where interactions with the database take place. The code in the back-end can be written in various languages including C++, CSS, Java, Python, Node, PHP, and others.

Out of a variety of available languages, Python is considered one of the most popular choices for web developers. This is because it is easy to learn for beginners, has a vast range of libraries, and contains user-friendly database structures. 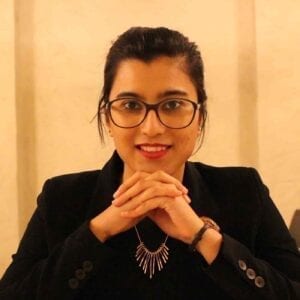 Saira Tabassum is a technical and proposal writer in the bay area. She loves poetry and fiction writing. Saira aspires to pursue a degree in MFA Creative Writing in the near future (preferably in NY). Saira loves to travel, cook, read, hike and hang out with friends. Introvert at heart, Saira’s favorite way to unwind is through tuning into a Bollywood or Hollywood movie/show.

Web Development Projects: The Perfect Project for Beginners and Where to Find Work

Everything to Know about an Online Web Development Degree