The tech industry is rapidly growing to become one of the most popular career choices and computer scientists are at the head of this trend. Studying computer science will help you learn all of the basics of computer technologies and guarantee you a job in tech.

What is Computer Science?

Computer scientists are some of the most important members of the growing tech community. These are the people who create the software and websites we use every day, keep our online information secure, and keep society running in general. They accomplish all of this and much more by working with computer software and systems.

To become a computer scientist, you will need to earn a degree in computer science. Many schools offer programs for everything from an online Associate Degree in Computer Science to a Master’s Degree or PhD in Computer Science. There are thousands of degree programs out there that are all designed to fit different needs. While many schools offer on-campus programs, there are also plenty of online programs that tend to be better for students with a busy schedule or who want to fast track their degree.

A lot of computer scientists teach themselves quite a bit of their expertise, so going to school may seem pointless. But, having a degree can help you become more employable and you may learn or further develop skills you were not able to figure out on your own.

So, what can you do once you earn your computer science degree? Below are a few of the many career paths that will be available to you upon graduation.

Since computer scientists are the driving force behind so many different aspects of the tech field, it is no surprise that jobs are available for them everywhere. Some of the best and most in-demand computer science jobs include the following.

As a software developer, you could expect to earn a salary of around $105,000 per year. Software developers are responsible for the design, development, testing, and maintenance of various software programs. They design programs for all devices, including laptops and mobile phones, that perform tasks for users. This job field is expected to grow 21 percent by 2028, which is much faster than most jobs.

Similar to software developers, web developers use code to create websites based on their clients’ needs and preferences. They are tasked with creating websites that are user-friendly, search engine optimized, and attractive to the eye. Doing this, they make an average of $73,750 per year. Demand for web developers is high and the job field is expected to grow 13 percent by 2028.

The field of computer and information research is predicted to grow 16 percent by 2028, meaning you may want to get in on this job. Working as one of these research scientists, you would be able to find new, innovative uses for pre-existing technology as well as create new technology that solves all sorts of scientific, medical, and business issues. Doing this, you would make an average of $118,300 per year.

Database administrators monitor, analyze, and evaluate data usage to help determine the data needs of consumers. They are responsible for catching any malfunctions within a database and doing whatever necessary to fix errors. Working this job, you could expect to earn around $93,750 per year in a field expected to grow 9 percent by 2028.

» MORE:  Should You Get a Computer Information Systems Degree?

As an information security analyst, you would be charged with creating the systems that are made to protect digitally stored information from hackers and cyberattacks. This means not only noticing and fixing problems as they happen, but also analyzing and researching data trends to predict problems and prevent them from happening. This field is expected to grow 32 percent by 2028, making it one of the most in-demand tech jobs right now; it pays around $100,000 per year.

Computer scientists are the backbone of technology. If you decided to become a computer scientist, attending an online school is the best and fastest way to break into the field, and there are tons of degree programs out there for you to choose from.

You can be hired for all sorts of cool jobs once you have earned your computer science degree, like developing new technology or ensuring information is kept safe from cyberattacks. Whatever you decide to do, computer science is the way forward for anyone going into tech. 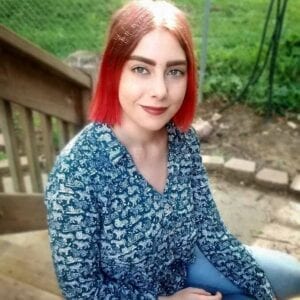