Certain computer hardware is best for programmers. However, if you have shopped around for any hardware setup, you’ll quickly find yourself in confusing territory. Flooded with different opinions, countless pieces of tech advice, and a ton of different stores to choose from, it can be a daunting task to pick the best desktop or laptop for coding.

Before you start shopping for a desktop computer or laptop for programming, knowing the minimum specs for programming is crucial. It’s always a good idea to have a top of the line graphics card or i7 processor for coding. This can mean the difference in your future success as a programmer.

What Computer Specs Do I Need for Programming?

The minimum requirements for programming include:

What determines the best programming setup for you depends on a few things. First, preference plays a huge role in what processor to look for.

Are you a loyal Apple customer, only interested in a MacBook Air for your work as a software developer? Or are you a diehard Windows customer? Maybe most important is what you’re using your CPU for.

You also have to consider the basics like good battery life, storage space, and things that outfit your processor for programming and smooth use.

While programming, web developers and software engineers spend hours at a time looking at their monitors. As computer experts, they spend time parsing through different lines of code and determining what works and what doesn’t. This is why choosing the perfect monitor is key to a successful run at programming.

» MORE:  How to Learn Cryptography and Discover the Key to Secure Communication

We recommend you always consider a monitor with a full 1920x1080p HD resolution. While you may think that 1920×1080 is only useful for things like streaming movies in 4K and playing games, it offers so much more.

In programming, you have to be meticulous and detailed. The higher the resolution, the more intricate detail you can see at one time, making your job a lot easier.

Sure, you can use a lower resolution like 1366×768 (usually the highest standard non-HD resolution). But why skimp on the resolution if you want the absolute best programming setup?

Regardless of CPU, OS, or brand, upgrading your monitor to have 1920×1080 capability should be the first step. Small screens are an absolute no-go here.

As a programmer, you’re going to need to ensure programs that utilize graphics can run properly. While this may be more specific to individual graphic programming, it’s still a fantastic idea to update your graphics card as well.

A good rule of thumb regarding graphics cards is checking out anything from NVIDIA and AMD. Notably, the NVIDIA Geforce and AMD Ryzen are fantastic GPUs for desktops.

Arguably the most significant upgrade to your processor is your SSD, or solid-state drive, for optimal speed. The last thing you need while programming is for your system to bog down and move at a snail’s pace using a traditional hard drive. That’s why having a state-of-the-art SSD drive is arguably more critical than other minimum requirements.

Don’t be afraid of upgrading your SSD, as it’s necessary for smooth performance and optimal internal storage. You want a ton of data storage for all of your projects, especially if programming turns out to be more than just a hobby. Ideally, you’re going to want something like a 256GB SSD for optimal performance and storage space.

» MORE:  How to Learn PHP: Best Courses, Books, and Resources

As a developer, you’re going to want to increase every bit of memory that you can. Demanding projects can take up a lot of time and hard drive space, so you need as much RAM as you can get.

The best specs for RAM are 16GB. Ideally, it would be best if you shot for something like 32GB. At a minimum, 8GB might suffice.

Your CPU must be up to date. Central processing units are considerably more challenging to replace than graphics cards and SSD drives, especially in laptops.

If your laptop CPU is getting old, you may need to buy a new laptop outright. This is especially true of low-price laptops.

While going through HPs and Dells every few years may not be too bad, you’re going to want longevity if you’re a professional programmer.

A fast CPU, coupled with something like 64GB RAM, would have you in the best shape possible. What you’re going to want to look for is at least the 8th generation Intel i7 processor. It lasts a long time and is a powerhouse CPU.

Having the best CPU for programming allows you to code with speed and precision.

The Best Laptops for Programming

Below are some of the best laptops for programming needs, no matter how demanding they are.

There are two different Apple MacBook Pro models: 13 inches and 16 inches. For our purposes, let’s look at the Macbook Pro 16 inch. It has a ton of RAM and a killer SSD. Plus it has a larger screen, perfect for programming.

While Apple’s MacBook Pro is a slam dunk for some, other programmers might want a Windows laptop for programming. The Dell XPS is easily one of the best laptops for developers.

It combines excellent resolution with an ergonomic style, not being too big and clunky while still giving you fantastic Intel HD graphics.

The HP Envy 13 is one of the best options for rookie coders and software developers. It has a no-nonsense design, perfect for those who don’t care for Apple’s more artsy look while still looking sleek. It comes with larger keys, perfect for hours of typing code and developing software. It even has a touch screen.

Whether it’s the HP Envy 13 or a MacBook Pro or MacBook Air, there’s no shortage of fantastic desktops and 2-in-1 laptops for programming. Make sure you’re aware of the minimum specs for programming and attempt to aim a little higher. Shop around and find what GPU, SSD, and OS works best with your programming needs. 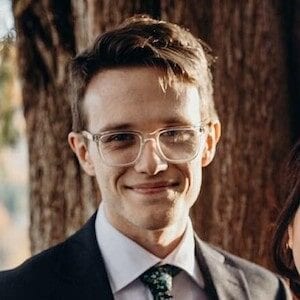