With the soaring gas prices and high monthly expenses caused by inflation, the cost of living in Virginia is an inescapable topic for anyone considering moving to the state. Fortunately, Virginia’s average annual cost of living is lower than the national average. However, don’t pack your bags just yet. There are a few things you should know before moving to the Old Dominion.

In this article, we will break down the cost of living in Virginia, discuss the average rent in Virginia and the average salary in Virginia, and provide a salary comparison by city. We will also discuss what a good salary is to help you determine whether Virginia is affordable for you.

What to Know Before Moving to Virginia

Virginia has a vibrant history, stunning natural beauty, and a high standard of living at a reasonable cost. It is also one of the most diverse places in the United States. Expect to be immersed in the history of the state if you move to one of its major cities, particularly Williamsburg. With 27 active military bases, there is also a significant military presence in the state.

Virginia has some of the best institutions of higher education in the United States, including the University of Virginia, Virginia Tech, and The College of William and Mary. Any of the best universities in Virginia will prepare you to contribute to the state’s economy, meet your financial goals, and make a comfortable living.

However, it can be a bit hectic to maneuver around large cities such as Washington DC due to traffic. It’s not uncommon for people to get caught up in traffic for hours. As a result, families are advised to look into housing options close to work or school.

What Is the Cost of Living in Virginia?

The average cost of living in Virginia is approximately $30,387 per year or $2,532 per month, before state and federal income taxes. This figure is calculated using the cost information surveyed in the rest of the article. Most costs, such as utilities, healthcare, and property taxes, are below the national average, making Virginia a relatively affordable place to live.

Keep in mind that your total expenses may be more or less depending on the annual salaries that make up your household’s income, which determines how much you can afford to spend, and individual differences among the main contributors to the cost of living in Virginia.

The cost of living in Virginia is calculated by summing up the average rent, transportation, food, healthcare, utility costs, and other expenses you may incur when living in Virginia. The data has been sourced from various government agencies such as the US Energy Information Administration, the Bureau of Labor and Statistics, and the Bureau of Economic Analysis.

What Contributes to the Cost of Living in Virginia?

The average transportation cost in Virginia if you’re using your own vehicle is approximately $5,113 per year or $426.08 for a single person. As of June 2022, the average gasoline price in the Washington-Arlington-Alexandria area was $5.06 per gallon.

The average public transportation fare ranges from $1.00 to $9.20 per trip within the state. You can expect to spend $300 per month or $3,600 per year on average when using the Virginia Railway Express.

The average food cost in Virginia is approximately $280 per month or $3,360 per year. According to the Bureau of Labor Statistics’ (BLS) consumer price indexes, consumers in the Washington-Arlington-Alexandria area spend around $290.26 per month on food in these cities.

Other Expenses to Consider in Virginia

Other additional expenses include fitness club membership costs and entrance fees to national and state parks in Virginia. The former range from $30 to $70 per month while the latter range from $2 to $5 per visit or around $85 with an annual subscription.

Should I Buy or Rent in Virginia?

You should buy a house instead of renting in Virginia. The main benefit of buying a house in Virginia is its favorable taxes. Virginia property taxes are below the national average in America and the mortgage rates are also quite favorable. The average interest rate of a 30-year fixed mortgage is 4.8 percent.

Opting for a 15-year fixed mortgage may bring this rate up to 3.91 percent. While the upfront cost of buying a house in Virginia is higher than that of renting, buying is the best decision in the long run.

You will not only benefit from Virginia’s low property taxes and historically low mortgage rates, but you will also be positioning yourself to profit from property value appreciation over time.

What Is the Average Salary in Virginia?

Salary Comparison by City in Virginia

A good salary is about $61,746 per year or more in Virginia. With this salary, you will be able to comfortably afford the cost of living in Virginia of $30,387 per year. If you join one of the best bootcamps in the DC area, you’ll have a great chance of landing a top-paying tech job.

What makes a good salary for you may differ depending on the city you live in and the relative cost of living. For example, someone earning $50,000 in Chesapeake may consider it a good salary because the median rent and cost of living are lower in Chesapeake. Other factors that may influence your salary include your occupation, education, experience, and skillset.

» MORE:  Average Salary in Idaho: Can You Afford the Cost of Living in Idaho?

Can You Afford the Average Cost of Living in Virginia?

If you make a post-tax annual income of $59,764, you can afford the cost of living in Virginia. This analysis is based on the 50-30-20 rule, which recommends that you allocate 50 percent of your salary to basic needs, 30 percent to wants, and 20 percent to debts and savings.

In other words, after paying for rent, transportation, food, healthcare, and utilities, you should have half or more of your net salary left over. This will provide you with a safety net and more flexibility in how much you can allocate to entertainment and discretionary spending, settling debts, saving, and investing.

Cost of Living in Virginia FAQ

Is the cost of living in Virginia high?

What is the cost of living in Virginia per month?

Which cities have the lowest cost of living in Virginia?

The cities with the lowest cost of living in Virginia include Newport News, Roanoke, Suffolk, Bluefield, Lynchburg, Chesapeake, and Portsmouth. These cities are generally characterized by lower rent, food, utility, and healthcare costs than other cities in Virginia.

How does the average cost of living in Virginia compare to Texas? 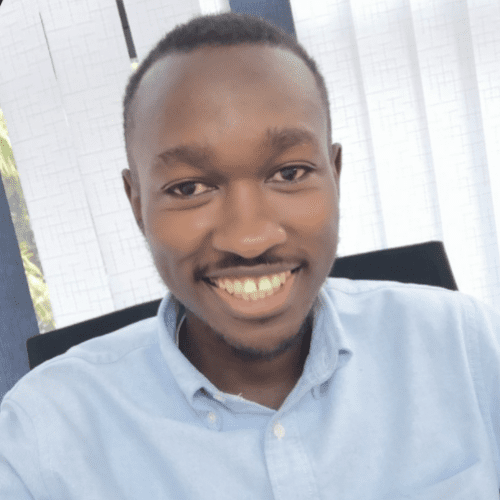 David Njue
Content Writer at Career Karma
David is a content writer with over five years of experience. As a writer, he has covered a variety of topics, including IoT and network security. He has a Bachelor of Economics and Statistics from Kenyatta University and a Certificate in Chinese Language... read more
Share This
Aug 22, 2022
Comments (0)