So you’ve decided to earn a college degree, but now you are stuck trying to pick a major. With so many options, it’s easy to have many fields you would love to study.

Fortunately, if you decide to double major, you don’t have to choose just one! The idea of taking on two majors at once can be a bit daunting, but luckily we have the answers to all of your questions.

If you are a college student interested in multiple fields of study, a double major may be your best option. These are offered at almost every college, including community colleges, state universities and Ivy League schools.

While being able to major in two subjects you find equally interesting is exciting, most college students have a few questions before jumping into a double major. The most common is arguably the most important: “How will this benefit me?”

Well, one of the biggest perks of getting a double major is that you’ll get to study two fields of interest. If you are debating between two fields that are similar to each other, you can definitely decide to double major. This would give you the opportunity to study both of your interests while earning one four-year degree.

Another plus is that more potential employers are starting to recognize the benefits of double major degrees. With a double major, both fields of your studies are listed as concentrations for your degree. This allows you to show employers that you mastered two fields of study in the time it takes many to study just one field. This shows you have a strong work ethic and also graduated with broader knowledge.

Yet another awesome aspect of declaring a double major is that anyone can do it. This means you can decide to double major in your first year of college or once you have nearly completed your bachelor’s degree. A double major can be completed just as easily online as it can be on-campus, meaning anyone debating an online degree can do it, too.

>> MORE ON ONLINE DEGREES: The Best Online Degrees for Your Career

Remember, a double major is not quite the same as a double degree. Double majors generally must be in similar fields of study and will be listed as concentrations of one degree, not two separate degrees.

If you are interested in majoring in two vastly different fields, like computer science and psychology, you will likely need to either change one subject to something more closely related to your passion or consider a double degree.

How to Double Major

If you have decided you want to double major, the next step is to actually declare your new degree plan to your college and make it official. This is a simple process involving three easy steps:

» MORE:  What’s the Difference Between College and University in the US? Programs, Tuition, and Salaries

All in all, earning a double major is a great option for many college students who want to study multiple fields and don’t want to stay in college for additional years to earn a second degree. If you have a few different interests and want to study them all, double majoring may be the right way for you! 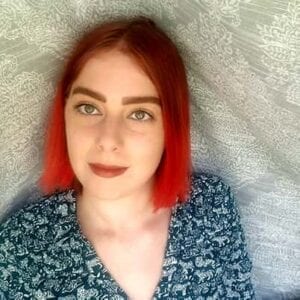 Savanna Bruce
Writer at Career Karma
As a writer at Career Karma, Savanna covers a wide array of topics in education, careers, and technology. Before joining the Career Karma team in June 2020, Savanna found success as a freelance writer and bookseller. A native of Omaha, Nebraska, she gradu... read more
Share This
Jun 30, 2020
Comments (0)