If you’re approaching your senior year of high school, chances are you have heard about the different early admission processes that colleges offer. But there are major differences between the two different options: Early Decision vs Early Action.

Though these options have some things in common, mainly that they get your admission decision back to you earlier, they are also distinctively different. Read on for our breakdown of each early application option and how Early Decision is different than Early Action.

What Is Early Decision?

Of the two options, Early Decision is definitely the bigger decision. It is called Early Decision because it requires you to decide on the college that you would choose over all others. If you have a top choice and you know you would be willing and able to attend if admitted, applying via Early Decision might be a great option.

This is because Early Decision is binding. This means that if you apply somewhere using Early Decision and are admitted, you have to attend. By submitting an Early Decision college application, you are essentially agreeing to attend that university.

If you apply somewhere with Early Decision, you should have an honest conversation with your family about cost and affordability. It’s important to know that if admitted, you would be able and expected to enroll.

What Is Early Action?

Whereas Early Decision is binding, Early Action is not binding. If you are offered early admission to a college through an Early Action application, you do not have to accept the offer. You can typically apply via Early Action to more than one school because it is a non-binding option. That said, there are some scenarios in which you can only apply to one school using EA.

Restrictive Early Action or Single Choice Early Action are terms given to a type of Early Action application that does not allow you to apply anywhere else using Early Action. You may come across both terms, but they are used interchangeably.

Schools that offer Restrictive Early Action or Single Choice Early Action are usually highly competitive schools, including those in the Ivy League. Some universities restrict Early Action because it gives them a sense of how enthusiastic an applicant is about them. By choosing one college as your only Early Action application, you demonstrate your interest more than if you are able to apply Early Action to as many schools as you want.

Overall acceptance rates are usually slightly higher for Early Decision and Early Action applications when compared directly to acceptance rates for Regular Decision. That said, you should take all of these statistics and percentages with a grain of salt.

» MORE:  Extracurricular Activities to Include on Your College Application

However, those pools may not necessarily be “easier.” Students who choose to apply via Early Action, and especially those who apply to schools that only offer Restrive or Single Choice Early Action, may be highly qualified and competitive applicants. So, even if the acceptance rate is higher, the competition may be steep.

Be careful with trying to be strategic as there is no way to really know which way an acceptance rate is going to go or how competitive any pool of applicants is going to be. You should make decisions based on your genuine interests and goals, not on what you think will give you a leg up.

What Are the Biggest Differences Between Early Decision and Early Action?

Whether the application is binding or non-binding is by far the biggest difference between these two application types. To refresh:

Early Decision applications are considered a bigger commitment than Early Action since they represent a binding contract to only one institution. Only apply via ED if you are completely sure about your willingness and ability to attend that school.

Early Action is less about commitment and more about interest. By applying somewhere using Early Action, especially Restrive or Single Choice Early Action, you are letting that school know that you are very interested in attending. However, you are not making any kind of commitment that you will attend if admitted.

Can You Apply Early Action and Early Decision to Different Schools?

The short answer is yes, you can. The most important restriction is that you only apply to one school via Early Decision and only apply to one school for Restrictive or Single Choice Early Action. If you are admitted somewhere Early Decision, remember that you have to withdraw any other applications you have submitted, including Early Action and Regular Decision applications.

What Early Application Should I Choose?

The only person that can answer this question is the applicant. Consider the schools you are applying to, the options they offer, and the costs and benefits of each early application option. Then, you may even choose both. It all depends on your priorities and your college goals. 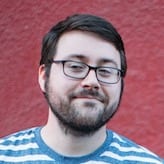 Chad M. Crabtree
Editor-in-Chief at Career Karma
Chad M. Crabtree is the Editor-in-Chief at Career Karma, where he covers higher education, job training, and the future of work. After earning his bachelor's degree in English and Political Science from the University of Oregon in 2014, Chad spent time as... read more
Share This
Sep 17, 2020
Comments (0)