Many positions across industries require a bachelor’s degree as a minimum prerequisite. This means bachelor’s degrees are more popular year after year, making the hardest colleges to get into even more exclusive as competition grows.

More people are pursuing higher education than ever before. The National Center for Education Statistics recently reported that enrollment of 18 to 24-year-olds rose by 40 percent from 2017.

Potential students have many colleges to choose from as there are more than 5,300 colleges in the United States. However, with an increase in college admissions, schools have even more applications to sort through. With all these students to choose from, getting into college is more competitive than ever.

This is especially true for certain universities that were already challenging to get into in the first place. Universities like Harvard and Stanford accept only five percent of their total applicants. Therefore, students who dream of attending these Ivy League schools will need more than just a perfect SAT score.

Below is a list of the hardest colleges and universities to get into in the United States based on acceptance rates and SAT/ACT scores from the US Department of Education.

The Six Most Difficult Colleges to Get Into

Harvard University, one of the most prestigious colleges in the US, is a private Ivy League research university located in Cambridge, Massachusetts. Harvard’s 209-acre main campus, centered around Harvard Yard, is located about three miles west of downtown Boston.

Due to its prestige, Harvard is exceptionally particular about who it admits. For every 100 applicants, only five are admitted. Therefore, SAT test scores and your GPA must be perfect.

» MORE:  What Are the Best Engineering Schools in North Carolina?

This means you must be at the top of your class in high school if you wish to attend Harvard. The average SAT scores for admission into Harvard range from 1,460 to 1,590.

Additionally, you must be taking AP or IB classes to prove that you can succeed in a collegiate setting. You will also need stellar letters of recommendation, college essays, and extracurriculars.

Harvard is home to around 6,700 undergraduate students. To put this in perspective, some universities like Ohio State University have approximately 66,000 students.

The total cost without financial aid at Harvard for 2019-2020 was $69,607. Along with being one of the most challenging universities to get into, it was also ranked as the #4 best college to attend in 2020.

Stanford University, located in Palo Alto, California, is one of the world’s leading teaching and research institutions. Debatably harder to get into than Harvard, Stanford has a 4.69 percent acceptance rate.

The average SAT range to get accepted into Stanford 1,390 to 1,540. Stanford, like the other universities, expects more than just a high SAT score. It also wants to see your qualities beyond academics, including extracurriculars and community service.

Additionally, due to the vast array of applicants Stanford has to choose from, it is also recommended that you have a specialization. Stanford looks for students who have something others do not.

The Massachusetts Institute of Technology, also known as MIT, is located in Cambridge, Massachusetts, and has 4,530 undergrad students.

MIT is extremely competitive. It has a seven percent acceptance rate. Additionally, an average SAT range of 1,490 to 1,570 is required to attend. MIT doesn’t have a specific minimum GPA requirement. However, it would be recommended to maintain straight-As.

You will also be required to complete five essays in the application process that are crucial to your admission. Additionally, MIT looks for students who will use their degree to make a positive impact on the world. Start this mission early by participating in community service or any extracurriculars that make you stand out.

The difficulty to get into MIT pays off as it was rated the #1 college in America in 2020 based on admission, financial, and student life education data from the Department of Education. The cost to attend MIT for 2019-2020 was $73,160.

California Institute of Technology, also known as Caltech, is a world-renowned science and engineering institute located 11 miles from Los Angeles and an hour from Claremont, California. It prides itself on producing some of the world’s brightest minds, and most innovative tools.

The acceptance rate is a mere eight percent, with an admission SAT range of 1,530 to 1,590. Compared to the other universities, it boasts an even smaller enrollment number at just 938 undergrad students in 2019. The cost of tuition at Caltech is around $74,763.

Yale University is a large private Ivy League research university with a broad array of programs, departments, museums, and schools. Yale is located in New Haven, Connecticut, approximately two hours from New York City by train, and is widely known for its drama and music programs.

It’s also famously known for its difficulty to get into. Yale has a seven percent acceptance rate, and an admission SAT range of 1,460 to 1,580. According to College Vine, those accepted are ranked in the top 10 percent of their high school class. Additionally, the applications committee looks for students who will “make the most” out of their time at Yale.

This university has an acceptance rate of eight percent and an admission SAT range of 1,480 to 1,580. To be accepted, you must also be at the top of your high school class with mostly straight-As and be enrolled in AP or IB courses. Superb letters of recommendation and a college essay will also be required. 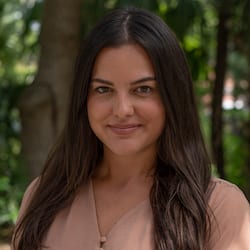 Jamie Akenberger
Writer at Career Karma
As a member of the Career Karma team, Jamie writes about technology, higher education, and web design. After graduating with her BA in Public Relations from Florida Gulf Coast University, she worked at iconic companies like Caesars Entertainment, Neiman M... read more
Share This
Sep 29, 2020
Comments (0)