There was once a time when the old adage was right—you need a college degree to find a high-paying job. However, the time has come where this is no longer true. Despite what the institutions claim, you no longer need to step foot on a college campus to make an impressive salary. In fact, non-graduates all over the country routinely pull in over $100,000 per year. In reality, college can still increase your earning potential—especially if you study science, technology, engineering, or math. But college isn’t for everybody, and it’s far too expensive to attend if there’s a better option. The tech industry (by and large) has moved passed the arbitrary and frustrating ‘you must have a degree’ requirement for many positions because they realize you don’t need a degree in tech to do the work. That doesn’t mean you don’t need an education, but we’ll get into that later. In this article, we’ll go over three high-paying tech jobs you can land without a college degree.

Education Required for a Tech Job

As we mentioned earlier, most tech jobs that don’t require a degree still necessitate some form of education. Instead of college, aspiring tech workers can attend a short-term coding bootcamp or certificate program. These programs are a recent invention of the industry, as they’re designed to teach students the skills they need to be successful in tech. Coding bootcamps range in length, specialty, location, and price, but they all serve to train students to get jobs in tech. Coding bootcamps are a proven path to success for aspiring tech workers, and many boast job placement rates between 70% and 90%. Thanks to the forward-thinking mentality of the tech industry, we now have an education program that’s fast, effective, and affordable enough to help thousands of otherwise untrained people become expert programmers.

We live in the information age, and one of the critical elements of modern computing is data. Data comes in all shapes and sizes, and it’s vital for companies and organizations worldwide. The scope of data goes far beyond just data mining and advertisement—your photos, texts, emails, videos, and security all rely on well-managed databases. Data scientists are the people behind these complex systems, and they manage trillions of bits of data every day. These professionals are well compensated for their outstanding work, as the average salary for data scientists is over $113,000. And yes, you can land an entry-level data science job without a college degree. Hundreds of people do it each year, and this position is increasing.

Web development is another high-paying tech job that doesn’t require a college degree. Web development offers a variety of roles, including front end, backend, and full stack development. Front end developers design everything a website user sees, while backend developers design the systems that transfer information between the site and the server. Full stack programmers are masters of both front and backend development, and they often make more money than the others. Web development is a great career due to its versatility, as you don’t need to work for a tech company to land a job in this field. In 2019, the average web developer earns between $80,000 and $110,000 annually, but salaries vary between companies. 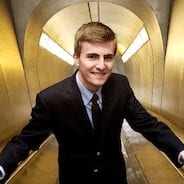