What Is a Bachelor’s Degree?

A bachelor’s degree is an undergraduate degree obtained at a college or university, leading to qualifications such as a Bachelor of Arts, Bachelor of Science, and Bachelor of Medicine. Students complete a range of core subjects related to their major and elective courses to gain a well-rounded education.

Students who take a full-time course load can graduate within three or four years. This is why a bachelor’s degree is often referred to as a four-year degree. However, some bachelor’s degrees, like medical courses, can take longer. There is a wide range of jobs with a high median salary that make a bachelor’s degree worth it, like construction engineering manager and financial analyst.

Is a Major a Bachelor’s Degree?

No, a major is not a bachelor’s degree. A major is an area of study you concentrate on while pursuing your degree. It is usually paired with your degree to give future employers an idea of what you studied and your level of knowledge in a particular field.

For example, if you majored in biology, your four-year degree will be a Bachelor of Science in Biology when you graduate. People who want to become civil engineers would get a Bachelor’s Degree in Civil Engineering. Not all bachelor’s degree jobs will have specific majors that correspond.

What Are the Highest-Paying Bachelor’s Degrees?

The highest-paying bachelor’s degrees are in engineering, technology, and business. Examples of these jobs include petroleum engineering, industrial engineering, computer science, and actuarial mathematics. These degrees can give you on-the-job training and help you learn analytical skills to help you succeed in the field.

The 10 Highest-Paying Majors: At a Glance

Many of the highest-paying majors center around engineering, economics, biochemistry, computer science, and information technology. The table below explains the majors, average early-career annual salary, and top jobs for college grads with its source from PayScale.

Petroleum engineering has to do with designing and developing methods for extracting oil and gas from below the Earth’s surface. Also, the engineers find new ways to extract oil and gas from older wells and evaluate the production of wells through surveys and analysis.

Operations research is the analytical method of solving problems and making decisions that help manage organizations. In this field, problems are divided into basic elements and solved in definite steps by calculative analysis. They can work in fields such as business, logistics, and healthcare and in the private sector or for government agencies.

Computer systems engineering involves developing and evaluating software and personal computers by incorporating engineering, computer science, and math analysis. Apart from computer technology, computer engineers are expected to fully understand how that technology applies on a broader scale to suit both personal and professional requirements.

Systems engineering is an aspect of engineering that involves designing, integrating, and managing complex systems such as electrical, mechanical, or chemical systems. It goes beyond the physical makeup of the design and looks into understanding and improving it.

Aeronautics is aircraft development, testing, and production for military or civilian markets. It also involves the design, development, analysis, and production of rockets, spacecraft, and international systems. These two concepts center around astronautical engineering and aeronautical engineering. A graduate of this major can find work as an aerospace engineer or in the airline industry.

Chemical engineering deals with the production and manufacturing of products through chemical processes. It translates processes developed in the lab into practical applications for the commercial production of products and then works to maintain and improve those processes.

Pharmacy is medical science linked with chemistry and involves the discovery, production, disposal, and effective use of medications and drugs. The field includes synthesizing chemical compounds of medicinal value and analyzing medicinal agents. If you want to work in the healthcare sector, this major is a good choice.

Interaction design constitutes designing interactive products and services. A designer focuses on the product’s development and how users interact with it. Professionals in this role consider users’ needs and limitations, which then empowers the designers to customize the output to suit precise demands.

A petroleum engineer is involved with oil and gas field evaluation, development, and production stages. They aim to drill for hydrocarbons in the most efficient way and resolve any operational issues. They are also responsible for using new drilling tools and techniques and utilizing underperforming or older wells.

Nuclear engineers research and deal with processes that include releasing, controlling, and utilizing nuclear energy. They also produce and use radiation and radioactive materials for applications in research, industry, medicine, and national security. These engineers work in the industrial and medical sectors.

Chemical engineers rely on aspects of science such as chemistry, biology, physics, and math to solve issues that involve the production of chemicals, drugs, food, and other products. They usually work in the lab to translate processes developed into beneficial applications for the commercial production of products.

An electrical engineer uses the concepts of electronics and electromagnetism to develop and design electrical equipment and systems, solve problems, and test equipment. They work on different projects such as designing household appliances, electrical telecommunication systems, and electrical power stations.

A biomedical engineer uses technology to develop new equipment and devices to improve human health. They analyze and design solutions to issues in biology and medicine to improve the quality and effectiveness of patient care. For example, they could design software to run medical equipment to test new drug therapies.

Is a Bachelor’s Degree Worth It?

Yes, a bachelor’s degree is worth it. Students who plan to accelerate their careers or find a new career can use a bachelor’s degree as a steppingstone. In addition, holders of a four-year degree are more likely to remain in the job market compared to those with just a high school diploma.

People with a bachelor’s degree can become financial managers, civil engineers, human resources managers, and more. A degree can teach you the interpersonal skills and communication skills you need to succeed in your field of choice. There are also lots of online degrees available so you can get your bachelor’s degree from anywhere.

Can I have two bachelor’s degrees?

Yes, you can have two bachelor’s degrees. If you are applying for a job unrelated to your first degree, getting a second bachelor’s degree can increase your chance of acceptance. In addition, taking another college degree is a more affordable and faster way to advance your career.

Can a bachelor’s degree be revoked?

Yes, bachelor’s degrees can be revoked, but on rare occasions. Usually, if a university or college discovers that a former student committed major, willful misconduct such as plagiarism, falsifying data, or other academic fraud to earn that degree, it can be revoked. If you are sure, you didn’t do any of these, rest assured the school won’t revoke your four-year degree.

No, bachelor’s degrees do not expire. It remains an academic credential for life as long as you pass the requirements to get that degree. However, it can go stale or irrelevant over time as experience becomes more important. In addition, some employers may require you to upskill and get a graduate degree.

Is having one bachelor’s degree in my field of study enough?

No, having one bachelor’s degree in your field of study is not enough. This is because in our technologically-driven society, completing your undergraduate course is just the first step up your career ladder. If you wish to advance in your career, a master’s degree or doctorate degree may be necessary. 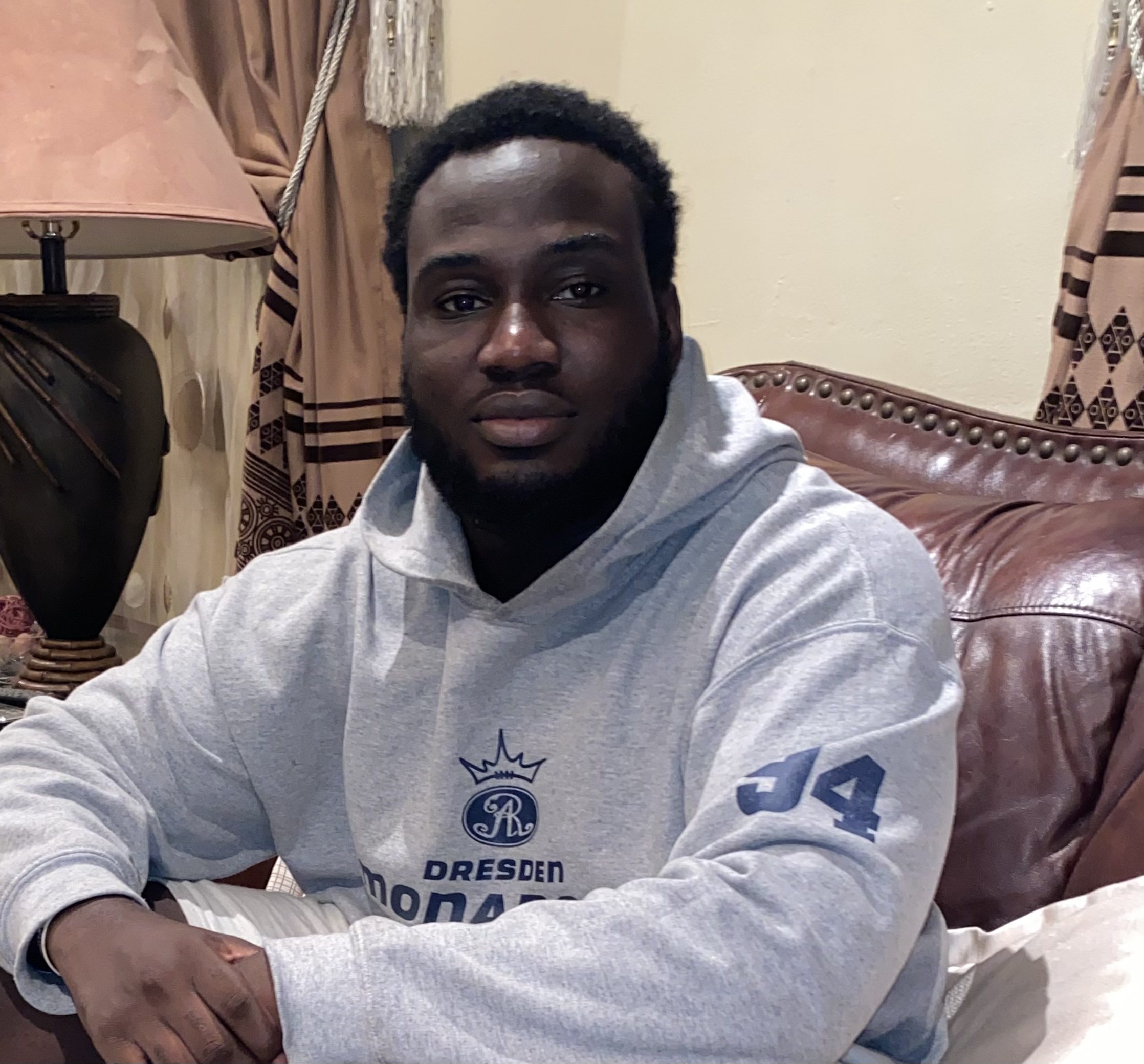 Oluwaniyi Raji
Content Writer at Career Karma
Raji is an expert content writer who specializes in B2B business sales writing and blog writing. Outside of his writing career, he is interested in learning how to code and develop websites. Raji holds a Bachelor of Science in Economics from the Universit... read more
Share This
Sep 16, 2022
Comments (0)