Blizzard is one of the most successful video game companies in the world and it has always kept innovation in mind when bringing new products to market. If you want to learn how to get a job at Blizard, then you’ve come to the right place.

Read on to learn more about Blizzard and how to get a job at Blizzard by acing its application and interview process.

The company that’d eventually become Blizzard Entertainment was founded in 1991 by three men who’d recently graduated from UCLA with bachelor’s degrees. The developer and publisher made its name throughout the 90s with all-time great video games like Diablo, Starcraft, Warcraft, and eventually World of Warcraft in 2004, which now earns the company around $1.5 billion annually on its own.

The company pioneered online play through its Battle.net service which it released in 1997. The service allowed for online cooperative play with friends in its popular game Diablo. That service and its online components became the basis of its newest hit, Overwatch, and its wildly successful Overwatch League, which recently set a record of 1.55 million viewers tuning in to a single match.

In July 2008, Blizzard’s parent company Vivendi Games merged with Activision and then immediately dissolved to form Activision Blizzard. The company now employs 9,080 people and brought in $6.5 billion in the 2019 fiscal year.

As a healthy video gaming company, Blizzard needs a strong workforce to maintain its many marquee titles. This is where you come in.

Even though Blizzard is a multi-billion dollar company, they’re a video game company at the end of the day. Entertainment companies like this find themselves at the intersection of art and commerce, and for that reason, they tend to work a little differently than your average company of a similar size.

Long-term employees at Blizzard celebrate the fact that the company has not forgotten its roots in geek culture. Because of this, they feel like working at Blizzard has been great for them to truly express themselves without reservations.

According to reviews on Glassdoor, the workplace is a great place to work as a gamer because people know what makes a good game. They are happy to work toward creating the epic entertainment experiences that Blizzard touts because they know that they’ll also be playing it at the end of the day.

Upper management is to blame for a lot of the woes that people have been suffering. But generally, every review you see from people who have spent a long time at the company says that despite the management woes, they enjoy working at the company and feel like it’s an overall positive experience.

The majority of artists and software engineers at the company celebrate the great work-life balance that the company offers, while some employees, especially in customer service, say they have to work longer hours.

Overall, for those in the tech world, you can expect great benefits and work-life balance with a position at Blizzard. You may want to look at reviews for the specific position you’re seeking.

Getting a Job at Blizzard

There are opportunities for plenty of different roles at Blizzard. If you’ve recently attended a game development bootcamp, you may find an opportunity here. However, even for those that aren’t interested in that side, plenty needs to be done to keep this gaming behemoth running.

Video games are more popular than ever and people are jumping at the chance to work at a company like Blizzard. Let’s take a look at the whole picture of getting employed at this company.

How Hard Is It to Land a Job at Blizzard?

Because of its high profile and deep legacy, Blizzard has become something of a titan in the gaming industry.

Due to this reputation, it can be tough to stand out from the pack when applying to the company. It’s not an impossible route to conquer, but you may need more luck than usual when applying.

Applying for a Job at Blizzard

Alice White, former VP of Global Talent Acquisition at Blizzard, spoke to Mashable in 2017 about what the company looks for in prospective talent.

White explains that the ideal candidate for a job at Blizzard is an open and hardworking person who is also a good listener. White also suggests that a strong cover letter in the form of the email you send with your work samples could be the thing that sets you apart.

Blizzard also searches for candidates that fit its core values, carved in stone around a statue on its campus. These core values are:

The quickest way to see any open positions at the company is by going to the Blizzard careers page. There are hundreds of jobs available at this time, and the company has mostly transitioned to work-from-home protocols due to COVID-19 concerns, so you should be able to start working for the company without relocating.

Once you’ve applied online, you’ll usually be contacted by a recruiter if they like what they see from you.

As we’ve previously discussed, job roles at Blizzard are varied, but if you’re interested in diving in, especially with an eye toward tech, now is a great time to be looking at the company and the following top tech careers with Blizzard.

This post is for someone who wants to help develop new systems and services for an unnamed game at the company. As Blizzard is interested in maintaining a culture of people that are passionate about gaming, they are looking for people that have a passion for gaming and programming who look forward to joining the company.

In this position, you’d be working closely with designers to develop and implement features that would keep passionate gamers hooked for years. So, this could be a path to a long and happy career working at your dream company.

» MORE:  Who Uses Ruby? Companies That Use Ruby and What Ruby Is Used For

Diablo IV is one of the most anticipated games and you’d have a chance to make your mark on gaming history with this position.

You’d be responsible for building interesting procedurally generated dungeons and gameplay content for the game, along with supporting other teams by integrating their work into dungeons.

This is a great opening for people who may not have a college degree, but have spent hours playing Diablo and building their own ideas about what would make great dungeons in that series of games.

Hearthstone has become one of Blizzard’s best moneymakers, not only providing fun card-based gameplay but also giving players the opportunities to buy packs to improve their decks.

In this role, you’d be responsible for helping to continue Hearthstone’s growth and working collaboratively as part of the UI team to bring new features from a wireframe concept sketch to a fully implemented product.

No education is required for this post, though Blizzard does list expertise in the Unity game engine as a plus for consideration, along with a strong cover letter.

What Does It Take to Get a Job at Blizzard?

Blizzard is a tight-knit familial atmosphere with people who are passionate about video games and love making them.

But it takes more than a passion for video games to work here. You need to be competent at the role you’re seeking to fill and well versed in the required tools.

You’ll also need a strong cover letter to set yourself apart from the pack. Before COVID-19, Blizzard was known for having recruiters in a few areas of the country and at Blizzcon, but now you can only apply online.

If you do have that passion for games and technology, there’s no better time to try and make that leap into one of the most exciting game companies around. 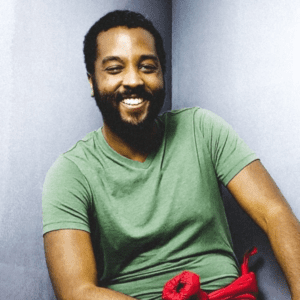