When was the last time you sent a message through Facebook? Have you recently used a “smart” appliance at home? In both examples, databases are required to store information. NoSQL databases are commonly used in these cases.

There are several popular NoSQL databases, including MongoDB, Redis, and Cassandra. If you’re interested in working for a company that collects data not easily handled by a relational database, you should learn how to use NoSQL databases.

NoSQL is a non-relational database type used to store data that does not easily fit into schemas or structures, common in MySQL databases. With the increase in big data, data sets are so large that traditional methods of storing and processing the information, such as MySQL databases, are inadequate.

Both MySQL and NoSQL databases are useful and have their share of applications. As with most technologies, it’s best to know what a technology can and cannot do and then use the best tool for the job.

What Is NoSQL Used For?

NoSQL databases are used when more flexibility, scalability, and customizability than a relational database can offer are needed.

For many Internet of Things (IoT) applications, a NoSQL database is better than a relational database such as MySQL. For example, the developers at Freshub discovered, after attempting to use MySQL, that a NoSQL database like MongoDB was better for their needs.

NoSQL is a type of database used when a relational database is not suitable for the kind of data that is being stored. Below you’ll find the types of NoSQL databases and their popular databases.

A NoSQL document-oriented database keeps data in documents. These documents can take formats like JSON, XML, or YAML. JSON stands for JavaScript Object Notation and is created by JavaScript.

Document databases are often used in e-commerce, trading platforms, and mobile app development. If you want users to add custom fields to their profiles, a document database is a good choice.

Popular NoSQL document-oriented databases include MongoDB, Firebase, Elasticsearch, and Couchbase. According to Stack Overflow’s 2020 Developer Survey, MongoDB came in as the fifth most popular database with 26.4% of users. Firebase ranked ninth with 14.4%. Elasticsearch ranked 10th with 13.8% of users, and Couchbase ranked 14th with 1.9%.

A key-value store is the least complex type of NoSQL databases. They are a collection of key-value pairs. This simplicity makes them the most scalable of the NoSQL database types because they can store a huge amount of data. An example of a key-value pair would be “Name – Katie Jones.” The key is “Name” and the value is “Katie Jones”. Value types that you can store in a key-value database include integers, strings (a string is a collection of characters, such as a name), and JSON structures.

In this NoSQL database, data is grouped in columns, which are then logically grouped into column families. Often called a “columnar” database, this kind of database is optimized for the fast retrieval of columns of data. This type of NoSQL database can be valuable in analytical applications.

This kind of data has two main components: “nodes” and “edges”. A node refers to an entity, such as a person when dealing with a social network. “Edge” refers to the relationship between two nodes and is represented by a line. The most popular graph database is Neo4j.

Learning how to use NoSQL databases is valuable if you want to work with databases. With an understanding of both relational databases like MySQL and the various NoSQL options, you can make informed choices about which type of database is best for your organization and use case.

To give you an idea of the salaries associated with NoSQL databases, Glassdoor lists the annual average base pay for a big data engineer at $102,864. NoSQL databases are often used for big data, so there is a good chance that if you are in big data you will need to know how to use NoSQL databases.

How Long Does It Take to Learn NoSQL?

Depending on the NoSQL database you are learning, it will take you two to three months to understand how to use it professionally. We recommend reading books, taking courses, and practicing your skills to further master this in-demand technology.

How to Learn NoSQL: Step-by-Step

How you learn a NoSQL database will depend on your prior experience with databases, which NoSQL database you want to learn, and your preferences as a learner. Some people in the tech field prefer to learn by taking courses, while others like to read books to practice their skills.

Whatever your preferred learning methods, here are some high-level steps you can take to get started with NoSQL databases:

One of the best ways to learn how to use a NoSQL database is to take a course. Here are our top picks.

Check out this fantastic course for learning MongoDB! You will design a MongoDB database from start to finish, understand the differences between NoSQL and relational databases, and learn how to deploy MongoDB to the cloud with MongoDB ATLAS.

You don’t need to have knowledge of MongoDB, but you should have a basic understanding of Windows and database management systems. There are quizzes, exercise files, and lectures. You’ll get 16.5 hours of video content plus other resources and a certificate of completion.

If you already have some programming experience, this may just be the course for you.  You’ll learn how to define views, build and deploy applications, store data in a NoSQL database, and query a NoSQL database without using SQL.

You’ll also get exposure to Apache CouchDB, a NoSQL document database, along with other NoSQL databases like MongoDB, Cassandra, HBase, Riak, and Redis. The prerequisites for this course are a basic understanding of databases, HTTP, JavaScript, and JSON. The course includes two hours of video content and a certificate of completion.

With this course, you’ll see how a NoSQL database can give you flexibility as a developer. You’ll also learn how to write an application using CouchDB, how to query using JavaScript, and what the different NoSQL databases are (including CouchDB, MongoDB, Cassandra, Riak, and Redis).

Before taking this course, you should be familiar with queries, indexes, and keys, as well as with JavaScript (which is used as the querying language in many NoSQL databases) and JSON. The course includes six practice quizzes and a certificate of completion.

Continue growing your NoSQL skills with these top picks.

Sams Teach Yourself: NoSQL with MongoDB in 24 Hours, Brad Dayley

MongoDB is the most popular NoSQL database, and you can get the hang of it with 24 lessons of one hour or less. Each lesson builds on the one before, so this is a great book for learning NoSQL.

You’ll learn when to use a NoSQL database like MongoDB and when to use a relational database. The lessons also include storing and interacting data with Java, PHP, Python, and Node.js/Mongoose; installing and configuring MongoDB; using Map-Reduce; and employing techniques like sharding and replication.

» MORE:  How to Use the SQL Contains Command

This is a beginner’s guide to get you up and running with the most popular NoSQL databases, including MongoDB, Cassandra, Redis, Neo4j, DynamoDB, HBase, and InfluxDB. You’ll learn how each of these is used in the industry as well as effective techniques for database querying and management. Dive into the advantages of each NoSQL database, such as MongoDB’s scalability or the benefits of using InfluxDB to work with time-series data.

In addition to courses and books, there are online resources available to help you learn NoSQL databases.

MongoDB is the most popular NoSQL database. The MongoDB website features documentation and Getting Started Guides. If you want to learn how to use this database, check out these learning resources from MongoDB University:

The best part is that all of these resources are free!

Apache Cassandra is a popular column-oriented database. Check out the website for documentation, including a Getting Started guide. There are also community resources like mailing lists, Slack channels, and a blog. If you’re interested in using this NoSQL database, this website is a great place to start.

Redis is a popular key-value store database. On their website, you will find the documentation, including tutorials and FAQs. You’ll find ways of getting involved in the Redis community, like information about their mailing list, Stack Overflow tag, and Twitter news feed. There are also conferences and meetups, so be sure to check those out if you want to know more about this NoSQL database.

The official website for Neo4j has great learning resources for those just starting out with this technology. You can complete online training and certification, check out livestreams on Twitch, and interact with others in the community via online meetups, Stack Overflow, and Twitter. The documentation also includes a Getting Started guide so you can jump into using this NoSQL database.

Should You Study NoSQL?

Developers with NoSQL database experience are in demand, and salaries for jobs that require this skill, such as big data engineers, are high. If you are interested in database development or management, learning NoSQL databases will definitely help you in your career. 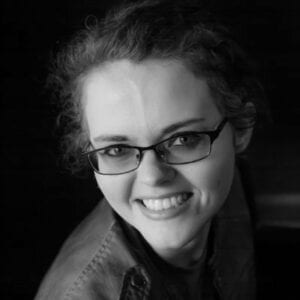 Karen Schwarze
Writer at Career Karma
A former educator and edtech marketer, Karen is passionate about computer science education. She’s particularly fascinated by the connections between coding languages and English language/literature structures. This led her to build an edtech app where ... read more
Share This
Mar 1, 2021
Comments (0)