If you can’t decide whether to proceed with an application to Northwest Lineman College, our review of the school will help you make your decision. This review is also a medium for prospective students to gain insight into the challenges and opportunities to expect during their program in the school.

All About Northwest Lineman College

Northwest Lineman College (NLC) was founded in 1993 by Gerald McKie, Aaron Howell, and Shane Porter. The school is a private educational institution that trains and certifies lineworkers in the telecommunications, power delivery, and natural gas industries.

Where Is Northwest Lineman College Located?

Yes, Northwest Lineman is accredited by the Accrediting Commission of Career Schools and Colleges (ACCSC). This national accrediting agency enhances the quality of education in institutions and ensures programmatic quality assurance. Being accredited by ACCSC means NLC meets or exceeds the agency’s standards of accreditation.

Yes, Northwest Lineman is legit because it’s an accredited institution. Before a college can be accredited, one of the things the accrediting agency verifies is the college’s legitimacy. Also, NLC has been operating since 1993 and has helped a lot of people in their careers.

Many students leave positive reviews regarding the environment, instructors, and program. Many commend the instructors who always answer questions to ensure that students understand what’s being taught.

One student on Indeed said that the instructors were amazing and made the program exceptional, while a majority of other reviewers said they were adept. While speaking about the school, another student called it “a great school for someone looking to get into the line trade.”

Negative reviews on Facebook mention the high cost of the school and the service of its housing partner, the collegiate housing service. One of the students complained of extra charges from the housing company even after moving out. Some students felt NLC should be responsible for helping them get a job after completing the program.

According to the Better Business Bureau (BBB), Northwest Lineman was accredited as a recognized business by the organization in October of 1994. It has been in business for 29 years. Currently, the school’s BBB profile shows positive scores as there are no complaints. The school’s profile is also up to date, which is of incredible benefit to the school’s image.

Northwest Lineman has not been ranked by any reputable body or organization, yet.

Northwest Lineman College is not ranked by US News & World Report at the time of writing.

Northwest Lineman College is not ranked by Times Higher Education at the time of writing.

» MORE:  What Are the Best Cyber Security Schools in California?

The admission process for Northwest Lineman College begins upon submitting your application. To confirm your eligibility for admission, NLC requires that you submit a medical release form to show that you are physically and mentally fit. Other minimum admission requirements include having a high school diploma, a valid driver’s license, and medical insurance.

Northwest Lineman has an open admission policy, meaning anyone who meets the admission requirements is granted admission into the school.

Will You Get Into Northwest Lineman College?

You might get into Northwest Lineman if you meet the requirements and submit your application early. You need to meet the minimum requirements before you can get into NLC, otherwise, you will be denied admission. Also, completing your enrollment agreement in time will help you reserve a spot for admission because of the open enrollment policy.

How to Apply to Northwest Lineman College

NLC has an incredible work culture and does not partake in Title IV funding to maintain low tuition rates. A 10 percent discount is given if you are an NLC Electrical Lineworker Program graduate. You will get a five percent discount if you register as a trainee who has finished an NLC online platform program. NLC offers a discount for companies enrolling multiple trainees.

Cost of Living in Edgewater, Florida

Edgewater is a city located along the Indian River in Volusia County, Florida. The cost of living is five percent lower in Edgewater, Florida, than it is nationwide. The region’s major employers are the public health and education sectors.

The city is a safe place to live with more than 150 acres of parks. Edgewater spans more than 24 square miles. A lovely river walk that follows the Intracoastal Waterway runs through the city and is perfect for cycling, running, and hiking.

Northwest Lineman offers tuition assistance through scholarships and other assistance for students with options such as private loans and military benefits. There are also plenty of scholarships to apply for. NLC offers student loans that depend on a student’s achievement through a partnership with Meritize Financial.

NLC helps students land a satisfying career in linework fields of telecommunication, natural gas, and electric power. According to the college, 76 percent of graduates are now current employees or have started their own businesses.

Contrary to popular opinion, lineman workers do not earn a poor salary. With an industry median wage of $86,000 and beneficial compensation planning, statistics indicate there will be career growth by 2026 resulting in 17,000 employment openings.

NLC has a history of producing graduates who go on to become successful business people and were able to land a solid jobs as a result. Take Mark Groves as an example. Groves is the present director of operations at Grid Manufacturing Corporation. He created the OX Block, a gadget with numerous commercial and leisure applications for rope rigging and rescue specialists.

Northwest Lineman is a private, for-profit college offering training programs at each of its campuses. The main campus is located in Meridian, Idaho, and there are branch campuses in Oroville, California; Denton, Texas; and Edgewater, Florida. On each campus, the school provides a 15-week electrical worker program.

NLC offers practical training to thousands of entry-level professionals, with a variety of advanced training choices such as pre-apprentice programs and utility training. The former provides workers with 13 weeks of pre-apprenticeship training.

Northwest Lineman trains over 8,000 students each year on its four campuses. The college is well known for its electrical lineworker program. This program is offered both online and in-person. Northwest Lineman has a 76 percent graduate employment rate. Graduates from Northwest Lineman have the industry skills and techniques necessary to help them land outstanding careers.

Michael Munoz is a training supervisor at Northwest Lineman and has experience as a lineman at Tessco Energy Services. Students have described their NLC instructors as experienced and always willing to explain and answer questions. They also host staff meetings where they train on proper corporate work-life practices and provide other assistance for employees.

Northwest Lineman is popularly known for its electrical lineworker program. This program teaches students skills and techniques necessary to construct, maintain, and repair overhead and underground power lines. Due to the constant changes in the field, Northwest Lineman discontinued other programs it used to offer, leaving just the electrical lineworker program and certification training in several other industrial sectors.

In this electrical lineworker program, students learn to construct, operate, and maintain electricity grids. Students learn skills that help them stand out in the job market and obtain highly valued certifications such as the Smart Grid and Electrical Devices Certification, Applied Mathematics, and Crane Operator Certification.

Additionally, students learn how to operate heavy machinery like bucket trucks and digger derricks. This program is 15 weeks long. Linework is one of the most profitable blue-collar careers. Students can secure jobs in construction companies, communication industries, and the power delivery industry.

Is Northwest Lineman College Worth It?

Yes, Northwest Lineman is worth it. The college has a conducive learning environment with experienced instructors. The four campuses have well-equipped training facilities. You also obtain various certifications that help you land jobs. At the end of your program, you are sure to secure a good job. NLC graduates are in high demand across the country.

How long is the Northwest Lineman College program?

The Northwest Lineman electrical line worker program requires a total of 15 weeks to complete. This time frame is uniform for all NLC campuses. The program has two major phases, known as the knowledge and the skill phase. The theoretical aspect and practical aspects require the hands-on application of classroom knowledge.

How is life at Northwest Lineman College?

Northwest Lineman has a community of committed people with a focus on culture, but not the toxic culture you find in some schools. The school admits committed people and arms them with top-level leadership skills.

What kind of training do Northwest Lineman College students get?

Northwest Lineman College students get academic training followed by vocational training through the internal training department. They also participate in other incentive programs that contribute to student growth such as a power delivery program, level awards program, and a communications program, which help expand career opportunities and provide excellent benefits to the students.

What are the best states for linemen to live and work? 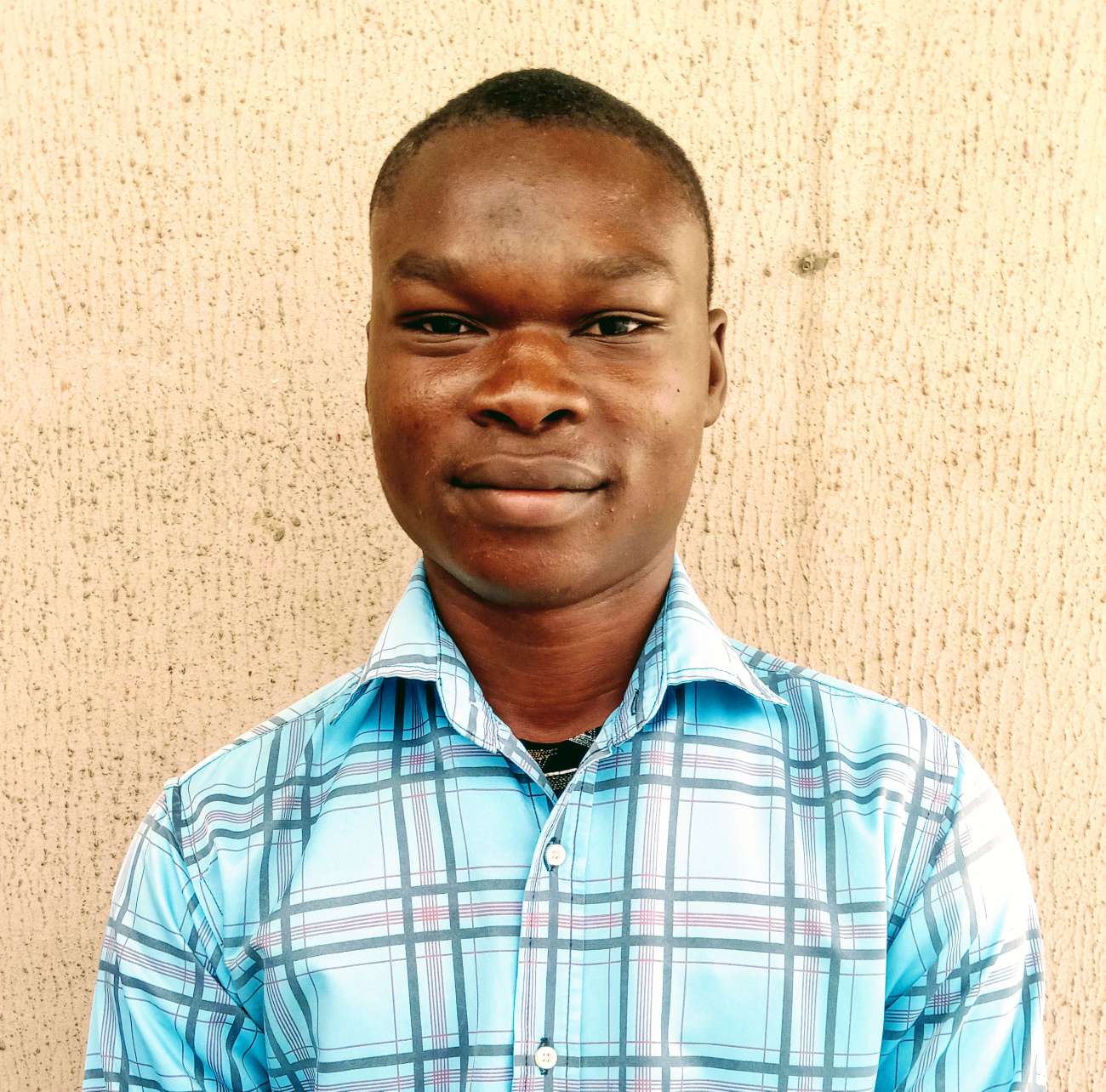 Saheed Aremu Olanrewaju
Content Writer at Career Karma
Saheed is an expert tech writer who holds a Diploma in Organizational Leadership and certificates in Java and product management. Saheed also has multiple writing awards and is a member of various tech organizations. Saheed is currently completing his Bac... read more
Share This
Aug 11, 2022
Comments (0)