Northwestern University’s acceptance rate is very selective for a number of reasons, such as its status as one of the top 10 universities in the country, according to US News & World Report. In addition, being situated close to Chicago, Illinois, one of the most famous cities in the Midwest within the third most populous state in the United States, has helped contribute to its ranking.

In this article, we break down the Northwestern University admissions process, which is similar to other top schools. We also look at Northwestern University’s admission requirements for first-year students, such as standardized test scores and teacher recommendations. We’ll also provide tips any school student can use to boost their chances of receiving a positive admission decision.

Is Northwestern University Easy to Get Into?

What Is Northwestern University’s Acceptance Rate?

Northwestern University’s acceptance rate is seven percent, which makes it one of the 2 most selective universities in the entire Midwest and among one of the hardest schools to get into in the country. On top of needing a high standardized test score and GPA, you’ll need top-tier extracurricular activities and a stellar counselor recommendation to stand out in its applicant pool.

Northwestern University’s transfer acceptance rate is generally under 15 percent, according to the school’s data. Transfer admissions is just as competitive as fresh admissions, as only the best transfer applications experience success. Successful transfer applicants to this private research university need to have completed a full year of university with a minimum B grade average.

The Early Decision acceptance rate for Northwestern University is 22 percent, based on data from its 2021 admission cycle. About 4,500 students applied for the early decision process, with approximately 1,000 getting admitted. The approximately 1000 applicants admitted formed roughly half of the total admitted students for that year’s application cycles.

While this may seem to indicate that Early Decision applicants may have a better chance of success, the pool of students that apply through Early Decision are always top students who are confident in their abilities. Unless you are absolutely sure that applying for Early Decision is best for you, applying by the regular application deadline can reduce the stress you take on.

Standardized test scores are not compulsory, due to issues with standardized testing caused by the COVID-19 pandemic, but are recommended. Strong applicants who are sure of their abilities and test results can apply for Early Decision, whose application window ends November 1. Regular decision is more scrutinized, has a lower rate of success, and has a deadline of January 3.

Who Gets Into Northwestern University?

According to Data USA, 43.1 percent of the school’s admitted students are White, 15.5 percent Asian, 9.24 percent Hispanic or Latino, 5.67 percent Black or African Americans, 4.01 percent two or more races, 0.128 percent American Indians or Alaskan natives, and 0.0354 percent Native Hawaiians or other Pacific Islanders. In addition, 15.2 percent of admitted students are first-generation college students, while 21 percent are recipients of federal Pell Grants.

The deadline to apply to Northwestern University is January 3 for regular decision and November 1 for the Early Decision admission process. Either application can be completed using the Common Application or Coalition Application. Each requires the payment of a nonrefundable application fee of $75, or the submission of a waiver for the application cost.

What Are the Major Reasons to Go to Northwestern University?

The major reasons you should go to Northwestern University are its unbelievable record of academic excellence amongst its students, the reputation that graduating from an elite university provides you with, and the balanced student life that this academic institution does its best to provide to its current students. Below is a further explanation of these reasons.

Graduates of Northwestern University belong to an elite class of degree holders. The school has produced hundreds of notable alumni across all fields of study, offers numerous scholarships that are alumni-sponsored, and boasts a stellar record of success when it comes to earning gainful employment rapidly post-graduation.

While an easy assumption to make is that students at NWU are nerds, especially with it being commonly referred to as “Nerdwestern”, the school does offer a strong balance in the academic, social, and sports life of its students. In fact, Northwestern is a founding member of the big ten school athletics and its hometown of Evanston is a cool town with great food just a 40 minutes train ride from Chicago.

Tips for Applying to Northwestern University

Gaining admission to Northwestern University is a very rigorous process as only 7 percent of its over 46,000 applicants get in. Northwestern University prioritizes academic excellence and social responsibility when selecting students for their degree programs. Below are a few tips for applying to NWU that can help you maximize your chances of admission.

Maintain a High GPA and Challenge Yourself Academically

A perfect GPA and doing well in challenging courses will significantly improve your chances of admission to Northwestern. NWU heavy prefers students that can take on academic challenges and excel in them. The best way to demonstrate this as a student is to enroll in as many AP or college-prep courses and perform well in them.

While standardized test scores are optional for the 2022-2023 admission cycle, submitting them can be beneficial. Keep in mind, however, that the average admitted student scores between 700 and 760 in the SAT’s critical reading portion and 730 to 790 in the Math portion for a combined score of 1,430 to 1,550. The ACT is similar, with most students scoring between 33 and 35.

Good grades alone aren’t enough. Participating in extracurricular activities or taking on social responsibilities helps build character. Schools want to see a good personality from their prospective students. Working a part-time job, playing sports, taking on leadership roles, and volunteering can all help you get into Northwestern University.

The following list contains the main application documents to prepare for the Northwestern University application process. The process is actually quite straightforward and there are no extraordinary requirements but starting early is recommended, especially when asking for letters of recommendation from your teachers and counselor.

Acing Your Northwestern University Application: What Is the Best Way to Prepare for the SAT?

The first step in preparing for the SAT is setting a target score. If you hope to attend NWU, you already know that average score of accepted applicants is between 1,430 and 1,550. By setting your target score to 1,550 you’ll have a measurable goal you can work towards and allow you to better track your progress as you practice.

Practice cannot be overemphasized when preparing for the SAT. Practicing with good quality practice tests will allow you to familiarize yourself with the test’s format, time restrictions, and its most challenging aspects. There are many great practice tests around but most are paid. The College Board offers official practice tests are free and that can properly prepare you.

Identify Your Weaknesses and Address Them

As you practice, you’ll start to figure out which areas you struggle the most in. Once you have a good idea of your weaknesses, do your best to focus on improving yourself in those areas. Its a good idea to have someone else review your practice tests who can help you identify what areas or concepts you find most challenging.

Northwestern University GPA Requirements: What GPA Do I Need to Get In?

Northwestern University does not have a minimum GPA requirement to be eligible for admission, but know that the average accepted student has a GPA of 4.1 on a 4.0 scale. Simply put, applicants must be at the top or close to the top of their class to even get a shot at making it past Northwestern University’s highly competitive admission process.

Generally, it’s not enough to graduate high school with a perfect or near-perfect GPA. In addition, most students admitted to Northwestern University have passed the most challenging courses available at their high school. Students who take on AP or IB courses or other challenging courses are much more likely to get in than those who don’t.

The cost of attending Northwestern University is $60,768 per year before financial aid, according to the National Center for Education Statistics. In addition to this figure, which only takes into consideration the cost of tuition and fees, it’s estimated that most students spend $1,566 on books and supplies and $21,504 on living arrangements if away from their families or $3,111 if living with them.

» MORE:  What Are the Best Majors for Introverts? How Introverts Can Find Jobs

The Bachelor’s Degree in Journalism at NWU’s Medill School of Journalism, Media, Integrated Marketing Communications includes core courses in philosophy of modern journalism, reporting and writing, multimedia storytelling, journalism in practice, media law and ethics, and journalism residency. There are also plenty of electives students can choose from to specialize their skills.

Thanks to the school’s reputation, NWU alumni often find it easy to climb the corporate or labor ladder. The skills, knowledge, and experience they acquire during their studies allow them to secure great jobs. Below, you’ll find a breakdown of the highest-paying and most common jobs for people who attended Northwestern University based on holders of a degree in one of its five most-specialized majors.

Most Common Jobs for People Who Attended Northwestern University

Should I Apply to Northwestern University?

Yes, you should apply to Northwestern University. You’ll get access to the best quality education available in the country, graduate holding an incredibly reputable degree, and belong to a strong alumni network that can help you propel your career. If you believe you possess what it takes and you believe it’s a good choice for you, apply to Northwestern.

Is Northwestern University a top-tier school?

Yes, Northwestern University is a top-tier school. In fact, it is one of the best in the country, ranking in the top 10 in the US and top 25 in the whole world. The quality of education delivered by the institution is top-notch.

Does Northwestern University have a minimum GPA requirement?

No, Northwestern University does not require applicants to have a minimum GPA. That being said, due to it’s competitive admissions, you’ll most likely need a perfect GPA to get in. More specifically, the average accepted student has a GPA of 4.1.

Is Northwestern as good as an Ivy?

Yes, Northwestern University is as good as an Ivy League school. While it may not be a member of the Ivy Leage, it’s position as tied for 9th in the US isn’t for nothing. The university’s education standards are just as high as Ivy League schools.

Is Northwestern University the most difficult school to get into? 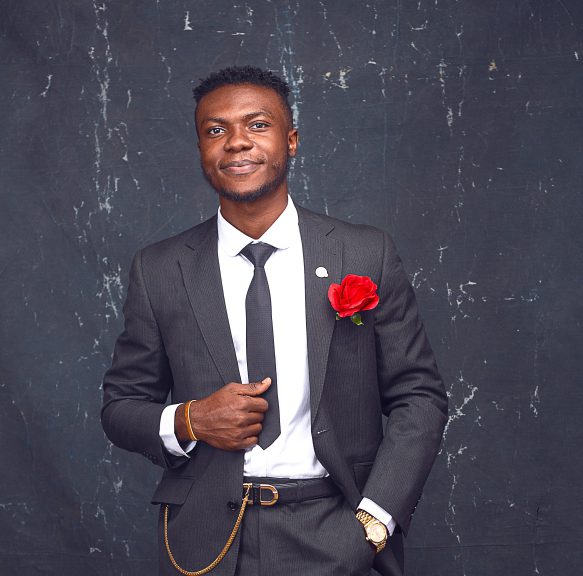 Hezekiah Oluwole
Content Writer at Career Karma
Hezekiah is a content writer and prospective software engineer. He holds a Bachelor of Arts in Philosophy from Obafemi Awolowo University. He also has education in project management, digital marketing, SEO writing, and software engineering with a special... read more
Share This
Aug 16, 2022
Comments (0)