The entertainment industry plays a major role in the history of American pop culture. It’s no wonder so many kids say they want to be actors when they grow up. Though not everyone has what it takes for a career in front of the camera, the film industry, including motion pictures and television, has many more professional opportunities. People interested in pursuing a career in film and television should consider an online film degree to prepare them for a film career.

Online students learn the basics of film, including film history, digital media, arts in film, technical skills, and directing. A degree in film can help you get to the career opportunities in the industry that you might be dreaming about. Through flexible and accessible online courses, students gain the skills they need without pressing pause on the rest of their lives. Whether you enroll in a national university or a private university, an online film degree is an excellent option.

What Can I Expect From an Online Film Degree?

Online degree programs are a great option for anyone looking for added flexibility in their next educational endeavor. Online programs, because of their non-physical nature, tend to focus more on the technical aspects of film. Students who are interested in working in film editing, special effects, production design, or sound editing, would fit right into an online degree program in film. These programs will still focus on theory, making sure that students graduate with a solid foundation in film history, theory, and criticism.

When researching any program, you should always take two very important factors into account: accreditation and financial aid. A school or program with accreditation has the stamp of approval that makes your program valid. Be sure to apply for federal financial aid in addition to specific grants or scholarships that individual schools might offer.

» MORE:  How to Choose a Major for Law School: Degree Research Guide

Online Bachelor of Arts in Film

Most online degree programs in film are bachelor of arts programs, though you can also earn your Master of Arts in Film online. A BA in Film prepares students for real-world careers in the film industry by training them in the hardware and programs they will use professionally.

An online bachelor’s degree program in film includes online courses and project-based work, giving students opportunities to show off what they have learned through short film productions.

Students must have a high school diploma to be considered for any bachelor of arts degree. If you already have an associate degree, you can apply to have those credits transferred toward your bachelor’s degree.

Most online programs in film do not require a standardized test score like the SAT or ACT. Always check individual program FAQ pages to make sure you have all necessary application materials.

Typical coursework in a Bachelor of Arts in Film program may include:

Bachelor of Arts in Film and Media Studies

Bachelor of Science in Digital Filmmaking

Bachelor of Science in Digital Cinematography

Bachelor of Science in Audio Production

Master of Arts in Digital Film with an Emphasis in Production

Online Master of Arts in Film

A Master’s Degree in Filmmaking is typically reserved for the most creative and cerebral of filmmakers. If you already have a Bachelor’s Degree in Film or a related field, a master’s degree program might be the next step in your film education.

However, most students who pursue master’s degrees in film already have professional experience in the film industry. These students decide to go back to school to gain more in-depth knowledge and develop their skills in a particular area of film.

Master’s degree programs in film tend to focus on the academic and theoretical aspects of film, exploring history, aesthetics, and criticism. Some programs require students to complete a research-based thesis for graduation, while others may have an optional thesis or a capstone project.

Because of the online format’s flexibility, most master’s degree programs in film give students substantial freedom to pursue their interests. Though there are course requirements, most programs include a large chunk of elective courses students can choose from to focus on their interests.

These programs are typically 35-45 credits and take two years of full-time coursework to complete. Many students will choose to pursue online master’s degrees part-time while they continue to work.

Master of Arts in Film Studies

Master of Arts in Film and Television

If you have ever stumbled upon a film crew filming in your city, you might have noticed how many people there were. Filming involves all hands on deck and post-production demands a whole other workforce. Because there are so many different jobs and areas of expertise in film production, there are many possible career paths in the industry.

The Bureau for Labor Statistics predicts job growth for producers and directors will be well above average at 12 percent through 2028. The bureau also predicts that film and video editing jobs will grow by about as much at 13 percent.

Here is a list of just a few job titles within the film and television industry:

Film is an exciting industry and you don’t have to go to New York or Los Angeles to learn the tricks of the trade—you can get the training you need right from your own house. Consider this article an introduction to the many online film degree programs that can help you get from your couch to the industry’s film sets and production houses. 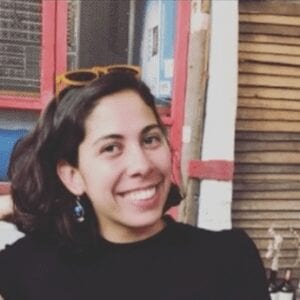