You know the typical story of people trying to pursue the American dream. Usually, they come into the country not knowing anyone or having much to live on. They find a job and work multiple shifts to afford enough to pay the bills. One year after another, they follow the same circle, hoping that one day, they’ll get a better opportunity and live a better life.

Pursuit is a community that empowers these people, and other underrepresented groups in our society: women, immigrants, Blacks and Hispanics, people without a college degree, and those from low-income backgrounds. And it aims to transform many of such lives by providing quality tech training and setting up its Fellows for high-paying tech jobs.

More than just a coding program, Pursuit is home to a diverse set of learners who are looking to break into tech.

One of Pursuit’s Fellows, John Gomez, shared his story with Career Karma. John is a Colombian-born software engineer. At age eight, he moved to the US with his parents. He had a difficult time trying to fit into his new environment, which affected his grades at school.

“Coming in as a kid, there was that culture shock. You grow with a perspective, and then you see how different the world is in different parts. So, it was hard for me to reconcile where I fit into it.”

Before Pursuit, John did construction jobs with his father during the day and helped his mother clean offices at night. Although he was accepted into a college, he could not afford tuition plus he needed to help his aging parents. They struggled to make ends meet, eventually pushing John to drop out after a couple of classes.

As time went by, John widened his mind to the possibilities of science. He enjoyed science podcasts, read physics books, and paid attention to materials that spoke about science and tech.

“On one of my first flights since coming to America, at the airport, I saw a book called ‘How Google Works’ and it talks about the type of people that Google likes hiring. It read: ‘We like people that are interested in working on things that they find meaningful because they provide a lot of positive impacts’. That resonated with me a lot.”

On one of his regular late-night train rides to work, he once again found another book called ‘Dreaming in Code by Scott Rosenberg’ on an empty seat and read it. He loved the idea of working with people as a team to create software and thought it was something he would want to do in the future.

“I was coming home one night when I saw an article in the Verge about Coalition for Queens—Pursuit’s former name. They were like, ‘there is this pilot program that is trying to teach programming to people who come from non-traditional backgrounds.’”

Though he had already begun learning to code on some other platforms, John loved Pursuit’s community feature as it fell in line with what he needed at the time.

“So, I applied and I got accepted. I went to the program and now, a couple of years later, I am at Google as a software engineer.”

John’s story summarizes what Pursuit stands for: to train adults with the most need and potential so they can land their first tech jobs, advance in their careers, and become the next generation of tech leaders.

How Diverse Is the Pursuit Community?

The community also boasts of an inclusive environment, with more than half of the entire student body identifying as women or non-binary. Pursuit says: “We believe that everyone should have the opportunity to achieve the American Dream regardless of gender, ethnicity, socio-economic background, or geography.”

John Gomez’s story demonstrates that mantra, and so does Jose Vila’s. Before Pursuit, Jose wasn’t living a comfortable life. “…I was barely making above minimum wage. I was living with five roommates and was thousands of dollars in debt. My salary wasn’t on par with my experience or where I wanted to be in my career.”

Jose was able to get the required training through Pursuit Bond—a funding model that allows students to learn with no upfront payment, courtesy of Pursuit’s partnerships with social impact investors.

After 10 months, he found a job at Moat as an SDK engineer, then moved on to Mailchimp to be an Android engineer. Now, Jose said he’s making way higher than the national average.

The Pursuit Bond: How It Works

In its early days, Pursuit relied entirely on philanthropy. It trained 21 Fellows with an all-volunteer staff in a donated classroom space in Queens. It succeeded in transforming their lives and hence, it drove to replicate the success in more people.

The Pursuit Bond is the community’s way of making tech training scalable. It is an innovative model which provides learning opportunities to members of the Fellowship without any upfront cost. This model involves three key stakeholders: Pursuit, its Fellows, and the social impact investors.

The investors share Pursuit’s goals of making tech training accessible to the underrepresented. So, they cover the upfront cost of training for eligible Fellows.

Pursuit trains their Fellows to become software engineers, and it offers long-term career support. Then, the career support team guides the Fellows through searching and landing high-paying jobs.

The Fellows get training without paying tuition upfront. However, they are responsible to pay back as a percentage of their income over some time once they get a high-paying job.

You can think of it as Pursuit’s customized Income Share Agreement (ISA). What makes it different from what many bootcamps offer is the kind of investor the Fellowship works with and how it designed its financing model: they are investing for social change.

Henry Nunez is an alumnus of Pursuit and a software engineer at cLabs. Before Pursuit, he went to college to study exercise science, with the hope of becoming a physical therapist. But he never found his footing. He did all sorts of jobs, including being a barista, an EMT, and a front desk receptionist.

It was during this struggle that a friend sent him an email about Pursuit. In his words, “My experience at Pursuit has been an incredible one. I remember the first day; everyone in our cohort was so different. Everyone came from different backgrounds and different professions. We were such an eclectic group.”

“But as time passed by, it turned out we were more similar than we were different. One thing was common: we were here because we wanted a big change in our lives. The [Pursuit community is] really inclusive, and I’m always amazed at the things they’re doing to reach out to underdeveloped communities to bridge the gap of financial inclusivity.”

Describing the limitless opportunities the program offers Fellows, he said, “Every day I entered Pursuit, it felt like a playground where the possibilities were endless.”

Erika Perez-Valle’s story also reflects the impact that Pursuit is making in many other lives. She crossed the Mexican borders with her mother and sisters at the age of 10. In high school, she was a straight-A student. Her dream was to get a college degree to lift her family out of poverty. Unfortunately, she wasn’t able to go to college.

She worked several low-wage jobs to earn a living until she found out about Pursuit from a news segment on Univision. Erika entered Pursuit’s intensive training program in 2018. Less than a year later, she became an associate software engineer at Spotify.

“I still have to pinch myself. This is real. This is no longer a dream. I have so much to look forward to—for my kids, my family, and my future,” she said. Following Pursuit’s tradition, Erika marked her new journey with the Gong ceremony. See here to watch her hit the gong.

Want to Know More About Pursuit?

The Pursuit Fellowship is currently an online and remote program. The Fellowship runs for four years: the first year focuses on teaching programming and the attention includes career training and support for the next three years.

Through Pursuit Bond, tech training is made accessible for people from underserved backgrounds. And the community approach to learning helps to provide Fellows with the support and motivation they need to succeed.

You have heard from John, Erika, and other alumni on how Pursuit taught them the skills that brought them out of poverty, transforming their lives for the better. You, too, can take the first step toward your dream career by joining Pursuit Fellowship today. 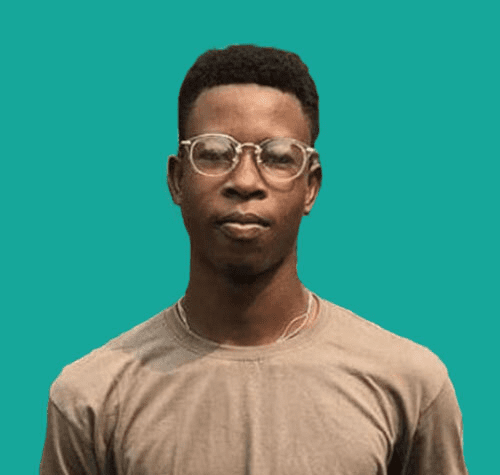 Pete O.
Writer at Career Karma
Pete's background is a blend of research and creativity. This makes him an excellent writer and a keen contributor to the Career Karma team. He has about half a decade of experience in content creation. This practical know-how spans across different niche... read more
Share This
Oct 11, 2021
Comments (0)