As companies garner complex data about their customers, there is an ever-growing demand for specialists to turn it into usable information. If you dream of a high-paying career in data science, business intelligence, or marketing, you will need to learn how to decipher patterns from big data and visually represent the results to colleagues and clients.

Python is the world’s fastest-growing programming language and is popular among data scientists, mathematicians, and software engineers, to name a few. It is a user-friendly coding language that is easy to learn as it has a simple, English-like syntax.

Python is also a multi-purpose language with many applications, such as automating repetitive tasks, analyzing data, creating data visualizations, accounting, and app development. Python’s simplicity and versatility have made it an in-demand skill among employers, as using Python increases efficiency in many different aspects of a business.

What Is Python Used for in Statistical Analysis?

Python can also be used to run inferential statistics, from which data scientists can draw conclusions and make predictions from the data. Normally it is not possible to gather information from an entire population, so researchers run statistical tests on random samples to make inferences about the population of interest.

There are several Python libraries, such as statistics, NumPy, and Pandas, that contain reusable bits of Python code that can be installed to compute an array of statistical tests. These modules of code allow you to apply different types of statistical analysis to your dataset without having to write every piece of code from scratch.

How Long Will It Take to Learn Python for Statistical Analysis?

Learning the fundamentals of Python can take at least three months. During this time, you can master the basics, such as converting a string to integer using the int() function. However, it depends largely on how much effort you are willing to put in. For a start, you may need to devote around ten hours every week. To go deeper into more advanced topics, you’ll need to devote even more time.

The hard part may be learning how to use Python libraries since each library can take a few weeks to master. With proper guidance, you can learn faster. In structured learning environments like coding bootcamps, you can learn advanced Python topics in around 13 weeks or less. If you choose an unsupervised approach, such as online courses, it may take more time.

Why Should You Learn Python for Statistical Analysis?

Python is Easy to Learn

The most popular advantage of Python is the fact that it is easy to learn. The programming language is straightforward and intuitive and these factors make it attractive for people who want to work quickly as opposed to drowning in lines of code.

Having a large community is one of the best features a programming language can boast. With a large community, you can always get support from others readily. Python has a great community that holds local meetups, forums, and even an open-source community.

This feature comes in handy when you need to get some clarification on issues or roadblocks you face while working on projects. Even on general forums for developers and data scientists, Python gets a lot of mentions and questions. One such forum is Stack Overflow where people can post their programming questions for others to chip in and help guide them.

Another reason to use Python for statistical analysis is its extensive libraries for different tasks. This feature alone sets Python apart from other programming languages. The libraries are basically built-in tools and functions that make tasks easier to complete without having to code afresh each time. Some of the common libraries include Pandas, NumPy, SciPy, and Matplotlib.

As more and more companies understand the importance of using data to achieve business growth, those with skills in Python for statistical analysis and data analysis are in demand and earn high salaries upwards of $100,000 per year. Python is the programming language of choice for large companies and data scientists alike.

How Can I Learn Python for Statistical Analysis?

There are so many options when it comes to learning Python for statistical analysis. You can choose to enroll in a coding bootcamp, take an online course or even do something as simple as reading a book. The best choice for you depends on what your goals are and how well you assimilate what you are learning.

One of the best ways to learn Python is by attending a coding bootcamp. The best part about this training is that it prepares you to use Python professionally either in statistical analysis or other areas. The programs are often short and flexible but intensive. This helps ensure that you learn all you need within a few months and are ready to use Python professionally.

The best Python bootcamps offer a cost-effective way to learn with unique features such as hands-on learning and pair programming. This gives students an opportunity to build a portfolio while practicing what they have learned.

Online courses can help you to learn Python for statistical analysis. This may be an option for some people who like to learn independently and at their own pace. Some popular online course providers include Udemy, Coursera, edX, and Udacity. Generally, online courses are affordable and many are self-paced.

If you are an avid reader who loves to read ebooks or hard copies, you can also learn Python for statistical analysis. There are a lot of books for this process and most are structured. You will start with the basics before branching into more advanced areas. Books are an excellent alternative to explore topics like linear regression analysis, survival analysis, and Bayesian statistics.

Books may be fun but have some drawbacks. A book can become outdated quickly, particularly in a rapidly evolving field like computer science and programming. It may be safer to use the other learning options listed above to ensure that you get up-to-date training that can make your work easier during statistical analysis.

Python libraries contain reusable chunks of code that come in handy while working on different projects. Some of the standard libraries for statistical analysis include Pandas, SciPy, NumPy, TensorFlow, and scikit-learn.

How to Learn Python for Statistical Analysis: A Step-by-Step Guide

While Python is easy to learn, it could be a challenge if you don’t learn the right way. Irrespective of the learning method you choose, there are some patterns you need to follow to ensure that you learn all aspects of the programming language as well as how it applies to statistical analysis. Here are some steps to follow while learning.

The first and most important step in the process would be to learn the core components of Python. There are many ways to do this such as introductory online courses or attending a coding bootcamp. Consistency is key when you want to learn a new programming language, so be sure to set aside a few hours a day to learn.

Learn the Fundamentals of Statistical Analysis

The next step would be to learn about statistics and data analysis. You can do this by taking an online introduction to statistics course. It’s important to get a grasp of different analysis methods and terms such as standard deviation, logistic regression, linear relationship, and correlation coefficient so you can apply the right analysis methods to your dataset.

Hands-on practice is essential for mastering your new skills. Online resources such as Kaggle offer tens of thousands of public datasets to practice on. If you get stuck on the way, there are a lot of Python forums to share your work and get feedback. You can also explore how professionals conducted statistical analysis on specific datasets to learn from their process.

Surround Yourself with People Who Are Learning

While it helps to practice on your own, working with others who are learning can help you to assimilate faster. You can find other learners and join them weekly and work on projects together. Doing this allows you to share tricks you learn on the way. You can search for meetups or local events in your area. This should help you to connect with other learners like yourself.

There are a lot of open source projects on Python on the Internet. You can master this programming language by contributing to open-source projects. In this model, the software source code is often open to the public and everybody can contribute and collaborate.

Companies also publish open source projects you can contribute to. All you’ll need to do is to work with code that was written by engineers from these companies. This is an excellent way to create a valuable learning experience. The best part is that you can add these projects to your portfolio and highlight your skills.

Python is a widely-used programming language because of its versatility. It is useful in different industries, from data analytics to software development and even robotics. You can learn Python for statistical analysis within a few months and become a data analyst or data scientist. Following the steps listed above will make it easier to learn and retain the information.

What Is a Variable in Python?

A variable allows you to refer to an object. Once you assigned a variable to an object, you can refer to that object using the variable. Regarding variables, there are several topics you should explore, including the relationship between variables and continuous variables. You should know what a dependent variable and a categorical variable are.

Which Library is Used for Statistics in Python?

There are many standard and third-party libraries you can use when applying Python to statistical analysis. The most important ones are Pandas, NumPy, SciPy, scikit-learn, and TensorFlow.

What Are the Main Topics in Python for Data Science?

Key topics to explore if you want to learn Python for data science are inferential statistics, Bayesian methods, probability distributions, and statistics for machine learning.

Is Python Good for Statistics?

Yes, Python has many applications in statistical analysis. It can be used to describe and summarize a dataset using measures of central tendency like the median, mean, mode, and normal distribution. It is also useful to identify the standard deviation, sample variance, and sample skewness. 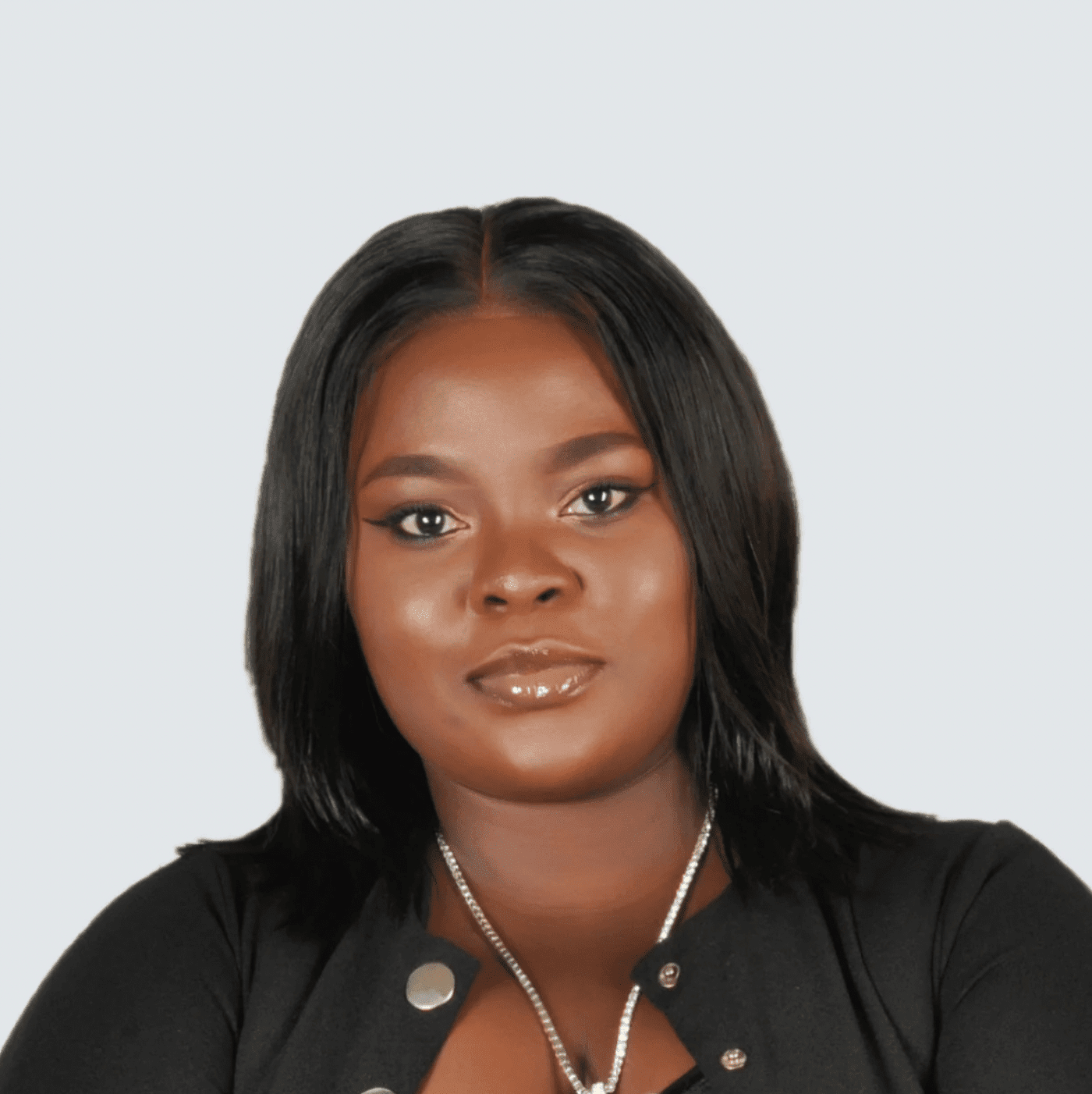 Princess Ogono-Dimaro
Senior Writer at Career Karma
Princess, a certified Career Coach by the International Association of Professions Career College, is an expert tech content writer whose work has appeared on Raffela, Play Junkie, Blockster, and Smartereum. She writes about arts and tech, and she has stu... read more
Share This
Dec 5, 2021
Comments (0)