Suppose you have a variable in a Python program. You may want to know the content that the variable points to, to be able to figure out whether your program is running as planned. Or, when you are writing a quick program that does not rely on a graphical interface for input/output, you will want to show some quick prompts to the user for navigating through the program.

That’s where the Python print() method comes in. The print() method allows you to print an object — which can be something as basic as a string too — to the standard output device, which usually is the command prompt.

This tutorial discusses how to use the Python print() method to print any object to the standard output. Let’s walk through an example to help you get started with this method.

The Python print() method prints an object to the standard output. You can print any object, including lists and strings, using the print command.

The syntax for the print() method is as follows:

The above command takes a number of arguments:

The best example of the print() statement in Python is the traditional “Hello World!” program:

If you are looking to print multiple strings one after another, here’s how you can pass in multiple arguments:

You can try changing the separator between the two objects like this:

Now, let’s take things up a level and try to print the contents of a variable:

Let’s try calling two print() commands back to back:

What if you wanted them on the same line? You can do that with the end parameter:

Occasionally, you might encounter situations where you may need to print the contents of some variables to a file. This might be needed in a large application which can not be monitored/debugged in real-time. Such files are called logs, and there are advanced libraries to help do this. For a relatively smaller application, you can use the print statement to generate adequate logs. Here’s how you can do that:

However, this is not a very popular method of writing to files, as other optimized methods like file.write() exist for the same purpose.

Objects in Python are instances of classes. They can contain more than one member variables and methods. This means that printing an object which has two member variables is not as simple as printing a plain string. There needs to be some way with which the print command can figure out what to do when an object of unknown type is passed in to be printed.

This is where the __str__ method comes in. This is a special method that can be defined in any class and is called by the print method when an object is passed in for printing. This method returns a string, which can be easily printed via the print command. This is how a general class with an __str__ method looks like:

The __str__ method is often used to fit the data of all the member variables into a template string that can be printed out for debugging purposes.

The Python print() method outputs the passed objects to the set output device, which is by default the command line prompt. It takes in options like end and sep to help you format your output for better readability.

This tutorial discussed, with reference to examples, the basics of Python print() and how to write classes that can support accessible print outputs. Now you are ready to start using the print() method like a Python pro! 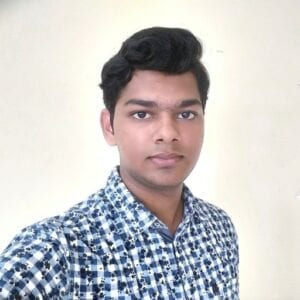 Kumar Harsh
Writer at Career Karma
Kumar is a young technical writer, covering topics like JavaScript, Python, Ruby and Web Performance. He is currently working towards a bachelors degree in Computer Science and Engineering at National Institute of Technology Patna. Along with writing, he ... read more
Share This
Feb 11, 2021
Comments (0)