In a perfect world, the ability to pay would not be a factor when it comes to the college admission process. Students who excel in high school should have the opportunity to go to the college of their choice, regardless of their socio-economic circumstances. The SAT Adversity Score, a value summarizing a student’s economic hardship, was conceived with this notion in mind in the spring of 2019.

The new initiative faced immediate backlash, despite being conceived with good intentions. Although it has undergone several transformations, the adversity score hasn’t been completely withdrawn.

Read on to learn more about the SAT Adversity Score, including its history, design, and criticisms.

What Is the SAT Adversity Score?

The SAT (Scholastic Assessment Test) is a standardized test created to measure a student’s readiness for college. Since 1926, the multiple-choice test has been a helpful tool for college admissions officers.

The test spans four different subjects and helps colleges and universities gauge which candidates are eligible for admission. However, it has undergone numerous changes since its inception, and the SAT Adversity Score is one of those changes.

CollegeBoard, the company that administers the SAT, announced the adversity score system in May 2019. Previously, a student’s SAT score was reflective of their academic proficiency. With the introduction of this new score, college applicants would seemingly have better luck with the admissions process. The board’s chief executive, David Coleman, believed the new score would reflect their “resourcefulness to overcome challenges and achieve more with less.”

The primary data points to be calculated for the single score include:

For a long time, college recruitment officers have considered information regarding students’ high schools and neighborhoods when making admission decisions. When CollegeBoard announced the implementation of the adversity score, it seemed like a helpful tool to expedite the lengthy general admissions process. However, a massive outcry against the new system caused the company to withdraw the SAT Adversity Score almost entirely.

What were the complaints against this seemingly useful metric? One major criticism was that a student’s adversity could not be quantified accurately like a math or English exam–a single number could not possibly tell a student’s entire story. Even if it could, many parents felt the metric would foster elitism and prejudice among students rather than promote equal opportunity.

Many opponents of the new system saw the adversity score as a blatant acknowledgment that it’s easier for some students to score higher on the exam than others. They argued if the SAT required such sketchy metrics to validate exam scores, the test itself needed to be fixed. The adversity score didn’t address the real problem, which was that the SAT was a broken and outdated measuring system.

Some people argue that the motivation for the adversity score was to incentivize schools to keep the SAT as part of their admissions process. Many rumors also sprung that the aforementioned factors were not the only ones being taken into account, making the system seem even sketchier. Others assert that the energy devoted to calculating the adversity score was better spent on eliminating score gaps.

This is a particularly relevant topic regarding the national debate on college applicants’ backgrounds and their eligibility. In a time when affirmative action is being challenged, and college admissions scandals are being exposed, distrust in the recruitment process in America is at an all-time high.

Is the SAT Adversity Score Still a Thing?

Despite the plethora of complaints made against it, the SAT Adversity Score hasn’t been rescinded entirely. CollegeBoard announced the adversity score would be rebranded into the ECD (Environmental Context Dashboard), before changing it again into a service called Landscape.

CollegeBoard said of Landscape: “It provides information about the student’s environment. It puts a student’s SAT score and other academic accomplishments included in their college application in the context of where they live and learn.”

The major difference is that Landscape offers many more data points visible to students and their families, rather than offering a single number as the adversity score did. This helps remedy the criticism that a student’s background can’t be represented with a single score.

Along with the strict guidelines that must be followed by colleges and CollegeBoard, the system has numerous facets that make it more transparent and efficient than its controversial predecessor.

You can read more about Landscape here.

FAQs About the SAT Adversity Score

How is the SAT Adversity Score calculated?

The SAT Adversity Score was not calculated using the data points included on its ECD (such as average AP or SAT score). Instead, the publicly available data points used to calculate the score included:

Probability of being a victim of a crime (neighborhood-level only)

Does the ACT use an adversity score?

The ACT opposed the idea of an adversity score from the get-go, saying the idea had good intentions, but wonky execution. ACT CEO Martin Roorda said: “If I were a student, I would become concerned or angry if the testing company would provide an adversity score to colleges without me knowing it, without me approving it, and without any of the end-users understanding how this score is calculated.”

How many colleges have been using Landscape?

However, CollegeBoard anticipates between 100 and 150 colleges will participate in the pilot phase. CollegeBoard also plans to make the resource free for colleges and universities this fall. 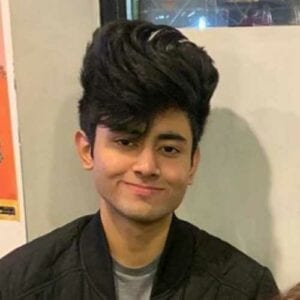