It wasn’t too long ago that mainstream advancements in virtual reality (VR) were the stuff of marketing gimmicks and science fiction. But now, after decades of sensationalist publicity and disappointing setbacks, VR is finally poised to fulfill its enormous potential and become one of the defining technologies of the 21st century.

And let’s be real. Especially with COVID-19 changing the way we learn, work, and interact with one another, the emergence of virtual classrooms, virtual conference rooms, and virtual training facilities will play a vital role in restoring social and economic order to the world once the pandemic is over.

Investments are pouring into virtual reality and its sister technologies at a breakneck pace, so now is the perfect time to grab a slice of the expanding pie. Luckily for you, there are plenty of ways to go about riding the next wave of VR innovations to a lucrative career.

In this guide to learning VR, we’ll explore the current state of knowledge, take a look at the latest trends in VR applications, and set you up with the resources you need to immerse yourself in this cutting-edge technology.

What Is Virtual Reality?

In its most basic sense, virtual reality refers to a credible simulation of reality, an immersive experience of something that feels like reality to all or most of the five senses. For many people, the term carries strong connotations of fakeness or artificiality, but it is important to recognize that the primary meaning of “virtual” is “almost.”

People who develop virtual reality technology are not trying to compete with or replace actual, objective reality. On the contrary, they are architects for the human mind, studying how our brains filter sensory data into holistic experiences of the surrounding world. This knowledge then empowers them to construct virtual environments that can enhance, or briefly allow us to transcend, our physical reality.

Before the advent of computer programming and digital animation, someone might have cited vivid dreams and stage plays as examples of virtual reality. In contemporary parlance, however, the term covers a relatively narrow range of technical senses.

Virtual reality now most commonly refers to a three-dimensional, computer-generated, virtual environment in which the user is completely immersed. To achieve the immersive effect, the user typically wears a VR headset to eliminate the outside world from his or her field of vision.

This piece of equipment distinguishes VR experiences from other kinds of extended reality (XR), such as augmented reality (AR) and mixed reality (MR). With the aid of a camera or other viewing device, AR and MR experiences involve computer-generated objects or information superimposed onto the viewer’s actual environment.

Though the various subcategories of XR are technically distinct, most educational materials lump VR and AR together. For that reason, the information covered in the rest of this article will apply to everything under the XR umbrella.

What Is Virtual Reality Used For?

The desire to escape into virtual worlds isn’t the only thing driving VR innovation. While virtual reality gaming remains a huge focus for developers, the fastest-growing areas of VR research and development are not consumer hardware and software, but rather industrial applications in a variety of sectors.

All things considered, below are four of the trendiest uses of virtual reality technology.

Two major types of features determine how virtual reality products are marketed and sold. Firstly, how many degrees of freedom a given product offers the user. Secondly, whether the product is tethered or untethered.

What does it mean to experience freedom in virtual reality? Well, it means the same thing as experiencing freedom in the real world. When VR developers try to recreate the sensation of moving through three-dimensional space, they must consider all of the ways a human head and body can move.

Some VR devices allow the user to convert only the three degrees of rotational motion. This means that the user can rotate her head with complete freedom and experience the corresponding sensation in virtual space. But 3DoF headsets are unable to convert the body’s forward-backward, side-to-side and up-down movements into virtual actions.

The following products permit the user three degrees of freedom:

The dream of having complete rotational and translational freedom will eventually render these products obsolete. For a VR game especially, the gold standard is six degrees of freedom, and it is where most of the smart R&D money is being spent.

Examples of existing 6DoF technology include:

Tethered VR products draw off the computing power of a gaming CPU or video game console. Because virtual reality programs require a lot of juice to run, the tethered route tends to lead to a more reliable and pleasurable experience. Playstation VR, for example, is tethered to Sony Playstation and HTC Vive is compatible with Microsoft Windows.

An untethered VR product can stand alone, though with less power to assist the user. Nevertheless, huge strides are being made with this technology, the most obvious example being Oculus Quest.

To the uninitiated, virtual reality can seem like witchcraft, and no less impossible to learn. But this specialized field is no more intimidating than anything else in the world of computer programming. Since the technology has already come a long way, you won’t have to reinvent the wheel.

Once you get started, you’ll be surprised how fast everything falls into place.

How Long Does It Take to Learn Virtual Reality?

Virtual reality is relatively easy to learn, but hard to master. And it really depends on how much experience you have going in.

If you’re completely new to it, experts suggest spending one to two years gaining comfort with the programming languages and tools you’ll need to use, and then another year experimenting with prototypes.

The more time you spend under the hood, of course, the better your virtual world will look and feel.

One of the most exciting things about studying virtual reality is that the field is relatively young, so there is no set curriculum. On the downside, with fewer standards in place, you can’t always be sure that the course you’ve picked is a good one.

Whether you’re ready to shell out for the best training money can buy or you simply hope to find a good deal, below are some strong options to set your education in motion.

Many computer science departments offer virtual reality only as an elective. Much rarer is a full academic program devoted to the study and development of virtual reality technology. If that’s what you’re after, here are a couple you should consider.

If you want something more convenient and less time-intensive, try one of these specialized online courses. The first course below offers students hands-on training with the Unity game engine, popular among developers and an industry standard. The second course is a fast-paced and practical overview, complete with guest speakers from the industry.

Nothing beats free. You get what you don’t pay for, of course, so proceed with caution. While neither of these courses will place you at the top of the field, both of them will put you in a position to start developing VR experiences of your very own.

Design and Publish Your Original Game

Maybe you don’t have time for a course at all, or maybe you’re a self-starter with no time to waste. Whatever the case, reading up on the subject in a more systematic way may help you decide whether you have the stamina to go all the way in VR development.

The most technical and advanced selection on this list, Greengard’s book approaches the virtual reality industry from all angles. He not only describes the technology behind VR, AR, and MR, but also dives into real-world applications. Not one to shy away from big questions, Greengard even ponders what these technologies mean for the future of society.

Defying Reality: The Inside Story of the Virtual Reality Revolution, David Ewalt

Ewalt takes readers behind the scenes of the booming virtual reality industry, sharing trade secrets that emerged out of his original reporting. Written for tech specialists as well as a mainstream audience, Defying Reality gets to the bottom of what all the fuss is about, why VR captures so many imaginations, and where the money is being spent.

The problem with books is that their information goes out of date, and the state of knowledge on virtual reality is evolving all the time. For the next time you want to stay on top of all the industry buzz, below are a couple of online hubs to keep bookmarked on your browser.

Have you ever wondered what the virtual reality startup Magic Leap is up to these days? Are you curious about the latest product developments? Do you want to read about your favorite VR game? Then check out VR Scout and satiate your appetite for industry news and analysis.

Nothing beats a good TED talk. Here are all the best minds in virtual reality contributing their unique perspectives and outside-the-box thinking to the betterment of society. Next time you want to feel inspired, queue up one of these videos, let your jaw drop and imagine what your own TED-worthy idea will be.

Should You Study Virtual Reality?

Learning how to create virtual environments could set you up in one of many exciting careers, whether in gaming, film, education, or business. And if you start now, you can rest assured that you’ll be getting in while the getting’s good. VR is a hot investment that won’t slow down anytime soon.

The future of virtual reality, in other words, is already here. Will you be along for the ride? 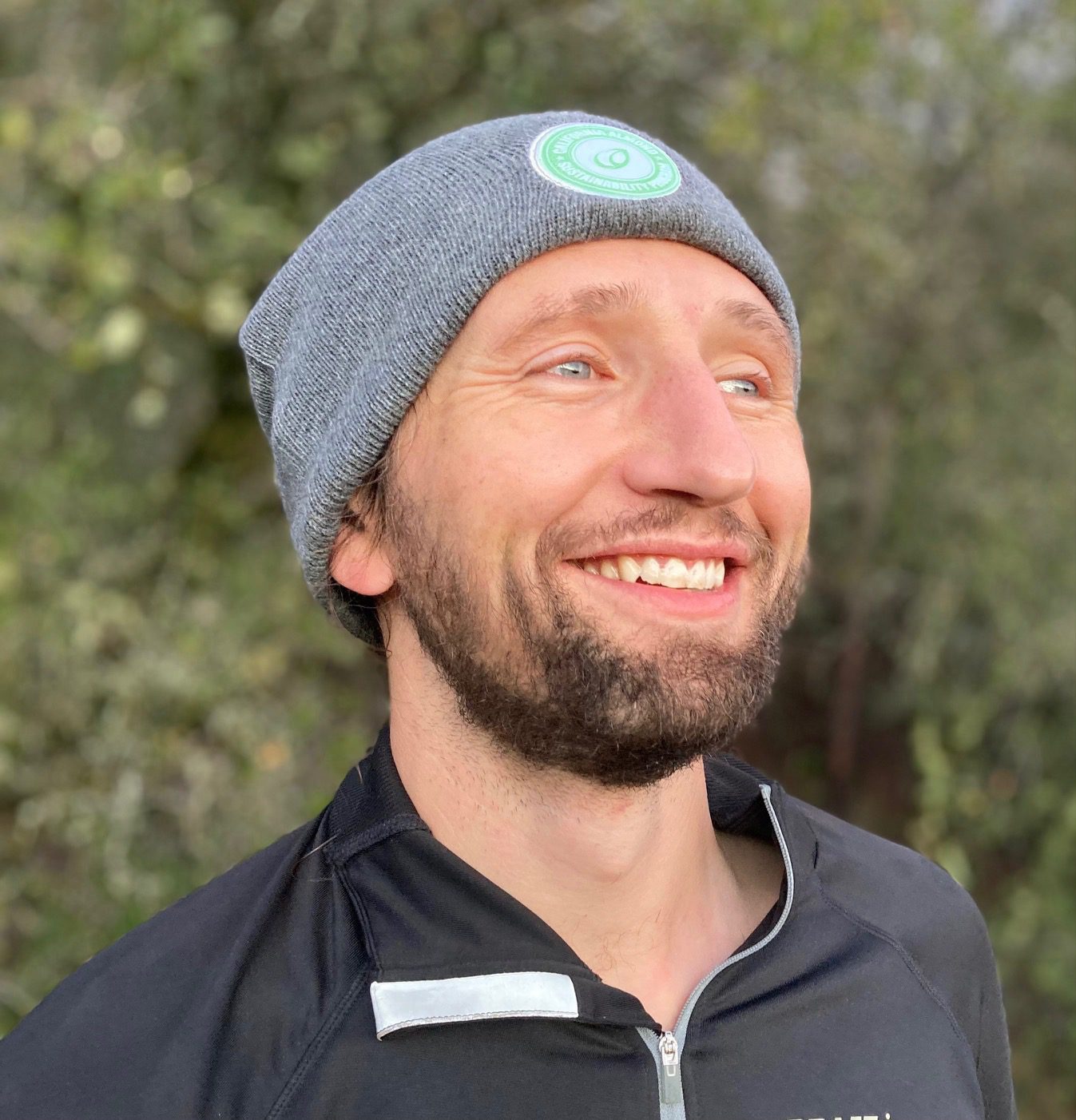 Marc Juberg
Senior Content Manager at Career Karma
Marc is an expert on the American higher education system, having navigated it for 12 years as a student and four years as a college writing instructor. He has earned three degrees: a Bachelor of Arts in English Literature from the University of Californi... read more
Share This
Nov 3, 2020
Comments (0)