Are you looking into CSS terminology for a career in web development? CSS skills will help you style HTML web pages and documents. You can learn CSS to make websites that are fast, consistent, and easy to maintain.

There are a plethora of opportunities in web design and web development, whether you want to work as a web developer in Silicon Valley, find a remote job in web design, or even freelance your skills. For any of these, you’ll need to know CSS terminology to succeed. In this article, you’ll find a glossary of CSS terminology and what you need to know if you want a career as a web designer.

CSS stands for Cascading Style Sheets, a programming language that’s widely used in adding style to HTML web pages in the digital space. It was developed by the World Wide Web Consortium and can be used by any XML markup language. Also, due to the simple language and syntax, it’s easily understood in the human language.

Web designers and site builders use CSS to define and customize the appearance of HTML elements. CSS helps enhance the rendering of elements and their visual appeal on the screen in websites and apps. It allows implementing various styles like inline styles and adding animations with keyframes.

Web designers, web developers, front end developers, and application developers use CSS terminology to apply CSS concepts and syntax to web page code. They use web development tools like Bootstrap, a widely used CSS framework, to create aesthetically-appealing web pages. Some developers also use apps like Mimi, Programming Hero, and CodeHub to code and enhance the look of web pages with CSS.

Whether you’re transitioning to a career in tech or looking for an entry-level job in web design, you’ll definitely need a sound knowledge of CSS and HTML. Learning CSS can be fun and exciting. However, before you dive into an online CCS course, you can benefit from understanding the common CSS terminology first.

A CSS box model defines how elements should appear on a web page. By design, CSS is a simple, box-oriented formatting model consisting of margin, border, padding, and content. All content and elements are presented within these boxes.

Why Web Designers Need to Know About The Box Model

Web designers need to know about the box model because it builds the foundations of displaying content on CSS web pages. With the box model, they can set the structure and dimensions of a CSS layout by defining box properties like width and height. There are also block boxes and inline boxes for organizing and positioning content.

» MORE:  What is the CSS :First-of-Type Pseudo-Class?

As part of the CSS syntax, declaration blocks pair up a CSS property and value to clearly set CSS styles on a web page. For example, for a background-color property, the color you assign to it is the value. You pair them using a CSS declaration block syntax, with a colon between them and a semi-colon after the value. Declaration groups have a curly brace at the start and a closing brace at the end.

Why Web Designers Need to Know About Declaration Block

Why Web Designers Need to Know About Flexbox

Web designers need to know flexbox because it gives them more control over the behavior and alignment of elements. Flexbox gives web designers flexibility in customizing CSS files and enhancing a web page layout. This is particularly important as they design web pages that can adapt to any size device or screen type.

CSS positioning is a property used to specify where every single element should be on a web page. The five values that can be used for positioning are absolute, fixed, relative, static, and sticky. The default CSS position value is static, but you can change this and customize it as needed.

Why Web Designers Need to Know About Positioning

Web designers position elements to make the visual layout look neat and organized. They ensure that the position of elements is suitable for both desktop and mobile applications. Positioning also makes a website look good on any displayed screen and browser.

Why Web Designers Need to Know About Properties

Web designers need to know about properties because every code snippet has them for styling various elements. Whenever they make changes, they can maintain the website design and keep the document structure and content separate. They only need to adjust the values of specific properties.

Learning more advanced CSS terminology and concepts can give you the competitive advantage you need to break into tech. Many industries are now looking for talented developers and creative web designers to design websites. So, this is the right time to have an advanced CSS terminology cheat sheet that will come in handy as you pursue becoming a web designer or front end developer.

Inheritance is the process of transferring certain properties from a parent element to a direct children element. The concept of inheritance simplifies the coding process in styling web page aesthetics. The syntax of a web page applies inheritance rules when no initial value is set for the property of a child element.

Why Web Designers Should Know About Inheritance

Using inheritance saves web designers time in styling the descendant selector and reduces the efforts required in the web development process. Some properties can inherit values by default, such as color, font, visibility, text-align, line height, and list style. However, CSS classes can’t be inherited, unlike what is often the case in other programming languages.

Pseudo-class is a predefined keyword used to add a style to any one or more selected elements. It lets CSS selectors have styles different from the original ones. There are different pseudo-classes, including location, language, user action, and time.

Why Web Designers Should Know About Pseudo-class

Web designers use a pseudo-class to enhance a browser’s layout and appearance. Pseudo-classes help web designers manipulate the visual interface of a website without interfering with structural elements and content.

A ruleset consists of selectors and declarations defined for stylesheets. When a website is opened through a browser, it has an author rule and reader rule that applies, depending on who’s accessing the web page. The author rule is usually for web designers, and the reader rule is for the users.

Why Web Designers Should Know About Ruleset

Web designers should know about rulesets because it’s significant for writing a code block in CSS. A ruleset establishes a cascade in the stylesheet and keeps the web design process efficient and clearly defined. This makes styling HTML elements organized and allows for easier debugging and maintenance.

A CSS selector defines which elements are selected for applying a property value or style. A simple selector points to the elements to which a CSS style is applied, while a combinator selector includes a group of selectors. Each type of selector serves to select a certain element and defines it in a specific way. For example, the universal selector is defined by the asterisk character.

Why Web Designers Should Know About Selectors

Web designers should know about selectors since they can use them to select elements for styling web pages. They need to understand the differences between and the proper applications of a universal selector, class selector, attribute selector, among others.

Specificity ranks CSS selectors. It entails specifying for the browser to apply, order, and prioritize a style on a selected element. With specificity, the higher the ranking of the selector is, the more important it is because its style is highly specific. This means that the CSS style can top the styles of other web pages.

Why Web Designers Should Know About Specificity

Web designers should know about specificity since it’ll help them define two rules to the same element that are otherwise conflicting. Specificity is important in CSS for the cascading feature offered by the markup language itself. Styles are applied in a specific order, one after another. No two styles will be applied at the same time.

How Can I Learn CSS Terminology in 2022?

You can learn CSS terminology through massive open online courses (MOOCs) like Coursera and Udemy that contain courses and projects for CSS. You can also find courses on subscription-based learning platforms like Skillshare. If you absorb concepts better by listening than reading, you can also learn from web design video channels on YouTube.

You can take learning about CSS terminology to the next level by enrolling in coding bootcamps that offer web design and development programs that cover CSS. Web design bootcamps prepare you for your dream job in web development or design and let you hone your CSS programming skills by doing projects on ideas that inspire you.

What is a CSS developer?

CSS developers are professionals who polish the aesthetics of an HTML document by using CSS. They apply the knowledge of CSS best practices and guidelines to create visually-appealing websites. Developers with CSS skills earn an average salary of $72,080 annually, according to PayScale.

Should I learn HTML or CSS first?

You should learn HTML first if you’re just starting out in the world of web design and web development. Then, advance your knowledge by finding strong resources to learn CSS if you want to have a promising career in web development.

Yes, CSS is easy to learn. You can explore many tutorials to learn the CSS syntax. You can also use tools for web designers to practice and style basic web pages.

Is CSS the same as JavaScript?

No, CSS is not the same as JavaScript. CSS is a markup language and a layout language for HTML web pages. JavaScript is a programming language used to make websites dynamic, add interactions, and enhance accessibility. CSS has a separate file that uses a .css extension while JavaScript uses a .js extension. 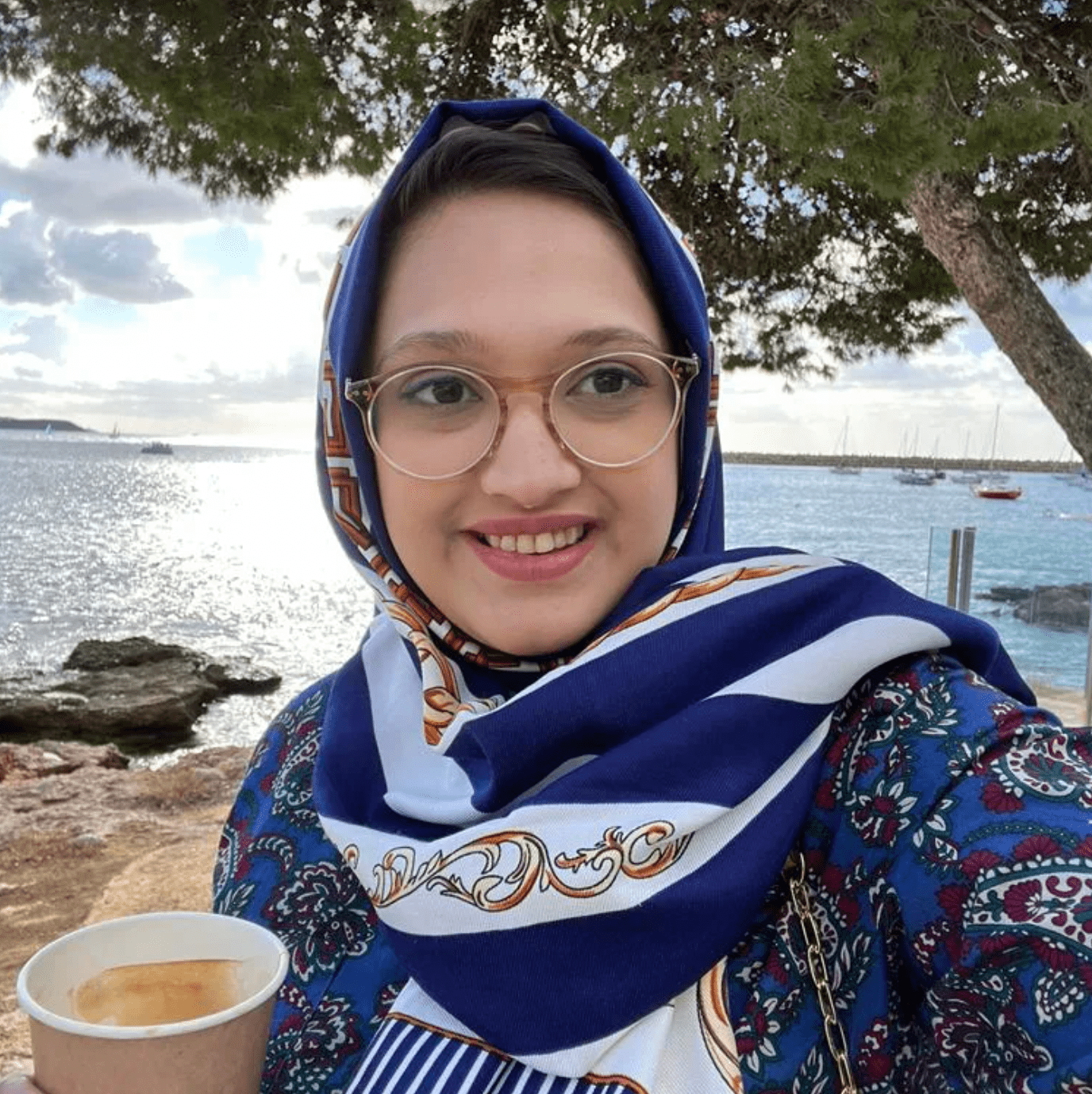 Farah Abdullah
Content Writer at Career Karma
Farah is a writer, project consultant, and IT event organizer. She is a certified project management professional and an avid tech reader. Farah holds a BSc in Information Systems from Effat University in Saudi Arabia as well as a Postgraduate Diploma in ... read more
Share This
Feb 15, 2022
Comments (0)