If you possess software development and programming skills and are enthusiastic about the video game industry, then you might want to become a game developer. This article will include game developer job satisfaction factors and the highest-paid jobs in the gaming industry. We will also talk about the stress factors, rewards, and employment benefits that commonly accompany working as a game developer.

What Is a Game Developer?

A game developer is a software engineering professional responsible for coding, maintaining, and testing a video game and its core features. A primary job responsibility of a game developer is to develop a game that’s unique and replayable. To achieve this, developers work with video game designers, animators, and UX/UI designers.

Depending on the job title and company, game developers create video games for mobile devices, computers, gaming consoles, and other devices. Some of their job duties include developing innovative game storylines, designing 2D and 3D game animations, and conducting game performance tests.

Is Game Development a Good Career?

Yes, game development is a good career for individuals who are interested in a profession that is a blend of programming, design, and creative subject areas. Along with being a multifaceted field, game development is also a highly in-demand occupation that comes with high compensation rates. Experienced developers can get the opportunity to work at top video game companies.

There are numerous components that make game developer jobs satisfying including high job growth rates, and high compensation rates. Read below to find the top professional and personal satisfaction elements of working as a game developer in today’s gaming industry.

Game development is a growing field that employs the latest techniques and technology to create modern games. Expect to learn the newest software development and software engineering methodologies during the game programming process.

If you have strong development skills and want to engage in innovative software engineering endeavors, the development process of a video game will provide you with that. As a game developer, you are not limited to one graphical platform. You can program games for mobile devices, websites, computers, or game consoles.

The profession of game development isn’t simply limited to technical programming and software testing, it also encompasses more creative game design features. If you want a job that allows you to enhance your creative side, you’ll also have the chance to create stories and artwork.

Diversity in Gameplay Ideas and Experiences

For those who love tech but don’t want to spend 40 hours per week stuck at a one-dimensional software job, a game developer job might be for you. This professional development field is an amalgamation of creativity, innovation, and gameplay.

As a developer, you will get to work with a wide range of initial game sketches and ideas to create unique game design features and gameplay experiences. The ranges of gameplay ideas are endless and cover tons of genres including RPGs, first-person shooters, sports, and platform games.

If you have excellent interpersonal and project management skills, then the collaborative work culture factor in the game development profession will allow you to build a successful career. As a game developer, you will work with video game designers, executive directors, UX/UI designers, and project managers to meet production schedules and create a polished finished product.

Like any job, game developers face a variety of stressful situations that are balanced with hard-earned rewards. The pros and cons listed below vary depending on your company and your job description.

Life as a Game Developer

Now that you have an idea about the pros and cons of working as a video game developer, let’s find out what your life will look like on a daily basis. After reading the different factors below, you should be able to tell if this profession is right for you.

A game developer’s work environment is collaborative and fast-paced. Depending on your company and job, the workload will be heavy. Game developers work with various tech and non-tech departments to develop an optimal video game. Your work schedule will also vary depending on the project schedule. You might be required to work during weekends and evenings to meet project deadlines.

As a full-time game developer you will most likely receive health, vision, and dental insurance. Your employment benefits also include paid sick leaves, vacation days, retirement plans, and parental leaves. However, know that employee benefits vary depending on your company, job designation, and employment agreement.

Working as a game developer can lead to other opportunities. This profession is quite diverse and incorporates both technical and non-technical skills. You can apply for senior roles after two to three years of experience. For anyone interested in software engineering, you can grow your career as a senior game engineer or a systems designer. A game developer’s career growth can also branch into artificial intelligence fields.

The future is bright for game developers. Salaries are expected to increase and working as a game developer can lead to different career paths depending on your skill set and interests.

Is Game Development In Demand?

It is a prominent career choice for aspiring programmers, software developers, and software engineers in search of a fruitful career path. Many developers find jobs at large companies such as Roblox, Minecraft, EA, and Blizzard.

According to ZipRecruiter, the average salary of an entry-level game developer is $57,146, while the top 90th percentile make around $118,500 per year. ZipRecruiter further reports San Francisco, Fremont, San Jose, and Oakland to be the top-paying cities for game developers.

A game designer is responsible for the gameplay, plot, and interactive elements of a video game. You need a bachelor’s degree in graphics design or software engineering to enter this profession. Attending a coding bootcamp can also help you get hired as a game designer. As a game designer, you will work with UX/UI designers, game programmers, and 2D and 3D animators to create a functional and optimal game design.

A game engine developer is responsible for programming the engine and the system in which the video game will run. Some of their job responsibilities include system debugging, software maintenance, and engine codding. They work to aid the game programming process by collaborating with game developers and game designers.

A senior game developer works with creative directors, lead game designers, and junior game developers to supervise and develop a functional video game. You are responsible for the game interface, gameplay code, and software efficiency. You will conduct regular software tests, debug the codes, and build a user-friendly game.

A game engineer’s duties are similar to a game developer’s job responsibilities. As a game engineer, you will create a functional game code using the lead designer’s vision. You will also conduct regular software testing and build a scalable application.

Should I Become a Game Developer?

You should become a game developer if you are passionate about programming, software development, and the video game industry. A game development career also suits candidates with a passion for artificial intelligence, augmented reality, and virtual reality technologies.

This highly in-demand profession will help you build a fruitful, and successful career in the lucrative video game industry. It will also allow you to work with an array of software subject areas including software engineering, quality assurance, UX/UI design, game design, and application development.

Are video game developers in demand?

Yes, video game developers are high in-demand and the Bureau of Labor Statistics predicts the job outlook rate for software development occupations to be 22 percent between 2020 to 2030. The video game industry is also rapidly growing and currently stands to be worth hundreds of billions of dollars, which makes video game developers a highly sought-after professional group.

Is game development a hard job?

Yes, game development is a hard job as the profession combines software development, software testing, user experience design, and character animations. As a game developer, you will work with a group of tech-based and non-tech professionals to code an optimal video game that requires ample time commitment and high-level skills.

How can I become a game developer? 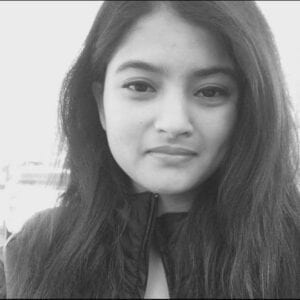 Sunayana Samantaray
Senior Writer at Career Karma
Sunayana, a certified Executive Coach by the International Association of Professions Career College, is an experienced content writer. She has written about topics such as career changes, education, tech, sustainability, business, and data science. She h... read more
Share This
Jan 3, 2022
Comments (0)