In other words, JavaScript is the language of the Web that gives an application life.

For many developers, it is often mistaken as Java, which Sun Microsystems invented in the early 1990s. What you will learn from a brief look into the history of JavaScript is that it was far ahead of its time even when it was first invented in 1995.

Let’s go back and take a look into the history and evolution of JavaScript, beginning in the early 1990s.

The Beginnings of Netscape

In early 1993, the NCSA at the University of Illinois released the first popular graphical web browser. They called the browser NCSA Mosaic. This browser was the start of the internet boom period in the early 1990s. Marc Andreessen, a developer who co-wrote the original platform, left shortly after the release of Mosaic to form his own company. Along with James H. Clark and former students and staff of the University of Illinois—Mosaic Communications was born in 1994.

Mosaic Communications worked on its first major project, a browser with the internal codename of “Mozilla.” Sounds familiar, right? It was a combination of the names “Mosaic” and “Godzilla.” Mosaic released its browser in late 1994 and took over close to three quarters of the market within 4 months. This made it the most popular web browser of the 1990s. The browser was quickly renamed Netscape Navigator and the company Netscape Communications. This was to avoid any future trademark problems with NCSA about Mosaic.

But Andreessen wanted more. He felt that even though the web browser was at the top of the internet game, he saw the future of the web being more dynamic. He saw animations, interactions, and various forms of small automation in the future of the internet. To provide that, the web would need a complimentary scripting language that could interact with the Document Object Model. It would also need to cater to a specific type of programmer—the designer.

NOTE: For those that are not familiar with the DOM, it provides access to the browser’s session history. It also provides users with the methods and properties to move back and forth in the browser.

Netscape Communications continued its reign at the top of the web market with the Navigator browser. Soon after, the competition began to step in with their response. Microsoft wanted to set the bar and be the standard in all technology.

In response, Microsoft released Internet Explorer in 1995. This development was their first step towards monopolizing the Web back then. Andreessen and Netscape Communications did not take that threat lightly. They had to act fast to build a response to keep them as the most reliable web browser in the world. They knew they had to release a new language and developments as soon as possible. This sparked what was then known as the browser wars.

First, they contracted technologist Brendan Eich to develop a language for the browser like Scheme. Scheme is a Lisp programming language that is dynamic, powerful and functional in nature. Netscape also formed a partnership with Sun Microsystems, the original founders of Java. Sun pushed their way into the browser wars by leveraging this partnership with their updated vision of Java. Unfortunately for them, it was way ahead of its time with the limited developments of the internet in the early 1990s.

Sun partnered with Netscape in 1995 to provide the Java language as a complementary language for what Eich was developing. Now with the strategic plans set, the competition against Microsoft was on.

Everyone involved wanted a language to cater to designers that would still be accessible to non-developers. Netscape also needed to provide a proper prototype to be able to defend against competitors with their browser experience. Originally named Mocha, the language created by Eich aimed to turn the web into a full-fledged application platform. Mocha provided small scripting tasks for web designers, becoming a companion for Java.

It took Eich 10 days to develop the programming language requested by Netscape. The end result was nothing like Scheme, but more like a very dynamic, updated version of Java. Underneath was a technological beast that was a mix of Scheme and Self, but with the look of Java.

In May 1995, Netscape released the first prototype of Mocha on Netscape Communicator. Shortly after, Netscape renamed the language LiveScript as a marketing strategy and selling point. In December 1995, Netscape and Sun closed a final deal on the prototype. They also officially named the language JavaScript. Both parties promoted JavaScript as a companion language for small client-side tasks in the browser. At the same time, they promoted Java as the bigger, more professional tool to develop rich web applications and web components.

Unfortunately for both parties, the launch of JavaScript to the public received mixed reactions. The marketing platform confused many people with what exactly JavaScript provided to the public. Was it a scripting language on its own? Was it a companion partner language to Java?

The name was the beginning of issues with the promotion of the language. There was a misconception of the influences of JavaScript by an earlier scripting language developed by Nombas named Cmm. This language often gets confused with C–, which was created in 1997. It turns out that Nombas did pitch their scripting language to Netscape early on for Navigator, but web page scripting was not a new concept at the time. Also, Eich had never heard of Cmm when he was developing LiveScript.

JavaScript confused even authors and publishers with the fundamental elements of the language. This placed many struggles on developing proper books and resources for developers and designers. Many developers had to specify which browsers were most efficient with their sites. It also made it very difficult for designers to create websites and applications that were more universal in browsers. Many people started to have a disdain towards the language in the late 1990s and early 2000s.

Though JavaScript received mixed reactions from the public, Netscape’s vision of the language was only half the battle. They didn’t just want to provide a response to the browser wars—Netscape wanted to set the standard for all the web. They wanted to be able to integrate the language across various platforms as much as possible.

In November 1996, Netscape met with the EMCA International. They submitted JavaScript to develop a standard specification for other vendors. These vendors would be able to put in place their versions of the language based on Netscape’s work. EMCA debuted the first official release of this specification, known as ECMAScript, as the first standard in June 1997. JavaScript was, of course, the most well-known of the implementations.

This release produced many modifications from various companies, including Microsoft, Adobe, and Google. Languages like ActionScript and JScript were some of the implementations of the ECMAScript at the time.

In June 1998, they released an updated version of ECMAScript, which added updates to the ISO/IEC international standard. ECMAScript 3 followed in December 1999, which has been the modern-day baseline for JavaScript ever since.

Microsoft tried to respond and even cooperate with their version of the language called JScript .NET. But Microsoft had no intention of implementing JavaScript into their browser. Doing so would, in their eyes, give Netscape the decisive victory in the browser wars and they didn’t want any part of that. With everything pretty much at a stalemate, the fourth edition of ECMAScript was quietly abandoned.

Moving forward to the 2000’s, AOL bought Netscape in 2003 and discontinued most, if not all of its branding. Eich developed the Mozilla Project to continue the work that he started on JavaScript. He helped Mozilla rejoin with ECMA International as a non-profit organization. Joining with Macromedia, they continued the process of updating the standard ECMAScript for XML. This was a markup language that defines rules for encoding documents that are both human and machine readable.

» MORE:  The Top JavaScript Jobs Remote Workers Can Do

The developments were a struggle from both parties, but it was clear that JavaScript was becoming more application-based.

The stance on JavaScript began to grow more and more favorable. JavaScript grew to be one of the de facto standard programming languages of the modern-day web generation. Developments such as JSON and Ajax helped to reintroduce JavaScript in a more progressive light. Ajax is a set of web development techniques using many web technologies on the client-side to create dynamic web applications. The file formats included in Ajax are JavaScript and XML.

In the modern world, JavaScript has taken the stage by storm, revolutionizing how we use and interact with the web and technology on a daily basis. It is still one of the most difficult and hated languages today, but the original reasons for this have long since been left behind.

JavaScript has not only set the standard for web interactivity, but it’s changed how we develop technology as well. Statistics show that at least 90% of the websites in the modern-day Internet use JavaScript; more than any other language developed since then. This includes popular websites such as Google and Facebook. Also, all those notifications that you receive on your phone daily? You can thank JavaScript for that! 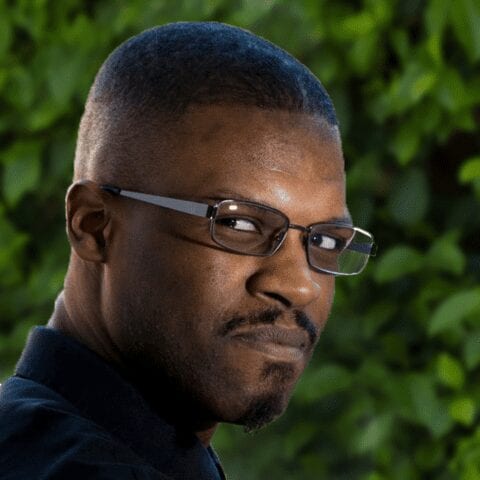 Diarte Jeffcoat
Writer at Career Karma
Diarte Jeffcoat is a software engineering student at Kenzie Academy. Originally from Columbia, South Carolina, he is a writer with a MA in New Media Journalism from Full Sail University. Outside of his journey breaking into tech, he does freelance work as... read more
Share This
Jan 8, 2020
Comments (0)