Scientists and doctors are finding, diagnosing, and treating many instances of new and existing mental health disorders every day. One of the most common is attention deficit hyperactivity disorder (ADHD), a neurological disorder that affects both children and adults.

According to the Anxiety and Depression Association of America, about 60 percent of kids with ADHD carry their symptoms into adulthood. You might think that adults with ADHD would struggle in our world of distractions. But if you were diagnosed with ADHD as a child or have a majority of ADHD symptoms, you don’t need to worry about falling behind in the workplace.

In fact, due to their distinguishing qualities such as empathy, energy, hyperfocus, and creativity, individuals with ADHD can excel at certain jobs. Many professions allow you to explore your inner superpowers and put them to good use. In this article, we will discuss some of the best jobs for people with ADHD.

ADHD is a biologically or genetically transmitted disorder that arises early in a child’s development. According to the Journal of Clinical Child & Adolescent Psychology, ADHD affects about 8.5 percent of children and 2.5 percent of adults in the US.

While adults with ADHD may experience trouble with some tasks, they also have qualities that make them great employees to have on staff. According to one study, people with ADHD are known to have high levels of creativity compared to their non-ADHD peers. People with ADHD also draw strength from hyperfocus and deliver great results.

Best Jobs for People With ADHD

If people with ADHD focus on their strengths and make the best use of their skills, they can perform well in a variety of jobs, some of which are listed below.

Students hate boring classes. A teacher can make a huge difference in livening up the atmosphere of a class. Teachers with ADHD infuse their lectures with energy. Whether they are teaching children, high school students, or adults, ADHD teachers can make classrooms fun and inviting for students.

As a teacher with ADHD, you may want to focus on time management and dividing your lectures properly to avoid breaking your attention. Also, make sure to take breaks frequently to get some fresh air and aim for a change of scenery now and then.

A cosmetologist is a licensed beautician who provides services such as hair care, skin care, manicures, pedicures, and other cosmetic treatments. As a cosmetologist, you probably won’t have to spend a long time on one session, which will give you time to take breaks when necessary.

Hair or nail treatments also allow you to be on your feet and move around between tasks, so you are less likely to feel bored or stuck.

People with ADHD are creative individuals. This quality gives them an edge over others in creative fields. For this reason, marketing is a perfect career choice for individuals with ADHD.

As a marketing specialist, you can provide a variety of great ideas for marketing campaigns for your organization. You will also be responsible for overseeing your organization’s social media operation. This will give you a chance to apply fun and engaging strategies for your target audience.

Graphic designers create things like brochures, posters, flyers, business cards, and logos. As a graphic designer with ADHD, the possibilities to shine and thrive are endless.

Learning digital design not only requires creativity but also attention to detail. At times you will have to spend several hours perfecting one graphic, which can admittedly be hard for a person with ADHD.

But certain strategies can help you overcome mental blocks and put your creativity to best use. Be impulsive in your work, for example, and don’t worry too much about the details. You can also keep your electronics away from you to avoid further distraction, and remember to take sufficient breaks to avoid burnout.

Becoming an entrepreneur involves impulsivity and risk-taking, two common similarities between entrepreneurs and people with ADHD.

According to one study, some of the most prominent entrepreneurs have ADHD. These include JetBlue founder David Needleman, Ikea founder Ingvar Kamprad, and business magnate Richard Branson.

All of these founders associate their success with their ADHD. People with ADHD are great at problem-solving and intuitive thinking, and they love to work independently. Once they channeled their strengths, they found a way to achieve their dreams.

Because of their enthusiastic and energetic nature, individuals with ADHD thrive in fast-paced environments. High-intensity careers such as dancers, entertainers, and producers are perfect for people with ADHD.

Adults with ADHD are happiest when they work in environments that provide them with chances and creative opportunities to explore themselves.

Some legendary painters and artists such as Leonardo da Vinci, Vincent van Gogh, and Pablo Picasso displayed clear signs of ADHD. Justin Timberlake, Adam Levine, Tim Howard, Emma Watson, and Johnny Depp are some of the famous people with ADHD.

Fast-paced hospital jobs, such as doctors, surgeons, and ER nurses, are a great career choice for people with ADHD. According to one study published in the Journal of the American Medical Association, 3 percent of medical students have disabilities. And of these, nearly 34 percent have ADHD.

Because these jobs require you to be on your feet most of the time, people with ADHD may find hospitals a good fit for them. Hyperfocus and multitasking skills provide them the opportunity to complete their tasks on time and think quickly on their feet.

According to some nurses with the disorder, having ADHD has made them even better at their jobs.

This list is in no way exhaustive. ADHD individuals also excel as police officers, chefs, journalists, and many other jobs.

Also, remember that by law no employer can discriminate against you for your ADHD. Both Section 504 of the Rehabilitation Act of 1973 and the Americans with Disabilities Act (ADA) disallow discrimination against people with ADHD.

Creativity, empathy, resilience, and divergent thinking. These are just some of the super qualities of ADHD that many non-ADHD people do not possess. While some people choose to focus on the negative aspects of ADHD, you can instead stay focused on the positives and use them to your advantage. 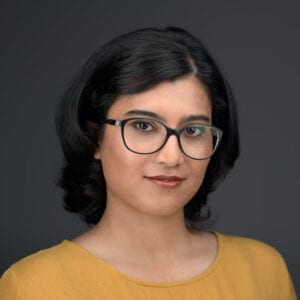 Saira Tabassum
Writer at Career Karma
Saira is a writer at Career Karma, where she covers topics such as technology, occupations, and higher education. After earning bachelor's in Mass Communication from National University of Sciences and Technology, Saira moved to the San Francisco Bay Area... read more
Share This
Jan 5, 2021
Comments (0)