Although financial security is not the end-all-be-all when choosing a career, it inevitably becomes a concern down the road. For Hannah Burgess, this became evident when she became a mother.

At age 21, Hannah was already working long hours as a nanny, with a second child on the way. While on the job, she saw the comfortable lifestyle the family she was working for had.

“The parents had this amazing aura of confidence and charisma that you can’t help but admire,” she said. Desperate to keep a roof over her family’s head, Hannah asked the couple one question: “What do you do for a living?”

The answer compelled Hannah to go home that day eager to learn more about sales careers. “I wanted to know how to get into sales and what the best industry was for that,” she said.

After hours of reading, she saw hundreds of opportunities. Yet she found the most promising jobs in one industry: tech.

There is no shortage of perks to choosing a career in tech sales, otherwise known as Software as a Service (SaaS). Finances Online forecasted the value of the global SaaS market will reach $623 billion by 2023, growing at 18 percent per year.

As it surmised, SaaS is “one of the best things that ever happened to computing, sending many businesses scrambling to get a hold of such systems.” The huge demand for software sales has pushed it to become one of the most lucrative jobs in the market.

The earnings for entry-level software sales positions hovers between $60,000 and $80,000. This is nearly double the average of median wages across the job board in the United States. Those higher up the ladder earn an average base salary of around $77,000 plus commissions, racking up to nearly $140,000.

Despite the appealing figures, software sales roles are tough to fill. In 2019, sales was the second most in-demand career yet the third most difficult to hire for. Its lack of sway could be due to bad perceptions many people still have about sales.

At the top of the list is the pervasive image of a telemarketer who interrupts your dinner, an automobile huckster, or an overactive door-to-door knocker. Those stereotypes make salespeople look like takers. The modern software salesperson is much different.

To fill the skills gap, a dynamic educational model entered the market: bootcamps.

Bootcamps established their presence in the early 2010s in a bid to bypass gaps in the traditional university model. During its early years, bootcamps mainly covered web development and software engineering. It wasn’t until later that the bootcamp model expanded to fields beyond coding.

In 2018, sales veteran Josh Jordan founded Prehired. He initially sought to help salespeople from other industries who, despite putting in 40-hour workweeks, still teetered on the edge of financial fallout.

Over time, that goal evolved into a more inclusive target. As their current mission statement goes, Prehired seeks to “help regular folks break into software sales in 12 weeks, on average”.

Prehired’s reach then extended to those without prior sales experience and holders of a high school diploma or a GED. The low barrier to entry hinged on the idea that a college degree does not equate to career-readiness.

In other words, competence trumps credentials. The approach aligned with top tech companies which, in recent years, have also shifted to skills-based hiring.

Prehired also accommodates low-earning applicants through Income Share Agreement (ISA) loans. So, it pours in the time and resources to train members and they only spend a dime after securing financial stability.

Of course, Prehired would be the first to recognize that this sounds too good to be true. Even Hannah, when she first came across the program on social media, said: “It looked like a scam.”

But for a single mother of two with only a GED to show for, Hannah knew that the opportunity was too good to pass up. So, she did the work. Hannah spent weeks researching Prehired. Only then did she book an interview with Prehired to make her tech “debut”.

She wasn’t the only one.

Fitness and defense instructor Jared Miller had the same reservations. At the time, he was looking for a career that would offer more room for growth.

Then, Prehired popped up on his Facebook feed. “Initially, it was just a name for me. And the whole thing, in general, was scary because I’d have to put some kind of investment on my end.”

So, like Hannah, he did the work. He reached out to the Prehired team and started asking questions. For him, it was Prehired’s ISA that lowered his guard.

“It was a vastly different approach from other programs that demanded payment upfront,” said Jared. “It was like Prehired saying, ‘Hey, we want you to succeed because that’s our whole business model.’ And that’s what made it an obvious choice for me.”

Zeena Greene’s entry to Prehired was even more gradual.

She first came across Prehired in 2017—back when it was just beginning. At the time, however, the cost of the program didn’t fit into her budget. “It was a good option. But it just wasn’t the right time for me personally,” she said.

Over the years, Prehired stayed at the back of her mind. It wasn’t until later that it, once again, took the front seat.

The second encounter with Prehired happened after Zeena received an email announcing its introduction of the ISA. To her, the loan option couldn’t have come at a better time.

“I was working a temp position at that time. The financial instability in my life was glaring,” she said. “When I came across Prehired again, it had grown so beautifully. It had so much to offer than it did in the beginning. So, I decided to take a chance and change my life.”

How Prehired Is Creating a Culture of Learning

Prehired goes beyond the textbook definition of a bootcamp. More than being a bootcamp, it’s a lifetime membership community. Big words? Maybe. But Prehired lives up to the hype by operating under a continuous learning model.

To achieve this, Prehired adopted a new learning framework: the 3 E’s–Education, Exposure, and Experience.

To someone with no sales background, the course may seem jarring. As such, every member is matched with a mentor during the learning process. Prehired mentors serve as the catalysts for improvement. They expose members to a variety of methods that they could use in the real world.

Of course, mentors promote accountability, not dependency. So, the work still lies in the members themselves. If anything, the mentors serve as the breath of fresh air when members feel like banging their heads against their screens.

Members also have access to a large network of peer members, career advisors, and connectors. In Prehired, having community members as future colleagues, employers, and even friends is not unheard of.

Typically, bootcamps last up to three months. After this, students are somehow expected to hit the ground running. Most offer career services post-course but few do it well. Prehired belongs to the latter.

For Hannah, despite only completing 40 percent of the first program, she had already been tapped by four companies who saw the Prehired name listed in her LinkedIn profile. The calls, for her, were a testament to how Prehired can be a springboard to financial and career security.

The community’s reputation among hiring managers was not built overnight. It grew out of Prehired’s intensive training structure where members go through the real-world selling process to land jobs. They reach out to potential employers the way a sales professional would.

This set-up replaces the arduous and hit-or-miss process of job hunting where students, even though they know the tools of the trade, have no idea how to use these to their advantage. On the other end, it gives hiring managers an idea of how Prehired members prospect, which they’ll be doing if they’re hired.

Jared experienced the impact of this training firsthand. During his job search, he received an invitation for an interview from one of the companies he applied for. The hiring manager at the time opened the interview with an unusual line.

He told Jared that the company does not hire people without years of experience. “But I was so impressed with your outreach that I still wanted you to come in for an interview.”

Although Jared didn’t get the job, he got through to the final stage of the interview process—an impressive feat for someone who was outside the company’s standard hiring profile.

Perhaps, Prehired’s approach can be summed up through Hannah’s words. “Prehired teaches us how to reach out to people in a way that’s different, catches their attention, and keeps it.”

Only a week after finishing her coursework, Hannah went to the interviews she secured halfway through the training. She came back with three solid offers.

She eventually chose the SaaS startup, Reimbi. There she worked as a Sales Development Representative. It was a role she never would have envisioned herself in before Prehired.

After gaining significant experience in the industry, Hannah was recruited as Prehired’s Admissions Advisor, drawing a full circle since she broke into the industry. Months later, she got promoted to a Partnership Manager role.

For Zeena, success came when she landed the role of a Business Development Representative at the SaaS customer experience platform, BirdEye. And Jared? He got his career growth wish. He took an offer from 7 Figure Automation, where he became an Account Manager.

Throughout the process, Prehired stayed true to its promise as a lifetime partner. It gave them unlimited access to many premium benefits.

These include three programs tackling the full spectrum of career development—helping members get hired, promoted, and eventually getting into management.

Other perks also include content updates to keep members aware of the current trends, mentoring, live training, and yearly summits.

With these stories, Prehired is making a clear statement: Success does not come on a silver platter. “I cranked up sales podcasts while making lunch and rocked sleeping babies in baby carriers while learning how to navigate CRMs,” Hannah recalled.

“I practiced cold calling on Zoom with my mentor while bouncing my newborn on my right arm,” she added. In the words of Zeena, “If you’re going to get into Prehired, don’t half step.”

To this end, Prehired members also put in a persistent commitment to improving.

The average Prehired member makes $73,000 in their first year and many make six figures in their second year. Between the statistics and member experience, Prehired lives up to its reputation as a platform transforming people’s lives.

Intrigued? Apply to Prehired today to see if they can help you reach your career goals. 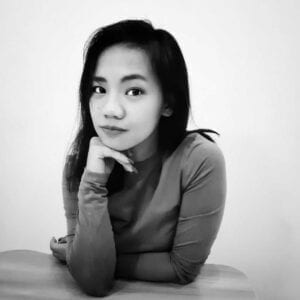 LJ Nicole Maske
Editor at Career Karma
As an editor and writer at Career Karma, LJ Nicole uses her research skills to cover topics like financial advice, online bootcamps, and job training programs. After earning her Bachelor of Arts in Philosophy at De La Salle University, Nicole was a market... read more
Share This
Oct 1, 2020
Comments (0)