Unreal Engine is one of the best game creation tools on the market. The company Epic Games released Unreal Engine 4 in 2014, with Unreal Engine 5 set to come out in late 2021. Learning how to use Unreal Engine is highly beneficial for those interested in working in software development, design, and of course, the video game industry.

Read on to discover how you can learn Unreal Engine and take your skills to the next level.

What Is an Unreal Engine?

The Unreal Engine is a game engine, which is a type of software that developers create and constantly update for people who want to build video games. The primary function of a game engine is to offer game developers a space to build different types of games and render them for both 2D and 3D graphics.

Developers often use the same game engine platforms to produce many different games. Unreal Engine is responsible for every installment of Gears of War and Unreal Tournament, just to name a couple of series.

What Is Unreal Engine Used For?

The main use of Unreal Engine is to create video games. This real-world technology offers a complete suite of real-time development tools for developers. Let’s look at some of the many features that contribute to its high usability.

Just like any other software you want to learn, you need a certain set of skills to become an expert game developer. Working on the Unreal Engine builds those skills, some of which are laid out below.

The demand for Unreal Engine skills has always been high, and 3D skills rate higher than most. Working with 3D graphics gets you a higher salary and more job opportunities. Unreal Engine can make you proficient in 3D animation, visual effects, and computer graphics.

Graphic design is the basis for any game development or tech industry career. If you haven’t already thought about taking a graphic design course, you should probably start now.

C++ is one of the best programming languages for game developers. This language is also used in various sectors such as construction, manufacturing, information technology, engineering, and architectural visualizations.

As we have already established, Unreal Engine is a powerful and well-known game engine used by developers worldwide. If you’re keen on mastering it, there are a few ways to go about it. You can take an online course, attend face-to-face classes, or try a bootcamp, which is a great way to gain intensive training in job-ready skills.

Whatever your learning style is, choose the one best suited for you. You will need to put in a lot of time and effort before you’re confident enough to create games all on your own.

How Long Does It Take to Learn Unreal Engine?

Because of all the information available online and in books, you can start learning how to use Unreal Engine immediately.

How long it will take to start building video games or mobile games varies from learner to learner. It will all depend on how much time you put into the learning. The skill can be self-taught, but to speed up the process, we recommend classes and formal training.

How to Learn Unreal Engine: Step-by-Step

If you’re eager to start learning right now, the following guidelines will point you in the right direction. These steps are not set in stone, but will give some general ideas.

The Unreal Engine’s team of developers, artists, and designers work together to create inspiring games and many of them contribute their skills to the betterment of society’s game developers. The Unreal Engine website has several resources such as white papers, presentations, and videos for you to take advantage of.

But the learning options are endless. You can take an in-person course, enroll in an online class, join a coding bootcamp, or even browse free course materials. Let’s take a look at these options in more detail.

In-person classes are all about hands-on training. With one of the hand-picked options below, you can learn Unreal Engine with a like-minded group of people over a few hours or a few weeks.

Software Academy is a private training facility that offers classes to beginners and professionals. It teaches everything from coding and animation to design and game development. Check out their hands-on sessions that deal specifically with Unreal Engine 4.

This online tutoring service caters to students and professionals who want to upskill themselves and learn from online real-time videos. Tutors offer online sessions based on an hourly rate, and each tutor has a profile that you can view to find the right fit.

PluralSight has over 50 courses to tap into. The knowledge focuses on different aspects of Unreal technology for specific goals, implementing multiple methods. Learn all the fundamentals and upskill yourself in C++, blueprints, lighting, and more.

The two hand-picked courses in this section are offered by the same well-known course provider but each approaches the development process in a slightly different way.

This game development course is offered by Ben Tristem and Sam Pattuzzi, two renowned developers in their own right. Their course has been taken by more than 100,000 students so far.

Requirements are a 64-bit PC that can run Unreal 4 or a Mac that supports Metal, and a minimum of 15 GB free disc space. You will get to learn C++ from scratch, in addition to understanding how to build your first video game in Unreal engine.

Provided by David Nixon, this training teaches you video game development and how to build your game from scratch using UE4. One of the important things about the course is that it helps you script logic to define gameplay without really needing to know how to code.

Nixon holds a degree in Computer Science from Florida Atlantic University and is a professional software developer. Over the years, he has developed multiple games for different clients and has gained recognition for providing the best user experience.

Once you have found the perfect free class for the subject you want to learn, the world is a better place. Of the many free classes out there, two of the best are included below.

What better way to learn than from the creators of the engine itself? The Unreal Engine creators have their very own online courses for budding game developers. Included in this package are a host of free hands-on video resources and guided learning paths.

This training was created to help budding game developers understand how to use the unreal engine. It covers the vital concepts of visual scripting, level design, effects, lighting, cinematics, and much more. Instructor Craig Barr helps you to create your first project, export and import assets for use in design, and build a base landscape.

In addition to the fundamental topics, get a thorough introduction to Blueprints, the visual scripting language, and start optimizing performance for great gameplay with Unreal.

Provided by Scott Pagano, this is a quick start guide to real-time motion graphics for designers and developers. Learn how to design, prep, and import animated and static geometry and play around with different elements such as lighting, camera angles, and shading, while integrating it with other tools such as Adobe after-effects.

Lastly, there are books, the good old-fashioned way of learning. We have learned this way since we started school and it will continue to carry advantages for a very long time. For those who love this method, we’ve got you covered.

This book comes highly recommended by the Unreal community itself.  It will teach you how to create unique characters such as aliens and monsters, use C++ programming skills, and eventually create your very own games.

Once you understand the different features of Unreal Engine, you can do anything. Learn all about the different lighting effects and realistic rendering. Bring your characters to life using Foliage Shading. This fast-paced guide will help you learn a lot of the essential skills needed to create the unique works that gamers enjoy.

You can also learn how to use Unreal Engine and get certified in the process. The following option is a program that offers a professional certification upon completion.

Available for $537.30, this certificate program provides the core skills and resources needed for rapidly expanding career opportunities that require Unreal Engine competencies. Learners new to this technology will gain fluency in the subject matter and be able to put their skills into practice immediately.

You can build a solid foundation in the fundamentals of game development while gaining interactive 3D skills. As a result of all your hard work, you will be presented with a certificate that will help you advance in your career.

Should You Study Unreal Engine?

Why wouldn’t you want to master the skills and experience needed to build a career in gaming? Anyone amazed by the level of detail involved in the cinematic experiences of popular games, and wants to help build them, should take Unreal Engine courses. 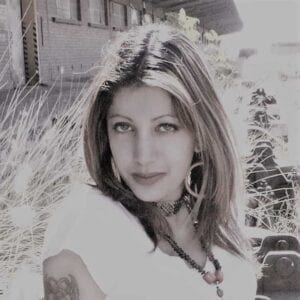 Biba Rey
Writer at Career Karma
As a writer for Career Karma, Biba covers topics such as tech careers, online learning, and higher education. After graduating with a BA in International Marketing and Communications from the University of Pretoria, Biba started her writing career. She ha... read more
Share This
Dec 28, 2020
Comments (0)