Should you learn AngularJS? And what is this technology used to accomplish in web development? These questions and more are addressed in this article.

AngularJS is used in the frontend of a MEAN stack, which is very powerful, composed of a MongoDB database, Express.js web application server web framework, Angular JS and Node.js server runtime environment.

What is Model-View-Controller (MVC) Architecture?

The MVC architecture is a software design pattern used for developing user interfaces (UIs). It splits the logic into three interconnected parts.

The architecture is implemented to separate the internal representations of your application in your code. It is a way that reflects how user information is presented followed by how that information is then accepted.

The model is the central component of the pattern which manages the data, logic and rules of the application. The view is responsible for any representation of information on your web application. Lastly, the controller receives input and interprets the directives for the model or view.

How Does Angular JS Work

Learn how to build an HTML form in our HTML article.

AngularJS can read those attributes as commands. Those commands are used to bind, render or read parts of the page to a model that is represented by JavaScript variables. Those variables can be defined in your code editor or called up from static or dynamic JSON resources.

Read more about JSON here in our article.

One of the Angular’s most prominent features is its two-way data binding. Data binding is a technique that merges data sources from the provider and consumer to synchronize them.

This feature relieves the server’s backend from template responsibilities. With two-way binding, templates are instead rendered in plain HTML in accordance with the data contained in scope and defined in the model.

What is Scope relative to AngularJS

As a part of the MVC architecture, the scope forms the model. This means that all variables defined in scope can be accessed by the view, as well as the controller.

The scope is the glue that holds the view and controller together. The scope service in Angular sees changes in the model and transforms the HTML in the view using the controller.

The same happens for changes detected in the view by the scope service in AngularJS. The necessary changes are reflected in the HTML in the model. This nullifies the need to manually manipulate the DOM and encourages bootstrapping and rapid prototyping of web applications.

Read more about the DOM in this article.

What is Bootstrapping and Prototyping

Prototyping is an interactive mockup or a demo of what your web application will look like when it goes live. Bootstrapping utilizes libraries like bootstrap to quickly create uniform components in your application.

In this article, we learned about the uses of AngularJS, how it works and identified some prominent features. We also learned what scope is relative to Angular and how important it is to the framework’s MVC architecture. Last, we talked about what binding is and the way Angular uses two-way binding.

Now you are well on your journey to learning more about AngularJs. This was just the beginning. 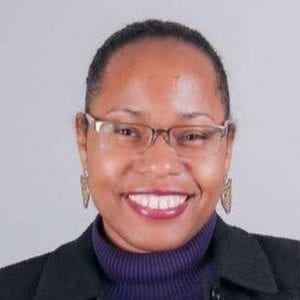 Morgan is studying Software Development at Lambda School where she is a Full Stack Web Developer and a Mentor. She has studied different technologies like React and Redux on the frontend and Python and Django on the backend. Morgan has also studied algorithms , python data structures, and hash tables.

How to Learn Node.js: A Guide to Getting Started

JavaScript: Courses, Training, and Other Resources