While it may be inherently a status symbol for those able to afford its products, Apple is more than just “designer tech”. In fact, the modern-day tech giant is one of the largest tech innovators in the world. Starting from humble roots, Apple has grown into the multibillion-dollar company that it is today. The company currently employs over 123,000 people in 24 countries worldwide. As far as consumer outreach, over 1.3 billion Apple products are actively used throughout the globe.

A Short History of Apple

Apple was founded in 1976 by Steve Jobs, Steve Wozniak, and Ronald Wayne. The company began in Steve Jobs’s childhood home’s garage. It was here that Wozniak developed the first Apple product, the Apple I, which looked nothing like the computers we see today. However, they sold well, and in 1977, Apple Computer Inc. was incorporated and given $250,000 in funding. From that point on, Apple doubled its sales and revenue quarterly and made $118 million dollars by 1980. The company would experience a period of highs and lows over the next 27 years with multitudes of innovation taking place. In 2007, one of the largest innovations that Apple had seen yet was released. This of course was the first iPhone. Three years later, Apple continued its innovation with the development of its first iPad. After Jobs’s death in 2011, Tim Cook took over as CEO and continues to lead the charge for innovation. This charge for greatness continues today as Apple desires to hire only the best and brightest for it’s teams.

» MORE:  Hack Reactor Interview Questions and How to Answer Them

So, now that you’ve gotten to know the history of Apple, let’s take a look into the hiring process. If your application is selected by the Apple hiring team, you will most likely be asked to conduct several rounds of phone interviews with multiple staff members. If you are successful with the phone interviews, you will then move on to onsite tests and interviews. After this period, you will receive an answer as to if you are invited to get a job at Apple. While timelines vary per applicant, the average wait from recruitment to offer is anywhere from a few weeks to a couple months.

Now for the moment you’ve been waiting for, these some of the front end developer interview questions asked by Apple:

These are just a few of the potential questions that you may be asked during your front end interview with Apple. Apple is notorious for making applicants think and solve complex problems. So, if you love a challenge, Apple might just be the place for you!

Ready to Get Started?

If working at Apple is your dream job, you may be wondering how to get started. Coding bootcamps are the best way to learn front end developer skills and get connected with tech industry leaders. Career Karma can help connect you to the best coding bootcamp to help you succeed!

» MORE:  Common Director of Operations Interview Questions and How to Answer Them 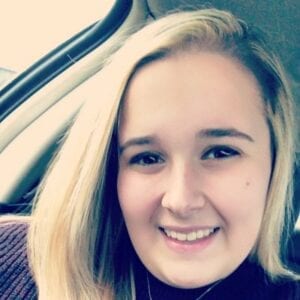 Gaib Bunch
Writer at Career Karma
Gaib is a lover of all things technology and design! Gaib is passionate about helping people learn about latest technologies and discover great career opportunities in technology read more
Share This
Aug 14, 2019
Comments (0)