C is a low-level procedural programming language. Meanwhile, C++ is procedural and supports object-oriented principles. C++ is a superset of C, which means it is based upon C. When it comes to C vs C++, both languages are used widely today in systems programming.

C is the older of the two languages, having been around since 1972. It was created by computer scientist Dennis M. Ritchie at Bell Labs. A lot of seasoned programmers mentioned C as their language of choice because it is considerably simpler and more straightforward than other modern languages, yet capable of solid software development.

C++ was established in the early 1980s as an extension of C. This allows C++ to support all of C features and more. C++ is better suited for game development and application development. However, there are several differences between the two languages that make beginner programmers wonder if they should be learning C or C++. Discover more in this guide.

What Are C Languages?

CC languages are, in many ways, the bedrock that most software stands on. Python, for example, is a high-level programming language that is influenced by C languages. They are also the foundation languages for Java, JavaScript, Perl, and PHP.

C languages are general-purpose languages. They are not only the basis for many other languages but they are also still in use today. C, for instance, is a decades-old system language that has been used to power popular operating systems like Windows and Linux.

Meanwhile, C++ uses a bottom-up approach that sees programmers using low-level design to achieve high-level results. C++ has been used to write some of the most used technologies today like Adobe systems, MySQL, Google applications like the Chrome browser, and enterprise software.

C and C++ are the oldest and most well-known languages in the family. According to PYPL, these languages rank number six in usage worldwide as of January 2020. PYPL tracks and ranks the popularity of programming languages.

We’ll compare C++ vs C programming languages in-depth in the section below by looking at their essential features. This should help you decide whether C++ or C would align more with your interest, career goals, and skill level.

Dennis Ritchie first developed C in 1972 at Bell Labs. It was originally made to run on the Unix operating system. Then, the core of Unix was modified to run on C. At its core, C is a general-purpose, compiled, and procedural language. It is statically typed and it supports lexical variable scope and recursion.

At the time of its creation, C was cutting edge, replacing assembly language as the go-to for operating systems like Unix and later Windows. It’s considered a low or mid-level programming language because it has a low level of abstraction.

Pros and Cons of C

C may be a language of choice for some programmers but not others. This is because your preference would highly depend on your skill level, project, and experience. We have created a list of C vs C++ pros and cons in the table below to provide an overview of the two languages.

C++ is a compiled, statically typed, and object-oriented programming language. It’s hard to start up your computer without running some C++ code. Adobe software, Google software, MySQL, and even large parts of Windows itself are all made with C++.

Pros and Cons of C++

Similarly, C++ may be more appealing to programmers who are building a browser extension, game engine, or even enterprise software. While it has more language features than C, C++ can be slower and as such, can influence development time. Below you will find the continuation of the C vs C++ pros and cons, compiled in a table.

Most people, especially beginner programmers, may struggle to determine the key differences between C vs C++. To help you determine which low-level programming language better suits your needs, let’s go over several key factors like syntax, object-oriented programming, data types, and other features.

It’s important to note that since C++ is a superset of C, you can run most C code on a C++ compiler. However, C++ cannot usually run on a normal C compiler. This means that if you wanted to, you could code in C on a C++ compiler. Essentially, C vs C++ syntax can be the same except C++ may have extended grammar.

C++ adds classes and object-oriented programming to the C language. As an object-oriented language, C++ has the ability to use data encapsulation and information hiding. Variables that were visible in C can now be hidden inside a class that only certain functions can access. Because of this, C++ has much better data security over C, the latter having public variables that malicious code can access.

» MORE:  The Similarities and Differences Between AWS and Azure

When looking at C++ vs C data types, it should be noted that both languages are statically typed. However, C only has support for primitive predefined data types. Those data types don’t include (shockingly) boolean or string data types. In C++, one can create user-defined data types along with the same primitives that exist in C (and, of course, boolean and string types).

While C++ is an extension of C, the applications of C and C++ differ greatly. C is used to develop operating and embedded systems, Android technology, and popular databases. C++, on the other hand, is object-oriented which makes it even more versatile. C++ is used to program all kinds of software, even the web browser you are using to read this article.

Compatibility With Each Other

The compatibility of C and C++ is a common area of curiosity. In a nutshell, C++ is basically C but with classes. C++ can be considered a mid-level language that can be written and run fully in C. However, because C does not support object-oriented programming, lines of code in C are not always compatible with C++ programs.

Compatibility With Other Programming Languages

In some instances, the two languages can be compatible with other programming languages if you use a third-party interface. However, due to performance differences, running C and C++ in other programs can slow down the process or return incorrect code, which may lead to other issues in the development stage.

Now, you may be wondering, “Is C++ more difficult than C?” The answer is both yes and no, depending on what you are trying to achieve. C gives direct control over memory and hardware. As a superset, C++ has the same control but with easier tools. If you are learning C, you’d be learning the hard way to do things but you’d also have more control over what you do later.

How Do Programmers Use C++ vs C?

C is a procedural language with manual memory management. It’s designed with a top-down approach in mind. This allows developers to design the top-level elements and structures before moving on to the smaller inner workings. This is an easy-to-comprehend structure and results in organized programs.

C++, on the other hand, is a bottom-up programming language with lots of features. Like most object-oriented languages, a designer typically designs multifunctional modules intended for use when designing the main function of the program. This approach is more difficult to organize but results in more modular code and a final product that’s easier to use and modify.

Which Approach is Better?

Neither of these approaches is better than the other when using distinct programming languages like C and C++. It really comes down to preference. Skilled programmers can use either to create a fully functioning program. That said, bottom-up is usually better for teams and top-down for individuals. Bottom-up tends to be messier than the organized by default top-down.

Intent and Use Today

Despite the fact that C++ has all of these features, C is still in use today. This is because C is lower level, and therefore smaller and faster. As much of the Windows OS is written in C++, many parts of its core components are made in C for the extra speed. C is a good choice for embedded systems because of this extra performance.

C++, on the other hand, is still incredibly fast. It is the first choice for systems that require speed but still need the functionality that C++ offers. Fields like AAA game design and networking use C++ because it’s fast, but it still retains higher-level features that make development realistically possible.

C++ vs C: Which Language Should I Learn First?

Learning C or C++ is a good move if you’re looking to break into tech. C++ is a superset of C. C++ is object-oriented, bottom-up, and includes many high-level features. C is low-level, procedural, and top-down. C is still in use because it is slightly faster and smaller than C++.

Although C is a decades-old system language, it is still relevant today. In fact, learning to program in C can improve how you program in C++. Neither is a bad choice and both have practical career applications. So, if you’re wondering if you should learn C or C++ first, we recommend picking a language that best suits your interest and goals.

A lot of people wonder if C++ is better than C. This actually depends on your intended use or applications. C++ is more useful if you are developing modern applications such as a game engine or browser extension because it supports object-oriented programming. However, C is lightweight and portable which makes it great for building embedded or operating systems.

How are C and C++ Different?

If you are curious about how different C++ and C are, you should know that C++ is designed as an extension of C. Therefore, C++ supports all features of C. While C is a low-level programming language, it is the original language for C++ so code in C can run in C++ programs pretty smoothly. They also have different real-world applications.

Can we learn C++ without C?

Yes, you can learn C++ without C. While C++ is based on C, many of the concepts used in C++ development are different. C++ is object-oriented, so the development methodology may differ from most C applications. However, learning C will help you build a strong foundational knowledge and can help you better understand the low-level functions in C++.

C is faster than C++. It is a low-level programming language and is closer to machine code. It is more lightweight and speedy because it only supports procedural programming and not object-oriented programming. 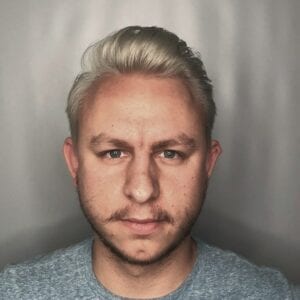 Ethan Scully
Content Partnerships Manager at Career Karma
Ethan Scully is a writer, editor, and game developer who manages Career Karma's content partnership initiatives and is currently based in Istanbul. His relationships with coding bootcamps give him particular insight into these new job training programs. B... read more

Anith Adilah
Editor at Career Karma
Anith contributes to Career Karma as both a writer and an editor, covering coding bootcamps and other developments in job training. Since earning her bachelor's degree in English Language and Literature from the International Islamic University Malaysia, ... read more