Virtual reality (VR) technology is changing the future of gaming, and has led to the creation of some of the best virtual reality startups. These innovative companies have not only helped to expand augmented reality, but they have helped create digital experiences never seen before.

Virtual reality startup companies are responsible for creating devices like the Oculus Rift and the Samsung Gear VR. They are also content creators who can make 3D modeling out of even the most complex layouts and office settings. Continue reading this article for a closer look at these exciting new VR startups and the projects they’re working on.

What Are Virtual Reality Startup Companies?

Virtual reality startup companies are small tech businesses that focus on using virtual or augmented reality in application development and game engines. The development engine may be used for health care, big data, real estate, games, or entertainment. Reputable companies have helped make a difference in their industry through augmented reality.

Breakroom is a small Icelandic startup. They aim to bring a distraction-free work environment to your home or office through VR tech. This content creation company uses virtual reality headsets to allow users to experience being in the workplace for people who work from home. There are also 20-plus virtual environments that provide peace and calm to increase focus.

Through augmented reality and extended reality, Holoride has created technology that significantly reduces motion sickness, and makes any driving VR video game feel as realistic as possible. Holoride achieves this immersive experience through software integration, which combines data from the car’s navigation system with VR technology.

» MORE:  Who Uses Python? Companies That Use Python and What Python Is Used For

Magic Leap is an augmented reality company with the goal of allowing users to see, hear, and touch digital content in the real world. Magic Leap offers an immersive platform that amplifies the users’ senses to make them co-present within a digital space. For example, through Magic Leap and using the VR head-mounted display, users can attend meetings or visualize 3D models.

Matterport is a virtual reality company that delivers VR to the real estate industry. Their core services work to scan and map complex layouts of homes and buildings on the market.

The tech is used by real estate professionals to offer potential home buyers a more realistic 3D tour. Visitors can see the spaces three-dimensionally by taking a virtual tour that gives them a real-life feel, without stepping foot in the structure.

Niantic is an augmented reality game company. Their content creators focus on connecting virtual reality applications with the real world through mobile platform development. This interaction encourages users to get out of the house and enjoy the outdoors. This exciting new technology has been used in popular mobile games like Pokémon Go.

Oculus is one of the most popular virtual reality companies in the gaming industry. This VR startup is best known for its virtual reality headsets, such as the Oculus Rift, Oculus Go, and Oculus VR. Popular games include Harry Potter Quidditch and Jon Favreau’s Gnomes & Goblins. Its parent company, Meta, owns Oculus, and the startup continues to develop ground-breaking tech in the world of VR gaming.

Owlchemy labs is a famous gaming startup centered around VR whose software integration has created a virtual reality simulation gaming experience. The company’s best-known game is called Job Simulator, where the user wears a virtual reality headset to emulate what it’s like to work in office settings.

Owlchemy works with both desktop and mobile app platform development. Many of its games are compatible with Oculus Rift, Oculus Go, and other Oculus VR devices.

Vicarious Surgical’s modeling concepts work to reduce the invasiveness of abdominal procedures and other medical applications. Using haptic simulators, robot arms, and cameras, doctors can visualize the interior of the abdomen while only making a 1.5 cm incision. The haptic simulator virtual reality headset allows the doctor to see clearly during their virtual experience.

Within is known for its original content of short films, including animated, experimental, horror, documentaries, and music films, such as Reggie Watts’ Runnin’. Their mobile applications are compatible with many Oculus VR systems, including the Oculus Rift and Oculus Go for mobile games.

Benefits of Working at a Virtual Reality Startup

There are many benefits of working at a VR startup. Innovations in augmented reality and software integration have made it a growing and exciting field. Below you’ll find a few reasons why you should consider working for one of the many virtual reality startup companies.

Top 5 Reasons to Work at a Virtual Reality Startup

Can a Coding Bootcamp Help Me Get a Job at a Virtual Reality Startup?

» MORE:  The Biggest Companies to Work for in San Jose

Should I Work for a Virtual Reality Startup Company?

Yes, virtual reality companies are excellent places to work, especially for those interested in software engineering who have good attention to detail skills. You’ll be part of a team that creates exciting, original content design for industrial applications, educational content, and game engines.

How much do virtual reality developers make?

According to ZipRecruiter, virtual reality developers earn an average of $89,590 per year. Depending on the level of experience and job requirements, salaries may go over $150,000 annually.

What coding language is used for VR?

What education do I need to work in virtual reality?

A degree in computer information technology focusing on programming or software engineering is necessary for a job in virtual reality, according to the Bureau of Labor Statistics. Having a Bachelor’s or Master’s Degree in Engineering, Math, or Artificial Intelligence can also be beneficial. There are also options such as bootcamps or free courses in which to learn virtual reality.

What careers use virtual reality?

Virtual reality is found in many different industries, such as the healthcare, entertainment, real estate, and gaming industries. An entertainment software company may use VR for games or movies. Real estate professionals use virtual reality to visualize properties and model concepts. Health care professionals can use VR to help relieve chronic pain. 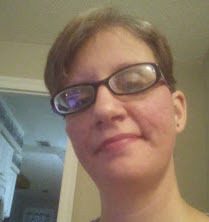 Denise Sullivan
Content Writer at Career Karma
Denise is an experienced freelance writer. She began her career as a technical writer, creating manuals for flight simulators. Since then, she has written about cloud computing, VPNs, printed circuit boards, and more. She holds an Associate Degree in Jour... read more
Share This
Aug 16, 2022
Comments (0)